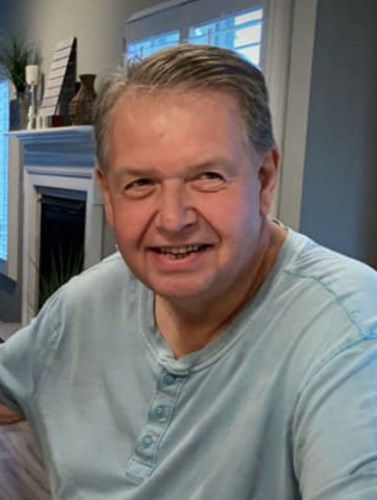 Richard (Rick) James Harley, 66, passed away Nov. 23, 2021, after a long and courageous battle with Dementia. He was born on Sept. 29, 1955, to Richard (Ulysses) Harley and Elenore (Jean) Harley. Rick spent his youth in Medaryville, Indiana, and later moved to Westville. He graduated from Chesterton High School in 1973. Rick spent most of his adult life in Michigan City and Trail Creek, Indiana.

A lifelong car enthusiast, Rick earned the nickname Ricky Racer and was also known by his CB handle "Midnight." Many nights were spent racing his Chevelle in the 70s. Working as a machinist most of his life, he was employed at Sprague Devises/Dana Corporation for 15 years and Federal Mogul for nearly 10 years. Rick was one of the hardest working and dependable workers, missing very few days in more than 25 years of often 60-plus hour workweeks. He was an ornery soul with a big infectious laugh and sense of humor. Rick enjoyed good food, a good laugh and good music.

In his free time, he enjoyed watching Indy car, Cart and NASCAR, as well as Chicago Bears and Notre Dame football games, oftentimes getting so engrossed in the action that his cheers and jeers could be heard across the neighborhood on a hot summer's day. Growing up during the race to space, Rick also had an affinity for stargazing. He enjoyed looking at the moon, stars and planets through his large telescope on clear nights. Rick's large earthly presence, yet gentle nature and incredibly warm laugh will be greatly missed.

Later in life, Rick enjoyed taking in the sunset as a longtime resident of Michigan City, Indiana, at the lakefront with his bride of 14 years, Kristi.

Memorials may be made to the Alzheimer's Association at act.alz.org/donate, so that they may continue their important work in providing Alzheimer's care and support and accelerating research. Rick's family will hold a celebration of life. For more information, reach out to the family.

Published by La Porte County Herald-Dispatch on Nov. 30, 2021.
To plant trees in memory, please visit the Sympathy Store.
MEMORIAL EVENTS
To offer your sympathy during this difficult time, you can now have memorial trees planted in a National Forest in memory of your loved one.
MAKE A DONATION
Please consider a donation as requested by the family.
MEMORIES & CONDOLENCES
2 Entries
I wish we were closer Rick. I hope Mandy or Candy see´s this and finds me on FB, Snap or IG. I want to get to know them better. [email protected]
Kevin Hoffmann
December 19, 2021
Amanda and Candice, I am sorry for the loss of your father, ( my 1st cousin) I wish we could be closer and would love to connect with you. Please reach out. [email protected] is my email.
Kevin Hoffmann
Family
December 4, 2021
Showing 1 - 2 of 2 results