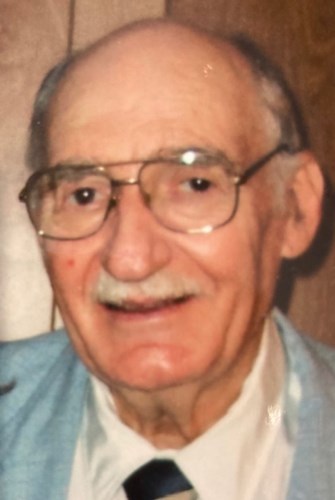 Rev. Walter Lee Hoard, formerly of Everett, Pennsylvania, went to be with the Lord Nov. 19, 2021. He had been receiving care at the Island Home Park in Knoxville, Tennessee.

He was preceded in death by his parents; his sister, Doris; his brother, Elbert; his son, Nathan Earl; grandchild, Hope Esther Nichols; and great-grandchild, Adassa Hannah Nichols.

Walter was a graduate of Mid-West Bible Institute. He and Charlene dedicated their lives to serving the Lord. Having their start where they met at Pacific Garden Mission in Chicago, Walter preaching and Charlene part of a choral group. Walter helped in starting many churches in the St. Louis area and later was pastor of Chatham Bible Church in Hazelwood, Missouri ('65-'79), Pines Bible Church in Michigan City, Indiana ('80-'87), and Pennwood Bible Church in Everett, Pennsylvania ('87-'97). Following his retirement he worked as interim pastor of several churches in the south-central Pennsylvania area. He also started and ran Faith Bible Institute.

Walter dearly loved his wife of seventy years, who was his true partner and supporter in all things. They worked together to raise their children in the fear and admonition of the Lord. The impact of his life is sprinkled throughout the world in lives touched by his thoughtful caring ministry and desire to see the lost brought to a saving knowledge of Jesus Christ.

A viewing will be held Nov. 27, from 2 to 3 p.m. with a 3 p.m. service at the Rose Funeral Home, Knoxville, Tennessee. Internment Dec. 4 at Pennwood Bible Church in Everett, Pennsylvania.