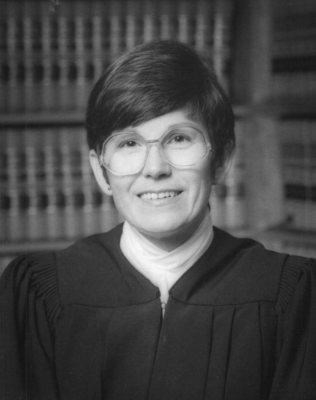 East Lansing - Died peacefully at home on September 26, 2019, surrounded by her husband, David Lee Jordon, and her three sisters, Pat, Gloria and Susan. Born on July 6, 1941, in Shreveport, LA, the first child of Mary Elizabeth Harrison Stell and William Otis "Hook" Stell. She received a Bachelor of Arts degree from the University of Arizona and earned her Juris Doctorate from the University of Michigan. She resided in East Lansing for 52 years.

The hallmark of Carolyn's life was her integrity. The principles which guided her for 78 remarkable years arose from the core beliefs developed in childhood. A strong sense of fairness and justice were joined by compassion and caring. She always credited the words and lives of her parents as the genesis of these virtues. These principles translated into real action throughout her life. During her early years in East Lansing she was active in Women's International League for Peace and Freedom. Even earlier, as a university undergraduate, she led a challenge and stood her ground to secure integrated pledging in her sorority. Carolyn made a difference.

Carolyn was incredibly intelligent, and her keenly analytic mind also could be uniquely creative. In law school during the Moot Court competition she was assigned a position that diametrically opposed one of her own deeply-held beliefs; to her great distress, the judges refused to swap it for one that would be more congenial to her. It simply would not have been within Carolyn to deliver a half-hearted presentation, so after a considerable internal ethical struggle, she came up with a legal argument in the form of an amicus brief that essentially made a case in which she could honestly believe. The judges were so impressed by her creativity and fresh legal reasoning that they declared Carolyn the winner of that year's Moot Court competition. She believed that law could be used to make the world a better place.

She began her legal career as a legislative aide for State Senator Tony Derezinski. She was an Administrative Law Judge for the Michigan Insurance Bureau, working with her mentors Tom Jones and Larry Owen. She next served as an Associate State Court Administrator. She was elected Ingham County's first woman judge, serving as a circuit judge from January 1,1983, until December 31, 2000.

Carolyn Stell was much more than a Circuit Judge. She was an incredibly loving person. Carolyn deeply loved her husband David, her family, and the cats (including but not limited to Ming and Tong, LBC, Misty, Spooky, Simon, Cricket, Mr. Puff, Ruffian, Jet and Sylvie) and dogs (Mac and Maddie) who shared her life over the years. She loved books from the moment she learned to read, especially enjoying mysteries. She spent many stimulating evenings with her book club. She always looked forward to dinners out with friends, Dr. Dawn Springer and Virginia Hilbert. She appreciated beauty in all forms, particularly cherishing rich colors and good modern design. She never saw a striking pair of socks she didn't love, the wilder the better! She enjoyed jazz and folk music, often sharing new "finds" with us. Carolyn's steadfast commitment to service extended much further than the community of East Lansing. It reached to envelop her family and friends. She was always there for us. Always.

Left to grieve are her husband, David; her sisters, Pat Stell of Seattle, WA, Gloria Marshall (Kent) of Santa Clara, CA, Susan Stell (George Eppinger) of Tucson, AZ; children, brothers-and sisters-in-law, nieces and nephew, grand-children, a great-grand-child, and numerous much-loved aunts, uncles and cousins of the Harrison family in Louisiana. Our loss is incalculable and the world will be a lesser place without her.

We will be forever grateful for the loving care provided for Carolyn by Optimal Medical Staffing, Nurse Theresa and wonderful aides, and Hospice of Lansing, Nurse Maggie.

A memorial gathering will be held 4—7 pm, October 28, 2019, at the University Club. Come with Carolyn Stell stories.

Carolyn felt incredibly honored when the Women Lawyers Association of Mid-Michigan created the Carolyn Stell Memorial Scholarship, awarded to a deserving female law school student to support her efforts to apply, study and sit for the Michigan Bar examination and to gain admission to the Michigan State Bar and practice here in Mid-Michigan. If anyone has a desire to contribute, checks payable to WLAM can be sent to Melanie Smith, in care of ICPO, 303 W. Kalamazoo St. 4R, Lansing, MI 48933.

Part of Carolyn's legacy for us is that beautiful, transforming smile. Carolyn Stell was the best of us, and she brought out the best in all of us. 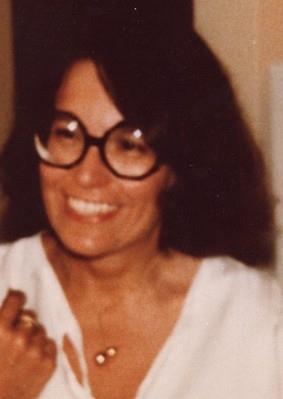