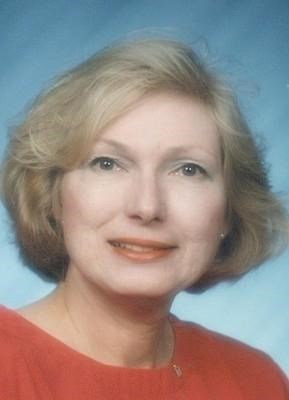 Eleanor (Lynn) Blascak Weston was born to Frances and Leo Blascak, in Wyandotte, Michigan, and raised in the downriver area of metropolitan Detroit.

With a gift for science and foreign languages, she graduated with her Bachelor's degree from the University of Detroit Mercy, with a double major in Biology and German, and a double minor in Chemistry and Russian. She completed her Master's degree in Teaching and Administration from Michigan State University, while also working as a model for the J. L. Hudson Company, and the Oldsmobile Division of General Motors.

Eleanor invested herself in a lifelong career in education in Catholic schools, serving primarily as a teacher in the classroom, but also working as an administrator. Some of her fondest memories were from her many years at Lansing Catholic Central in Lansing, MI, as well as at Notre Dame Preparatory Academy in Pontiac, MI. Her specialty was biology, with many of her students later studying for careers in science and technology.

Eleanor also often participated in many roles in the various Catholic parishes where she worshipped, including teaching CCD, singing in the choir, acting as a lay minister, and providing salads for the St. Martha's Guild. She was also an active supporter of the Nazareth Guild, as well as the College of Engineering at Gonzaga University. She was a member of the German-American Marksmanship Club in Auburn Hills, Michigan, and enjoyed the friendship of the many members there.

After moving to Spokane, she joined the Compass Club, as well as the Red Hat Ragdolls. She enjoyed needlework, and showed and sold her crafts at various craft fairs. Another one of her hobbies was cooking, particularly pastries and selections from her many ethnic recipes. She loved to garden, especially her peonies.

She traveled extensively throughout the U.S.A. and Europe. When she later lived in Germany while her husband was on a career assignment there, she discovered and adopted her first Bernese Mountain Dog, Heike. Of all of the breeds of dogs, the Bernese was her absolute favorite.

She is survived by her husband, James T. Weston.


To plant trees in memory, please visit our Sympathy Store.
Published by Lansing State Journal on Apr. 20, 2014.
MEMORIAL EVENTS
No memorial events are currently scheduled.
To offer your sympathy during this difficult time, you can now have memorial trees planted in a National Forest in memory of your loved one.
Funeral services provided by:
Michigan Memorial Funeral Home
MEMORIES & CONDOLENCES
8 Entries
Johann and I are very sorry for your loss, Jim. Grief can be hard, but the good memories help overcome in time. May God bless you!
Marianne Krenzer
April 21, 2014
You were always one of my favorite teachers at Lansing Catholic Central.I graduated in 1980 and had you as a homeroom teacher also. Everyone thought you were a COOL teacher and so easy to relate to. My condolences to your husband and your family.
Cathie Thelen-Walters
April 21, 2014
RIP you were the best science teacher, and my favorite at Lansing Catholic Central, thank you for passing on your love of science through your teaching, you were the best! Although I graduated from high school in 1980, I have still thought of you through out the years. God Bless you!
April 20, 2014
I was so glad to have spoken to Eleanor recently. She was a very special person and will be missed.
Carolyn Molnar
April 20, 2014
So sorry Jim. I am so to have spoken with her recently. She was a very special person. I will miss her.
Carolyn Molnar
April 20, 2014
I remember her fondly as my Biology teacher at Lansing a Catholic Central, kind but very serious about science. RIP Ms. Blazack
Kelly Walters-Geyer
April 20, 2014
Jim...

Author Hans Christian Andersen once wrote, “A human life is a story told by God.” Well, let me say that God certainly wrote a masterpiece when he wrote Eleanor's life story! She accomplished much, loved much and shared much with those with whom she met. She was a dear and lovely soul and we will miss her greatly. We are so thankful that God saw fit to bring both you and Eleanor into our lives for we otherwise would have missed out on truly great friendships and conversations of growing up “Michigander!”

No words can really help to ease the loss you bear, but know that you are close to our hearts now and always. We will pray that God sends you His Spirit to hold you tightly in His arms of love and comfort, giving you the strength to bear your loss and the fullness of heart to continue on with the same courage and love Eleanor exhibited throughout her life on this earth. We will see her again...Be certain of that! We love you, brother!!! Vivat Jesus!

In Christ's Everlasting Love –
Chad & Cindy Anderson
Chad & Cindy Anderson
April 18, 2014
Eleanor was a special friend. I am so greatful for the times we were able to spend together (cooking, knitting lessons, laughing, crying, praying.) She has left a space that will be hard to fill. I thank the Lord for placing her into my life! May she rest in God's perfect house forever until we meet again. Linda Nowak
Linda Nowak
April 18, 2014
Showing 1 - 8 of 8 results