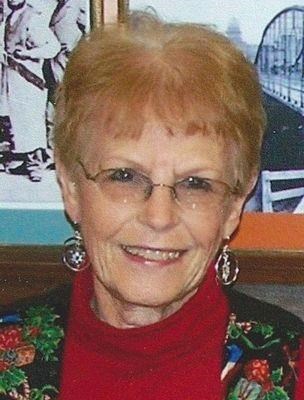 Esther received her bachelor's degree from Bates College and her master's from MSU. She worked as an elementary school teacher for the Lansing School District for her entire career. She was a docent/tour guide at the Capitol building for 20 years, and was a very active member of the Golden K Kiwanis Club. Along with her husband, Esther taught ballroom dancing on cruise ships for a number of years. She enjoyed sewing, knitting, collecting recipes and cooking, and gardening.

A memorial service will be held at a later date. In lieu of flowers, memorial contributions may be made to the American Cancer Society or a charity of one's choice. Arrangements are by the Estes-Leadley Greater Lansing Chapel.

To plant trees in memory, please visit our Sympathy Store.
Published by Lansing State Journal on Nov. 26, 2017.
MEMORIAL EVENTS
No memorial events are currently scheduled.
To offer your sympathy during this difficult time, you can now have memorial trees planted in a National Forest in memory of your loved one.
Funeral services provided by:
Estes-Leadley Funeral Home
MAKE A DONATION
Please consider a donation as requested by the family.
MEMORIES & CONDOLENCES
Sponsored by Estes-Leadley Funeral Home.
0 Entries
Be the first to post a memory or condolences.