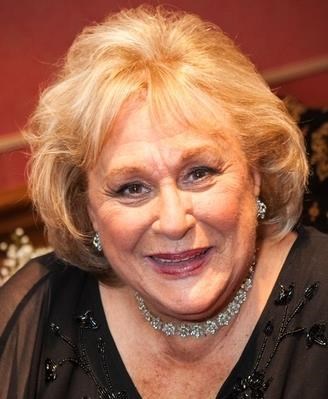 East Lansing - Faylene passed away February 1, 2018, surrounded by her family.

She is survived by her husband of 31 years, Lawrence Owen, and her sister, Sherry Kaye. Faylene was most proud of her 3 children, Cindy (Steven) Hughey, Marc Curtis, and Susan Owen; 3 grandchildren, Jennifer (Eric) Ross, Eric (Robyn) Hughey, and Jack Owen; and 3 great-grandchildren, Isla Ross, Gavin Ross, and Cooper Hughey.

Faylene had a remarkable career in business; community and public service; and politics. She founded her own marketing and government relations business and served as Trustee of Michigan State University for eight years. Faylene also was known as one of the country's premier fundraisers, working for President Bill Clinton and Governor Jim Blanchard, as well as Chair of the Sparrow Hospital Foundation, Director of the MSU Hillel Student Center, and as a Director of Child Abuse Prevention Services, among many other causes.

A memorial service will be held at 2:00 p.m. on Sunday, February 4, 2018, at Congregation Shaarey Zedek, 1924 Coolidge Rd., East Lansing. Memorial contributions may be made to the Lester and Jewell Morris Hillel Jewish Student Center, 360 Charles St., East Lansing, MI 48823. www.msuhillel.org. Arrangements are by the Estes-Leadley Greater Lansing Chapel.

Published by Lansing State Journal from Feb. 2 to Feb. 3, 2018.
To plant trees in memory, please visit the Sympathy Store.
MEMORIAL EVENTS
Feb
4
Memorial service
2:00p.m.
Congregation Shaarey Zedek
1924 Coolidge Rd., East Lansing, MI
Funeral services provided by:
Estes-Leadley Funeral Home
MAKE A DONATION
MEMORIES & CONDOLENCES
Sponsored by Estes-Leadley Funeral Home.
11 Entries
To Cindy and Marc and their families I send my deepest condolences. Stu and I were just looking at his Bar Mitzvah book and came across a picture of your mom and dad. Brought back lots of sweet memories and babysitting experiences.
Holly (Stein) Scholder and Stuart Stein
Holly Scholder
October 6, 2019
Larry, I just heard the sad news. Faylene was a wonderful friend and mentor to me. More importantly, she was a person with a heart beyond gold. My condolences to you and family!
Steve Weyhing
February 26, 2018
Larry and Family,
So much love to you! Faylene was an incredible soul and much loved and admired. Her passing will create a large hole in this world. Peace.

Lydia M Runkel
Lydia Runkel
February 18, 2018
Mr. Owen, I am so sorry for your loss. Faylene always had a special place in my heart and we had many laughs together at Dusty's. She was larger than life and will be missed by so many. --Chef Kevin Cronin
Kevin Cronin
Friend
February 8, 2018
Mr. Owens so sorry to hear of the loss of faylene you both meant so much to me I WILL ALWAYS BE GRATEFUL for the years I was with you.

Loving memories
Juanita
Juanita Young- Benson
Friend
February 6, 2018
Sending heartfelt sympathy for your loss. Our hearts, thoughts and prayers are with you at this most difficult time.
Phyllis Cribbis-Dahl
February 4, 2018
I am so sorry for you loss. I loved your mom and have such great memories of growing up as your neighbor and friend in Huntington Woods. Prayers for all of you.
Kathy Wines-Thurman
February 4, 2018
Much love to all the Owens family. She was one of a kind and for someone I only saw at dinner, helping her to always have the table she wanted and the food she wanted, how she wanted it, I grew to have much love for her and Larry. She always made a connection and will always live in my heart.- CJ Davis
CJ Davis
February 2, 2018
I met Faylene during the 1982 Blanchard campaign. She was truly a force of nature and a great role model for activism and being present for her family at the same time. My condolences to her family. She will always be remembered.
Cindi Brody
February 2, 2018
Larry.sorryfor your loss....faylene was one of a kind.
kim baker
February 2, 2018
So sorry to learn of the passing of such a most wonderful person. Someone who had a heart of gold an cared so much for so many causes. Will be missed by so many for a very long time. Thanks to her for all the work with the Democratic Party over so many years.
Tom Alley
February 1, 2018
Showing 1 - 11 of 11 results