Dr. Frank Michael D'Itri Okemos Dr. Frank Michael D'Itri, passed away on June 28, 2012 at the age of 79. Dr. D'Itri was born in Flint, Michigan on April 25, 1933 to Dominico D'Itri of Frosinone, Italy, and Angelina Costanza of Patrica, Italy. He graduated from St. Michaels Catholic High School in 1951. He attended Michigan State University, where he was the cadet Colonel in the U.S. Air Force ROTC, graduating in 1955, with a Bachelors of Science in Zoology. That year he married Patricia Ann Ward of Saginaw County, Michigan; they were married for 57 years. After graduating from MSU, Dr. D'Itri was commissioned as a Second Lieutenant in the U.S. Air Force where he was trained as a B47 navigator and bombardier in the Strategic Air Command. After earning the rank of Captain, Dr. D'Itri was honorably discharged in 1960 and spent two years as a researcher at the Dow Chemical Company in Midland, Michigan. He returned to MSU to pursue graduate studies in Analytical Chemistry in 1962. Dr. D'Itri completed his Ph.D. in 1968 and accepted a position on the MSU faculty in the Institute for Water Research and the Department of Fisheries and Wildlife. Over the course of his esteemed academic career, Professor D'Itri authored numerous books and articles, taught and mentored countless students, and served on many committees and in professional societies. His research interests were many and varied, from acid rain and ground water contamination to aquatic nuisance species. In 2000, he retired from his faculty position to become the MSU Fulbright Program Advisor. Over a decade in that position, Dr. D'Itri worked tirelessly to help dozens of students and faculty receive grants to pursue international research opportunities. In 2010, he retired to spend more time with wife, children, and grandchildren. He was a devoted husband, generous father, and beloved grandfather who will be greatly missed. Dr. D'Itri is survived by his wife Dr. Patricia Ward D'Itri, his sister Mary Louise Chapel, his four children: Michael Payne D'Itri (Suzanne), Angela D'Itri Wylie (Michael), Patricia Ann D'Itri (Rob Latimer) and Julie Lynn D'Itri, and his four grandchildren: Jason Payne D'Itri, Jessica Catherine D'Itri, Melissa Kaitlyn Wylie and Sydney Morgan D'Itri Bollinger. In lieu of flowers, please direct donations to The American Heart Association.

Published by Lansing State Journal on Jul. 10, 2012.
To plant trees in memory, please visit our Sympathy Store.
MEMORIAL EVENTS
To offer your sympathy during this difficult time, you can now have memorial trees planted in a National Forest in memory of your loved one.
MAKE A DONATION
Please consider a donation as requested by the family.
MEMORIES & CONDOLENCES
3 Entries
May your memories of the wonderful times you shared with your loved one comfort you and your family, today and always.
American Heart Association
July 12, 2012
Dearest Pat and Family, Words do not adequately express the sadness in my heart for you with Frank's passing. He was a fine man with a beautiful soul and I hope you find solice in knowing heaven is all the richer with his presence. I sure will miss his hugs and visits to the office. He was and will remain an extra special person in my life. With Loving Friendship, Cindy
Cindy Brewbaker
July 10, 2012 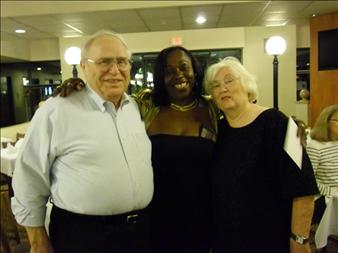 Pat and family I am deeply hurt behind Frank's passing but trust GOD has his hand on the situation and Frank is resting in peace. He was more than a boss to me he was like my father as well as a good friend. He will be truly missed! Love you!
Stephanie Smith
July 10, 2012
Showing 1 - 3 of 3 results