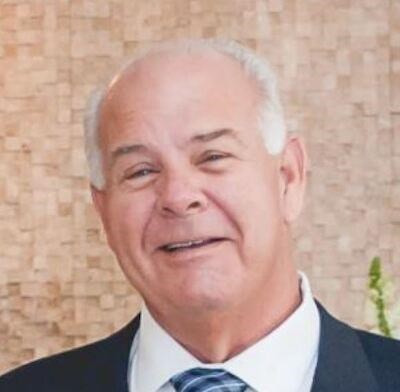 Mike was born in Lansing, MI, to the late Clarence "Pat" and Ethel McDowall, on July 20, 1946. He was preceded in death by his sisters, Dorothy "Dot" (Donald) Ludwig and Kristine Cygan.

He grew up and went to school in Okemos, MI. He graduated from Michigan State University in 1971 with a Bachelors of Science in Education, even though his transcripts from tenures at Lansing Community College and University of Nevada - Las Vegas would indicate he was eligible for a Doctorate. He married his first wife Barbara Wippel McDowall in 1968. They raised four children in Rochester Hills, MI while Mike owned and operated General Gear Corporation in Detroit, MI.

In 1991, Mike married the late Betsy Gold McDowall of Birmingham, MI where they lived before retiring to Saugatuck, MI. Committed to the mission of escaping Michigan winters, Mike and Betsy moved to Puerto Vallarta, Mexico in 2005, where he built a small carpentry business working with the local art galleries while absorbing the culture and landscapes. After 9 years, they relocated to St. Petersburg, FL where they built many friendships and connected with local graduates of Okemos class of 1964. Mike enjoyed conversations at the local cigar shop, small wood-working projects, and telling his latest wisecrack jokes to anyone who would listen.

In his final years, spent with significant other Gail Malkiewicz, he could be found on his front porch, cigar in hand, making his daily round of phone calls to a network of close family and friends and caring for the neighborhood stray, Smokey the cat. He will be remembered for his blue eyes, sharp wit, and irreplaceable life advice.

His admirable life will forever be cherished by the lives of his children: Michelle McDowall of Rochester Hills, MI, Stephen (Wendy) McDowall of Beverly Hills, MI, Marc McDowall of Sayler, CA, and Sara (Matthew) Molnar of South Bend, IN; grandchildren Sydney, Cole, Rowan and Kallen; and host of devoted family and friends spread throughout his places of residence. May he finally rest in peace.

No services are scheduled as of this time. In memorial, donations can be made to the American Diabetes Association by visiting www.Diabetes.org.


Published by Lansing State Journal from Aug. 10 to Aug. 12, 2020.
To plant trees in memory, please visit our Sympathy Store.
MEMORIAL EVENTS
To offer your sympathy during this difficult time, you can now have memorial trees planted in a National Forest in memory of your loved one.
MAKE A DONATION
MEMORIES & CONDOLENCES
3 Entries
I have known Mike for over 35 years. (Sorry, but he will always be Mike to me). I was his CPA when he owned General Gear and continued on as his "tax guy" after he sold the Company. I am deeply saddened by his passing, he was such a fine man. My condolences to his family and Gail.
Leonard Grey
Friend
August 13, 2020
I'll miss his Sense of Humor the Most ..(along with our chats...)..He always seemed to make me Smile or Laugh .(..no matter how I was feeling on the inside. )Always had a Zing & I looked forward to it! I will definitely miss himMy Condolences to Gail & All His Family & Friends. My Thoughts and Prayers are with You. God Bless.
Liz Grolley
August 12, 2020
Nice to read the great obituary about Gary. Very accomplished man with a terrific family. I sure Gary was very proud of his kids and grandkids. A life well lived. God bless Gary and his family.
Gordon LaVerdure
Acquaintance
August 12, 2020
Showing 1 - 3 of 3 results