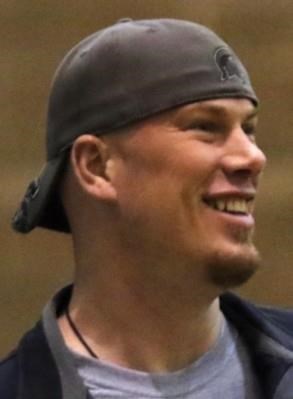 Williamston - Jason Michael Bauer, age 38, of Williamston, passed away Tuesday, March 27, 2018, at Burcham Hills in East Lansing with his family by his side. He was born December 17, 1979, in Lansing the son of Dan and Sue (Thelen) Bauer. Jason lived in Williamston his entire life and was proud of his community. He graduated from Williamston High School in 1999. Jason had a passion for basketball that stayed with him throughout his life. He played varsity basketball all 4 years at Williamston and went on to play at Grand Valley State University on a full ride scholarship. Soon after returning from college Jason began his career of coaching basketball at Williamston High School. He started with the varsity program as an assistant, freshman coach and later went on to coach the varsity boys team. Jason also loved hunting. He always looked forward to deer and elk season. Jason's greatest joy was his family. His wife and children were precious to him as well as his extended family. Jason also had a special bond with his yellow lab Cooper, which passed away 5 days before Jason. Jason had a work ethic and moral compass that were second to none. He was a dedicated member of the Pipe Fitters and Plumbers Local 333. Jason will be greatly missed by all that had the privilege of knowing him.

Jason's family would like to extend a heartfelt thank you to the Mid-Michigan community for their love and support over the past two years and the entire staff at Burcham Hills in East Lansing for their tremendous care of both Jason and his family. They were the most caring and compassionate group of people one could ever wish for.

In lieu of flowers the family encourages those desiring to make contributions in Jason's honor to the family for his children's education, or Coach Jason Bauer Basketball Scholarship, or the Burcham Hills Foundation.

To view Jason's obituary online or to leave a condolence for the family please visit www.burkhead-greenfuneralhome.com.

The family being served by the Burkhead-Green-Kilgo Funeral Home of Charlotte.


Published by Lansing State Journal from Mar. 29 to Apr. 1, 2018.
To plant trees in memory, please visit the Sympathy Store.
MEMORIAL EVENTS
Apr
12
Visitation
3:00p.m. - 7:00p.m.
Williamston Free Methodist Church
4400 N. Williamston Rd, Williamston, MI
Apr
13
Visitation
3:00p.m. - 7:00p.m.
Williamston Free Methodist Church
4400 N. Williamston Rd., Williamston, MI
Apr
14
Funeral service
11:00a.m.
Williamston High School Gymnasium
MI
Funeral services provided by:
Burkhead-Green-Kilgo Funeral Home - Charlotte
MAKE A DONATION
MEMORIES & CONDOLENCES
Sponsored by Burkhead-Green-Kilgo Funeral Home - Charlotte.
18 Entries
Sue and Family: We are so sad to hear of your Son's passing. You were always such a blessing to us and to our daughter Brianna (now a high school teacher in Colorado). Our prayers for you and Jason and your extended family. I can only imagine how very hard it must be to have lost such a son so very young. May God give you comfort and strength to endure and go on (as Jason would surely want you to).
Jolinda & Paul Fulton
Friend
April 19, 2018
I was very saddened when I heard that Jason was sick. I mentioned more than once to church friends that I would like them to pray for Jason, that he would make a full recovery. He was frequently on my mind. The years that Steve and Jason and the rest of the young men were together in Williamston were some of the very best years of my life. I loved the friendships that we parents developed because of our kids and the bond that still remains. I was so thrilled when Jason became the coach of Williamston's basketball team and the success he had leading them.

I want to express my heartfelt sympathy to the entire Bauer family. I remember Jason as a very likable, humble and fun loving guy. The great apostle, Paul, said that "for me to live is Christ and to die is gain." Jason has gone onto his heavenly reward. The sadness is that he left us much sooner than we expected. Jason will be missed. Dan, Sue, and family, I pray that God will continue to comfort you and be with you always, especially during this difficult time. 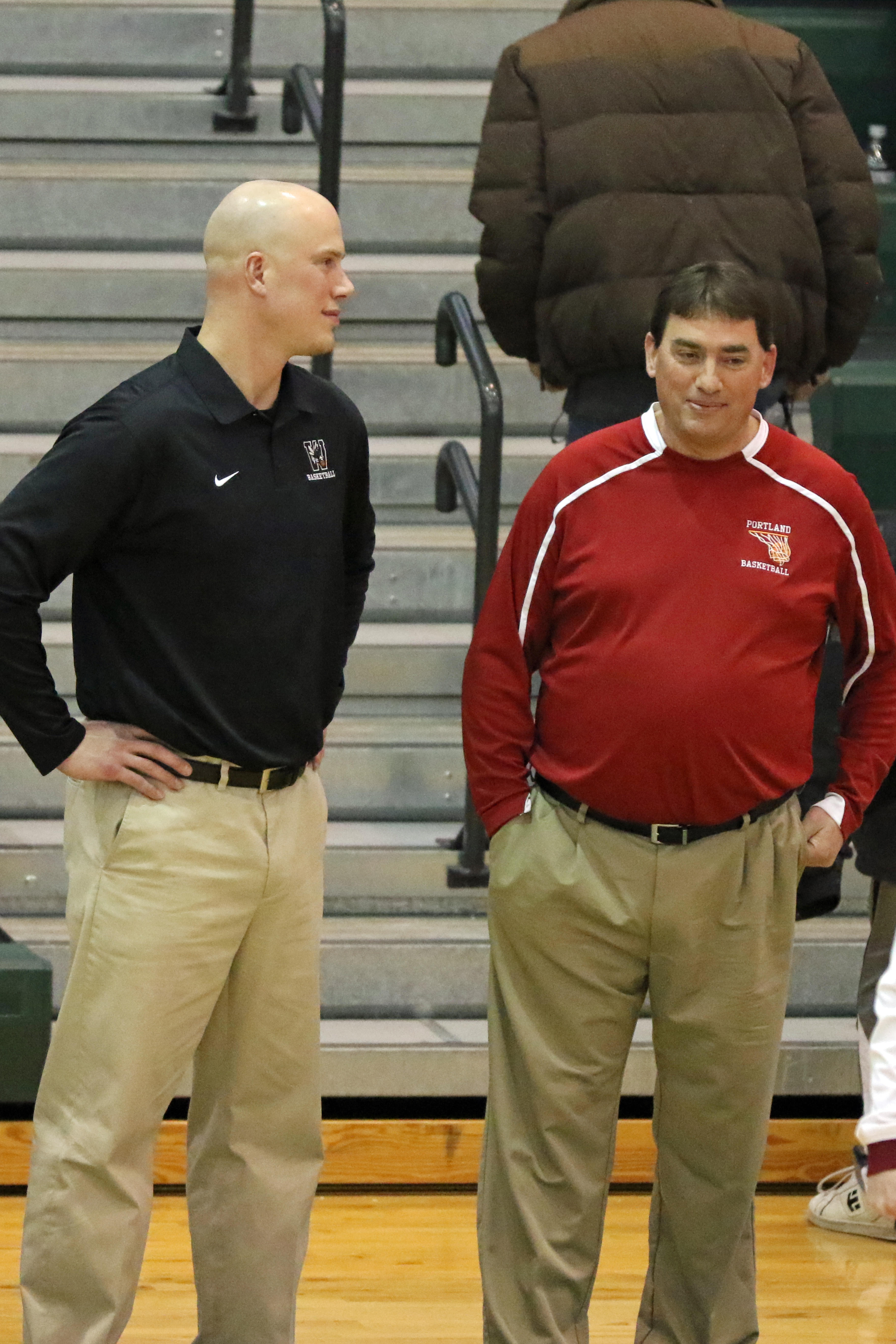 Family
April 11, 2018
Our sincere sympathy to the entire Bauer family. We watched Jason and his siblings grow up as members of St. Mary's in Williamston. The one contact with him as an adult was last year during his fight with this terrible illness. He struck me as a very humble young man. Much too young to have left us so soon. RIP Jason and may your family find comfort in knowing you are at peace and no longer in pain. Our prayers are with all of the family.
Mary and Bob Lowe
April 4, 2018
Sue, Dan, Lisa, Jason's family - our heartfelt sympathy to all of you. May God's peace and strength be with you. Elaine Dykstra (Rottman Sales)
Elaine Dykstra
Coworker
April 4, 2018 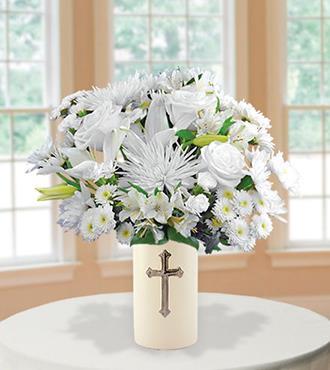 CHRIS SMITH
April 3, 2018
My Condolences to the family,
With many prayers and thoughts from others will help you get through the difficult days ahead.
May the God who binds up the brokenhearted comfort all who mourn, sustain your family.
Isaiah 61:1,2
-with heartfelt sympathy
J F
April 2, 2018
To the family of jason, my sincere condolences to you all. Jason obviously left a good name with family,friends and students.A good name is better than wealth as stated in the holy writings at proverbs 22 : 1. May the God of all comfort console you all at this time. A neighbor
April 2, 2018
Sue, Dan and family, Please accept our affection and deepest condolences for your loss. We continue to keep you all in prayer. Tom and Terri Spoors
Tom and Terri Spoors
April 1, 2018
Praying for all of Jason's family and friends in our time of loss.
Amanda Blumer
April 1, 2018
Dan,
I saw Jason on the news often and it never occurred to me he was your son. I'm so sorry for what you and your family have had to go through.
Jan Martin Ruhala, classmate Class '76
April 1, 2018
Sue and Dan, May you and Jason's entire family be embraced by God's healing comfort. Peace and blessings, Janice Beauchemin (Rizzo) and Courtney Rizzo of St. Martha
Janice Beauchemin
Friend
March 30, 2018
Our deepest sympathy for the Bauer family. May Jason Rest In Peace.
Bob and Kathy Hayes
March 30, 2018
Our thoughts and prayers are with you in your time of grief. May your memories bring you comfort.
March 30, 2018
Prayers to Dan, Sue, and the entire Bauer family. May the peace of God rest upon you during this time.
Barry Robinson
March 30, 2018
Sending prayers & condolences to the Bauer family!
Carla Bennett
March 29, 2018
Dan and Sue my hear breaks for you. You have fought a hard fight along side your son. I wish I could take your pain so you don't have to go thru this.
But from all of the support you have both at your home state and here in Casa Grande, you are so not alone. Thoughts and prayers go out to you and your entire family. Love and hugs to you both.
March 29, 2018
Jason you will truly be missed. Dawn, Maddy, Gage, Aliya, and Dawson... Nanny is praying for strength in this time of need.
Dodie Currera
March 29, 2018
Showing 1 - 18 of 18 results