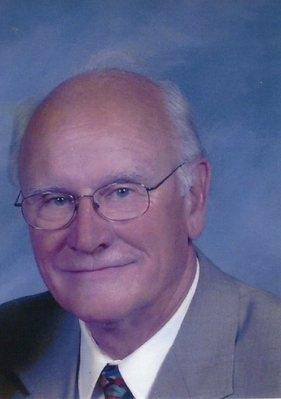 Dr. Jack W. Judy Jr., Williamston, Mich., passed away on January 11, 2020 in Williamston, Michigan. Jack was born on October 11, 1931, in Indianapolis, Indiana to John and Doris (Lane) Judy who proceeded him in death.

Dr. Judy attended Wabash College, Crawfordsville, Ind., from 1949 to 1952 and studied zoology. He then attended Purdue University, West Lafayette, Ind., where he earned a bachelor's degree in agricultural economics in 1954. Dr. Judy then earned a DVM at K State in 1958. He went into general practice in Greencastle, Ind., until 1961, when he studied veterinary physiology at Iowa State University, Ames, until 1962. Dr. Judy earned a Ph.D. in agricultural economics at Purdue in 1968, with a business management major and pathology minor.

While working on his Ph.D., Dr. Judy was a veterinary instructor in anatomy, veterinary science and agricultural economics. He left Purdue and became a professor and head of the Department of Medicine and Surgery in the College of Veterinary Medicine at the University of Georgia, Athens, from 1969 to 1971.

He then became professor of veterinary clinical medicine, continuing education and taught in the Center for Zoonoses and Comparative Medicine at the College of Veterinary Medicine at the University of Illinois, Urbana, from 1971 to 1976. He was the acting head of the Department of Veterinary Clinical Medicine from 1974 to 1976.

In addition to these awards, Dr. Judy has been a visiting professor at Tuskegee (Ala.) University, Purdue University, University of Saskatchewan, Saskatoon, Canada, and the University of Illinois. He is a member of several state and national veterinary medical associations and has served on more than 10 national committees. He also made national and international presentations in several states including Kansas, plus abroad in places such as China, the Bahamas, Costa Rica, Kenya, the former U.S.S.R., Australia, Egypt, Galapagos Islands, East Africa, and Ireland.

Dr. Judy was a professor emeritus at Michigan State University. He taught courses in veterinary business management in the Department of Small Animal Clinical Sciences.

"Recognition by my colleagues and college has been a humbling experience and capped my career in veterinary medicine," Dr. Judy said. "K-State gave me the opportunity to get where I am today, and I am forever indebted to the College of Veterinary Medicine. My first big thrill was being accepted into the college. The call informing me of this recognition was an equal to that thrill. I would not change a thing in my career as a veterinarian. I have enjoyed every phase of my life in various areas veterinary medicine. The future of this profession is even brighter than when I became a part of it. "

"Dr. Judy was one of the leading veterinary educators in the nation," said Dr. Ralph Richardson, dean of the K-State College of Veterinary Medicine. "He was also a consummate researcher and administrator, having been involved in virtually every aspect of the veterinary profession during his long and noteworthy career."

In lieu of flowers contributions can be made to St. Mary Catholic Church in Williamston, or St. Jude Children's Research Hospital, 262 Danny Thomas Place, Memphis, TN 38105-3678.

Fond memories and expressions of sympathy may be shared at www.grwilliamston.com for the Judy family.


Published by Lansing State Journal from Jan. 14 to Jan. 16, 2020.
To plant trees in memory, please visit the Sympathy Store.
MEMORIAL EVENTS
Jan
18
Visitation
10:00a.m.
St. Mary Catholic Church
157 High St., Williamston, MI
Jan
18
Funeral Mass
11:00a.m.
St. Mary Catholic Church
157 High St., Williamston, MI
Funeral services provided by:
Gorsline Runciman Funeral Homes
MAKE A DONATION
Please consider a donation as requested by the family.
MEMORIES & CONDOLENCES
Sponsored by Gorsline Runciman Funeral Homes.
1 Entry
I was saddened to see the passing of Jack Judy. Though no relation, when I moved to Lansing 38 years ago, I would receive phone calls for Jack, and mail for him, (as we shared the same name), and as a result spoke with him on the phone a number of times to pass along "his" messages to him. Later, I had the privilege of meeting him at Sparrow Hospital as one of his caregivers and was blessed to finally make his acquaintance. He was certainly a friendly and pleasant gentleman and lifted my spirits with each contact we had. My sincere condolences to Jack's family.
Jack Judy
January 17, 2020
Showing 1 - 1 of 1 results