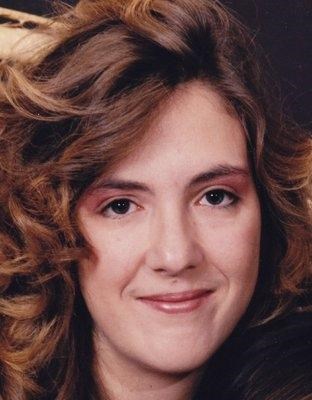 Kathryn E. Norris was born to Gerald and Jaunell Norris on Sept. 17, 1962, the first of three girls.  She unexpectedly passed away of a heart attack on March 23, 2014.

Kate attended Maple Valley Schools until her junior year in 1980.  She transferred to and graduated from Charlotte High School.

Kate has been living with her life partner, Vivian Shelton, and working at Life Source in Chicago, IL.  She leaves behind her partner, Vivian; daughter, Christina Ann, and her fiancé, Raymond Flores; mother, Jaunell Norris; sisters, Jacqueline Norris and Christine (Bill) Armstrong; and niece, Jamie Norris, and her children, Natalie and Chloe.  Kate always had a large circle of friends and family.  She will be greatly missed.

The family is being served by Gorsline Runciman Funeral Homes, Lansing Chapel.  Condolences and memories may be shared with the family at www.grlansing.com.


Published by Lansing State Journal from Mar. 27 to Mar. 28, 2014.
To plant trees in memory, please visit our Sympathy Store.
MEMORIAL EVENTS
To offer your sympathy during this difficult time, you can now have memorial trees planted in a National Forest in memory of your loved one.
Funeral services provided by:
Gorsline Runciman Funeral Homes
MAKE A DONATION
MEMORIES & CONDOLENCES
16 Entries
Remembering my special friend Kate. Continue to Rest in Peace. JD
jd lewis
Friend
March 20, 2019
I'm so sadden for the news she was a wonderful friend and mother I will keep you all in my prayers
Dana Bridge water
April 16, 2014
Enjoyed our eary morning chats. Rest in peace Kate ~
Nina Petru
March 31, 2014
An Angel has been sent up to heaven and you'll be missed. You came into my life for a reason, always looking out for everyone you ever met. You taught me many life lessons for that I'm forever grateful. You live life full of love, with a bigger heart then anyone could imagine. May you spread sunshine up above and be at peace. Thinking of you on this day as family and friends say there goodbyes. Rest in peace my friend. I'll see you again one day!
Terri Chretien
March 29, 2014
I tried to catch up with Kathy a few years ago on facebook- with no luck. She was always such an honest and true person. I have such fond memories of her during high school. She will be missed
Mandy Myers
March 29, 2014
Nell & Family,
I was so surprised and saddened to hear about your loss. Please know you are in my thoughts and prayers.
Jodie Miller (American Red Cross)
March 28, 2014
Christina, We never met but your Mom loved you and always spoke well of you. I have been her close friend for many years. Accept my condolences to you and your family on her sudden passing. She will always be near in Spirit. I will miss her. If needed, I am here.
JD
March 28, 2014
I was fortunate to have known you .Kate you were always so kind and giving and so full of information you were an extraordinary person , I will miss you .RIP
Carmen Herrera
March 28, 2014
Dear Nell,
I just saw a notice on facebook about Kathy. I'm so sorry to hear of her passing. I looked at the photos and was pleased to see dance pictures of Kathy and Jackie. Prayers for all. Wilma
March 28, 2014
Rest in peace Kate. You will be missed.
Lyle (mick) Allen
March 28, 2014
Kathryn will truly be missed. She was a lovely person to know. She had a heart of gold.
hala samara
March 27, 2014
Kathryn , it was an Honor to know , work with you. A True Friend .
James Gajewski
March 27, 2014
Kathryn it was an Honor to know and work with you . I am so glad we became friends. You will be in my prayers, you are in my heart.
James Gajewski
March 27, 2014
Miss you already. Wish I could have spent more time getting to know you. Thanks for the healthy eating support!
Kyle Cattapan
March 27, 2014
Christina, Raymond and Family,
We are so sorry to learn of the passing of your Mother. May God bless you during this difficult time and allow you to move forward with great memories.
Scott & Denise Hershey
March 27, 2014
I was lucky to share a van with Kathryn at Lifesource! I still don't believe this! You are missed already R.I.P.
Casie Gervase
March 27, 2014
Showing 1 - 16 of 16 results