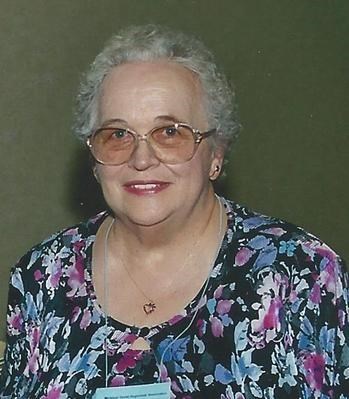 Melva Jane (Mutch) Baxter, devoted mother, loyal friend and colleague and beloved dental hygienist who practiced for over 56 years in the Lansing area, went to be with her Lord on April 27, 2017.  Melva was born in Muir, Michigan to Alexander and Viola Mutch, who taught her the value of hard work, persistence, and the pride for her Scottish heritage.  From the 1950's on she lived in the Lansing area, eventually moving into the home her parent's retired to after selling their farm.

Melva was born on Stone Road, northeast of Muir, on a large farm and fruit orchard her parents operated.  As a child she worked with her parents and her older brother Jim on the tasks a large farming operation requires.  In school she excelled at learning her lessons, even though most years, it required a several mile hike each way to attend the local schools.  As a teenager she raised a steer by herself, who won a blue ribbon at the fair for animal husbandry.

After high school, Melva was accepted into the University of Michigan dental hygiene program, graduating in 1950 in the top 10% of her class, which qualified her for the honorary fraternity, Sigma Phi Alpha, Nu Chapter, of which she remained a member until her death.

While still a student, in the spring of 1949, Melva and her classmates attended the Annual Meeting of the Michigan State Dental Hygienists' Society in Detroit. It was there she first met Frances Shook, the then- President of the Michigan Dental Hygienists' Association (MDHA), a fateful meeting that resulted in a 50 year friendship and countless active roles in the MDHA for over 60 years, including Treasurer, council member, and then both Historian and Photographer for 24 years. In her retirement, Melva was often consulted by her colleagues for historic information and advice. In the early 1970s, she was appointed to serve with the Michigan Board of Dentistry as a dental hygiene candidate examiner for a 3 year term.  She made significant contributions to the University of Michigan School of Dentistry's Sindecuse Museum archives, serving as an advisor for the exhibit, "Dental Hygiene, A Century of Progress" in 2013.

Melva served as a Boy Scout Merit Badge Counselor for 11 years while her son was active in that organization. Melva was a charter member of the Lansing-area chapter of the MDHA, Central District Dental Hygienists' Society (CDDHS, now C-RDH).  She served as Central's Trustee to the MDHA.

Melva admitted she wanted to work in order to travel the world.  She was selected to be a member of the first delegation of dental hygienists to travel to China in 1981, only two years after relations with that country were normalized.  She maintained contact with friends at the university there, and returned two more times, including serving as the leader of a dental hygienist delegation again in 1991. Melva also took great pride in her Scottish roots and maintained a close relationship with her family in Scotland, making many trips there during her adult life.

Melva was also a professional photographer.  Perfecting her skills with courses at the New York Institute of Photography, she was commissioned for books, periodicals, calendars and greeting cards over the years.  Her photographic work was exhibited in Lansing, and in 1959 Melva was the official photographer for the American Dental Hygienists' Association. Her passion for this art form is shared by her son David.

She also has given back to the community, having served on numerous local boards and committees, including Head Start, Habitat for Humanity, and for many years volunteered to assist low-income citizens complete their income tax forms. She attended monthly meetings and remained active in her local dental hygiene chapter even after retirement and served on the scholarship selection committee for student dental hygiene students at Lansing Community College.

Melva was a faithful and active member of East Lansing's Christian Science Church. She was actively involved with many church matters, serving on committees, and volunteering as a staffer at the C.S. Reading Room.  And with her large garden behind her house, she often picked fresh flowers to bring for the Sunday services.

Melva was preceded in death by her husband of 36 years Jack, and is survived by her son David and his wife Karen.

The world is a better place because of Melva Baxter because of her unselfishness and devotion to her family and patients. In fact, after working for almost 30 years, her patients showed unprecedented loyalty when she moved, with very little notice, from one dental practice to another. There were over 200 patients who found out where Melva's new place of employment was, and transferred immediately to the new office—totally unsolicited! She retired while providing dental hygiene services to the grandchildren of many of her first patients.

In lieu of flowers those desiring may make contributions to Hospice of Michigan www.hom.org


Published by Lansing State Journal on Apr. 30, 2017.
To plant trees in memory, please visit the Sympathy Store.
MEMORIAL EVENTS
May
4
Visitation
11:00a.m. - 12:00p.m.
Gorsline Runciman Funeral Homes
1730 East Grand River Ave, East Lansing, MI
May
4
Funeral service
12:00p.m.
Gorsline Runciman Funeral Homes
1730 East Grand River Ave, East Lansing, MI
Funeral services provided by:
Gorsline Runciman Funeral Homes
MAKE A DONATION
MEMORIES & CONDOLENCES
Sponsored by Gorsline Runciman Funeral Homes.
17 Entries
For many years, Melva worked with my cousin, Dennis G. Day, DDS. His eldest son, Craig, lives in nearby, and we recently were driving together, when Craig mentioned how Melva was really like a member of the Day family when he was growing up. I said the same thing, as she first cleaned my teeth when I was 11 years old, and for many years after. We had continuing contact with Melva long after my cousin passed in 1982. She was always a wonderful friend and was always doing something kind and thoughtful. She is missed now and will be always.
W Mark Day
Friend
April 25, 2021
We are so sorry to hear about Melva's passing. I had noticed it was her birthday yesterday. Not that I thought I would find her obituary today. I am so sorry. We had many so many wonderful conversations over the years, some only last winter. She was an amazing person. May she rest in peace.
Sally Wright
May 11, 2017
I have fond memories of Melva on our RDH trip to China many years ago. Her constant smile and her friendly demeanor was so welcomed so many miles from home. RIP Melva.
Jacquelyn (Jackie) Kocenda Murray
May 5, 2017
Melva was a very dear friend to my father, Dennis Day, and to our entire family. We are deeply saddened by her passing and are keeping the Baxter family in our thoughts and prayers.
Brian Day
May 4, 2017 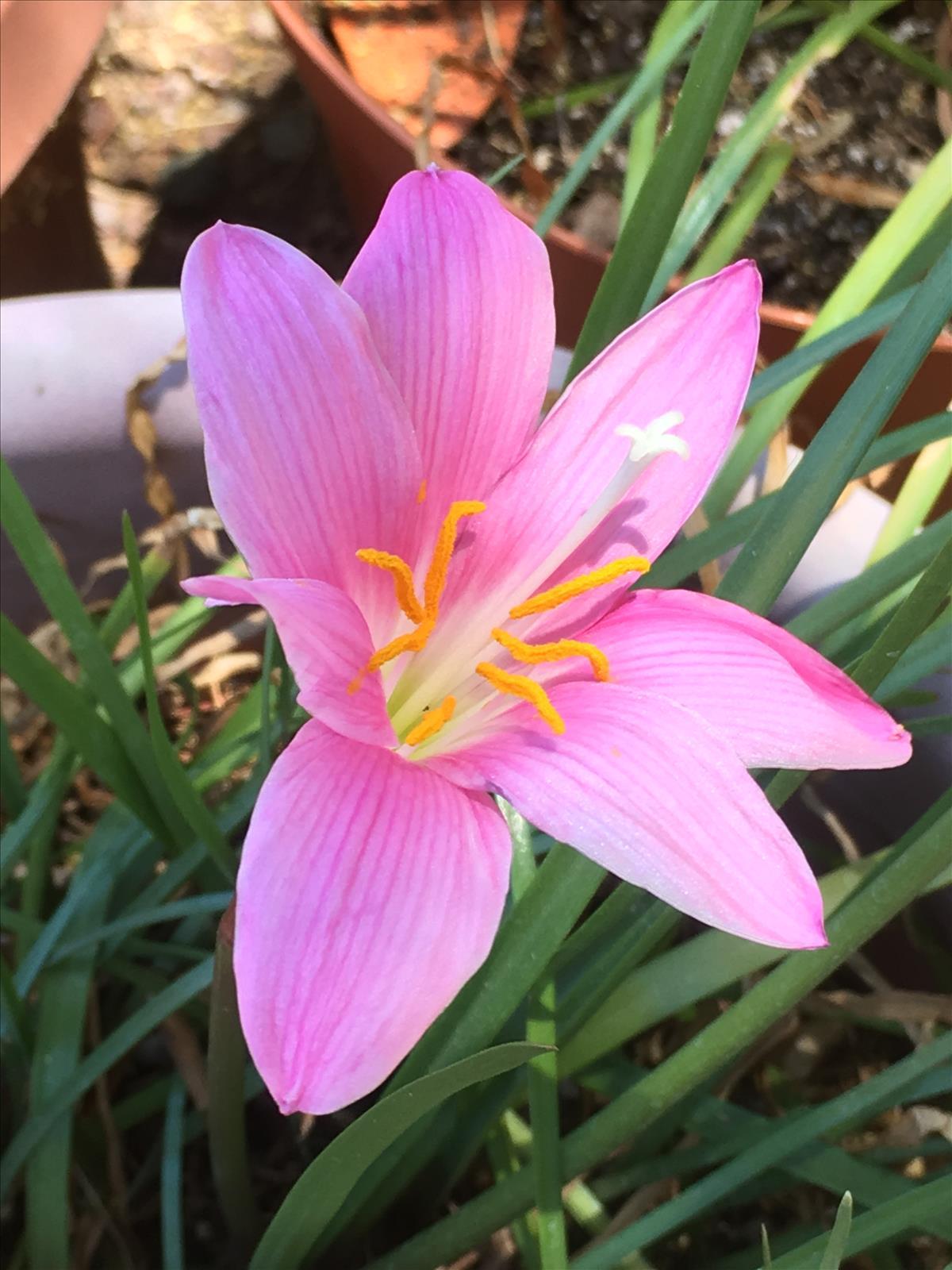 Melva was like family to the Days, and even more so after the passing of Dr. Dennis Day, DDS, her long-time employer. Even so, we only knew but half of the many ways she found to serve her community, profession and friends. We will miss Melva very much! We were blessed to have known her.
Mark and Elizabeth Day
May 2, 2017
Thank you for being such a wonderful role model.
Your kindness surrounded you, and your smile was generous. Good memories of MDHA meetings. Peace to your family.
Janet Cook
May 2, 2017
David & Karen,
Your Mom was a very kind and generous soul and will be missed greatly by all of us that have had the pleasure of knowing her. May you and Karen cherish her memory and remember all the Love and Devotion she provided to you. We will miss her and are sending you our deepest condolences.
Your Brother
Don & Jan Baxter
Don & Jan Baxter
May 1, 2017
Aunt Melva was by far the best! It didnt matter that she lived in Lansing when me and my sister were younger she would drive all the way to watch our ball games, or tractor pulls! She loved her family and we loved her so! We will miss you so very much Aunt Melva! Rest in peace. Fly high our sweet angel! Enjoy reuniting with all the family:) We love you!
Kayla Lumbert (Mutch)
May 1, 2017
Such a dear and caring heart, always kind, always soft spoken and unassuming, but always a strong mentor and supportive. She will be missed.
Rosalyn Olson
April 30, 2017 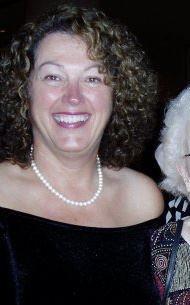 Melva was my room-mate on our trip to China in the early 1980's. One of my memories of that trip- she was so creative, she used her little piece of luggage (some of you may remember makeup cases!) as a foot stool on all the train excursions, What a marvelous and creative woman she was! She will be missed!
Cathy Berard
April 30, 2017
May she Rest In Peace - sincere sympathy Dave and Karen. I will always remember meeting her on Christmas Eve - she had so many interesting stories - and loved her gift of Scottish shortbread - my favorite.
Bob and JoDee Carlson
April 30, 2017
To David and Karen:
Very sorry for your loss of a wonderful mother.
My sincere condolences.
May her soul be resting in peace.
Sam Hussein
April 30, 2017
Rest in peace i always enjoyed you when i went to the dentist she was my parents mine and my children's hygienist.
Tara Clem keenan
April 30, 2017
I have so many wonderful memories of Melva and her devotion to her patients, her colleagues and MDHA. It was always a joy to see her at a meeting or receive a note from her at Christmas with one of her exceptional photographs. I will miss her as will the profession. Blessings to her and may she rest in peace, no doubt she is teaching folks in heaven about the importance of oral health.
Pamela Zarkowski
April 30, 2017
My sincere condolences to Melva's family on the loss of a lovely dedicated woman. My sympathy to all dental hygienists, especially Michigan, who have lost a fabulous role model and mentor. We can only strive to reach Melva's level of caring. A loss to all, but many great memories. Thank you, Melva.
Teres Robins
April 30, 2017
The dental hygiene family in Michigan and beyond has lost a legend. David and Karen, may you be comforted with the knowledge that Melva's gentle style impacted thousands of patients, friends and colleagues in such a positive way.
Jane Reagan
April 30, 2017
I was so sorry to hear of Melva's passing. . . but SUCH wonderful memories of this kind, devoted and fun Lady! As a Life Member of the Michigan Dental Hygienists' Association, I saw Melva quite often throughout each year when I still resided in Michigan . She will be missed. . . sooo many good memories and such a Lady for all of us to have as our mentor.