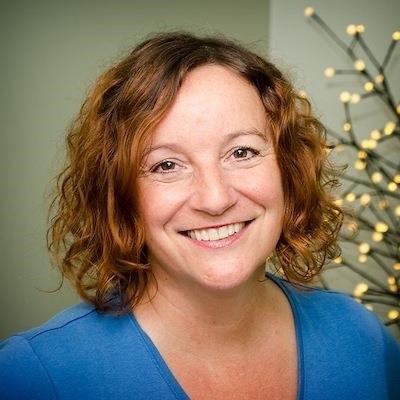 Alma - After nearly three years of courageously telling cancer to go to hell, Shari Kay Murgittroyd passed away peacefully on August 23, 2020. Shari was born on August 29, 1967, in Alma, Michigan to parents Gene and Mary Lou (Feighner) Murgittroyd. She graduated from Ithaca High School and earned her bachelor's degree and master's in social work from Michigan State University, the latter two while raising her beloved son, Nick.

Shari dedicated her life to making the world a better place. Among her many leadership roles in the Lansing community, she served as the director of MSU's Sexual Assault Program from 2005-2015. Often the lone voice in the room, and long before the world knew about MSU's neglect of sexual assault survivors, Shari was relentless in calling for justice and change. She was loud and unabashed, feisty and determined. That's part of what made her such a respected and effective advocate, mentor, and trainer, not only in Lansing but across the state. But Shari was also humble and thoughtful and playful, which endeared her to legions of colleagues, clients, and friends.

Shari's empathy and compassion knew no bounds. She was devoted to looking after her mother and sister in the last years of their lives. She purchased an electric cathouse for the neighborhood stray to keep warm in the winter. This summer she made gift bags for the roofers. Who does that?! Only Shari Murgittroyd.

A proud Virgo, she adored fairy gardens, crafting and quilting, and animals, especially her three cats Bella, Birdie, and Raven. There was no place she'd rather be than by the water.

Though she was already extraordinary, Shari always tried to be a better person, and she had a rare gift that inspired everyone around her to be better too. For those who were fortunate enough to know her, that inspiration will live on forever.

Shari is preceded in death by her parents, Gene and Mary Lou, and her sister, Sandy Myers. She is survived by her son Nicholas Thum and brothers Randy (wife Cindy) Murgittroyd and Rick (wife Carrie) Murgittroyd, along with an extended family that includes many nieces, nephews and cousins. Her friends and family celebrate a life well lived and wholly loved, while also mourning its premature end.

In lieu of flowers, donations can be made in her memory to North Star Wellness Center to support its Survivor Fund.

A service honoring Shari's life and legacy will be held from 1-3pm on Sunday, September 20, 2020 at the Michigan Wildlife Conservancy/Bengel Wildlife, 6380 Drumheller Rd., Bath, Michigan. The service will be held outside, under a large, covered patio with plenty of space for social distancing. Face coverings are required. For those who are unable to attend, a live stream of the service will be made available on Shari's Facebook page.


Published by Lansing State Journal from Sep. 4 to Sep. 6, 2020.
To plant trees in memory, please visit the Sympathy Store.
MEMORIAL EVENTS
Sep
20
Service
1:00p.m. - 3:00p.m.
Michigan Wildlife Conservancy/Bengel Wildlife
6380 Drumheller Rd., Bath, MI
MAKE A DONATION
MEMORIES & CONDOLENCES
4 Entries
A witty, spunky, vivacious beautiful lady with a heart full of gold. Always lit up a room with her smile! I can still hear her voice and laughter!
Suzie Mates
Classmate
September 5, 2020
My voice as a survivor is stronger because of your kindness and support ❤ Rest in power, Shari ❤
Alexandra Mitchell
Friend
September 5, 2020
It’s been a long time since HS. But reading Shari’s obituary is like looking back 35 years to see the same person. An amazing woman and great friend to many. Gone too soon Rest in Eternal peace my friend.
Al Gulick
Classmate
September 5, 2020
Shari helped me so much and I really will miss talking to her. I only knew her during the last year. She gave me strength. May her family and friends know how much good she did in her short time.
Live your best life in honor of her.
Sheryl May
Friend
September 5, 2020
Showing 1 - 4 of 4 results