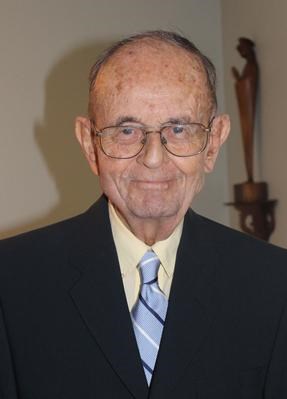 Thomas Maurice Farrell, 86, born in Detroit, Michigan, January 15, 1928, passed peacefully into eternal rest in Lansing, MI, December 25, 2014. It is with heavy hearts that we announce the passing of our Father, Grandfather, husband, and best friend.  His journey in this world has ended, his pain is gone, and he now rests in the arms of Jesus.  Tom worked hard to support his family, was an honest, generous and true friend; and most of all, he loved his wife and family. He will be deeply missed.

Tom was an avid tennis player, golfer, enjoyed history, politics, and photography. He and his wife Marilou also loved to travel and shared many trips abroad. In 1946 Tom began his career as a sports reporter for the Grand Rapids Herald. In the span of his nearly 50-year career he served as the public information officer for many state government agencies including the Michigan State Highway Department, the Michigan Commerce Department, and the Michigan Department of Education. He also worked for the Michigan Catholic Conference and as an administrative assistant to former U.S. representative John C. Mackey. In 1985 he was hired by then-Chief Justice G. Mennen "Soapy" Williams to be the Public Information Officer for the Michigan Supreme Court, where he worked until his retirement in 1993. Tom was a member of the Michigan Historical Commission, was president of the Michigan Press Association, a member of the Michigan Broadcaster's Association, and a lifetime board member for Blue Lake Fine Arts Camp.

The family wishes to invite those whose lives were touched by Tom to join them in celebration of his life Wednesday, December 31, 2014, at 10:30 a.m. at St. Gerard Catholic Church, Lansing, MI.  Burial at St. Joseph Catholic Cemetery, Lansing, MI.  Visitation is Tuesday, December 30, from 2:00-4:00 p.m. and 6:00-8:00 p.m., with Vigil Service at 7 p.m. in the Tiffany Funeral Home, 3232 W. Saginaw St., Lansing. Viewing will be from 9:30-10:30 a.m. Wednesday at church. Friends may visit the guestbook at www.tiffanyfuneralhome.com. In lieu of flowers donations may be made to organizations supporting Alzheimer's research and care. 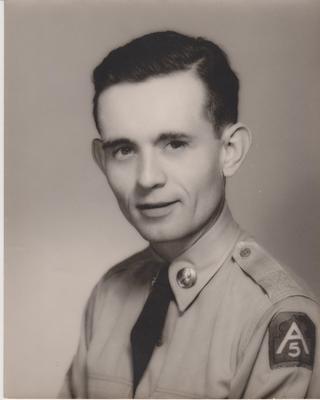 Published by Lansing State Journal on Dec. 28, 2014.
To plant trees in memory, please visit the Sympathy Store.
MEMORIAL EVENTS
To offer your sympathy during this difficult time, you can now have memorial trees planted in a National Forest in memory of your loved one.
Funeral services provided by:
Tiffany Funeral Home
MAKE A DONATION
MEMORIES & CONDOLENCES
12 Entries
Sue, I am so sorry to see your Dad passed away. What a tribute to him in the Lansing State Journal. Sounds like a neat guy. Love & miss you. You are in my thoughts & prayers through this difficult time.
Ann (Volz) Parker
January 1, 2015
Please accept my deepest sympathy upon the passing of Tom. He was a gracious and welcoming gentleman. My husband, Kevin, had great admiration and respect for Tom. He will be missed by many people. Wishing you peace and loving memories of Tom.
Jamie Kelly
December 30, 2014
I can picture Mary Lou with her hands on her hips saying: Tom, what
took you so long. They were quite the couple!
Both are missed.
Donna Randall
December 30, 2014
Tom Farrell was a wonderful friend. My wife Rose and I shared many joyful times with Tom and his beloved Mary Lou including weddings of our children.
Tom had a special talent as a journalist to communicate the essence of an idea in plain understandable prose, whether for a public official, another journalist, or the general public reader. i recall when he was the public information officer of the Commerce Department, he he explained in a press release for the Michigan Public Service Commission a complex utility finance theory, and the next year an expert witness for a major Michigan utility quoted the exact language of the press release in his testimony to explain the finance concept in a utility rate case.
As a journalist, Tom was happiest getting a story out to the public, and he was happiest when he was working for with an authentic public leader with a story to tell.
Tom had quite a run and I was fortunate to have been a part of it.
My wife Rose and I are at our winter home in Arizona, and will not be able to be with you in Lansing, but are comforted with the celebratory memory of Tom and Mary Lou staying with us at our Arizona home some years ago.
Bill Ralls
December 30, 2014
"T", as he was affectionately known by his schoolmate buddy Dick Lang (and family), will surely be remembered as a loyal Spartan fan, politics aficionado, and long term friend.
RIP "T"!
December 30, 2014
Tom was a fine gentleman and an invaluable friend to those of us who covered the Supreme Court. Unfailingly helpful, very patient, and possessed of a great memory, he was the model of a public information officer. He would make a point of remembering what cases a reporter had covered and would follow up when the case was on appeal or an opinion was released. He contributed so much to the public's understanding of the justice system, and he certainly helped reporters do better work. God bless you, Tom. Deepest sympathies to his family.
Marcia McBrien
December 29, 2014
My prayers are with you.
Susan Gorski
December 29, 2014
Tom was a dear friend and true mentor. I was very saddened to learn of his passing. I had the joy of working for him as public information officer for the Michigan Department of Education while he was assistant superintendent for public affairs. My wife,KitSan and I could always count on his friendship and advice during the years we worked in Lansing. Our Prayers are with his family and friends.
Patrick Vaughan
December 29, 2014
A good friend for well over a half century. Best wishes to family.
Don Myers
December 29, 2014
Our thoughts and prayers are with you all.
Carrie Chapin-Muth
December 28, 2014
Prayers are sent your way.
Mary Kay Cagney Graessle
December 28, 2014
Our sincere sympathies to you and your family.
Don Chapin
December 27, 2014
Showing 1 - 12 of 12 results