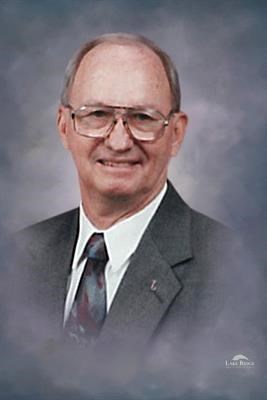 Claude was born to Edward Glen O'Brien and Laura Grace O'Brian in Cotulla, TX. He grew up in South Texas graduating from Agua Dulce High School. He married his sweetheart, Angeline Elizabeth Sill, in 1953-loving her for 65 years.

He accepted Jesus Christ as his Lord as a boy and was a faithful witness and servant, witnessing and leading many souls to salvation.

Claude was drafted into the US Army during the Korean War - taking him to Ft. Bliss in El Paso, Texas. After leaving the Army, he became an electronic technician at White Sands Missile Range. Over a 34 year career, he was promoted to Radar Chief - serving on a number of special missions including the GEMENI and Apollo projects for NASA.

After retirement, he and his wife moved to Lubbock, TX and enjoyed serving the Lord at Bethany Baptist Church, woodworking, and traveling.

He was preceded in death by his parents, 2 brothers, and beloved son, Kevin.