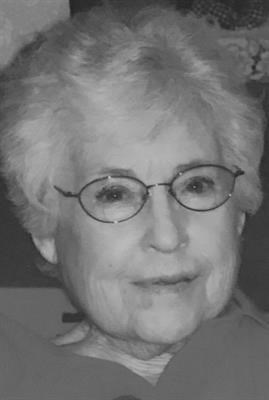 BORN
1929
DIED
2018
FUNERAL HOME
Adams Funeral Home - Ralls
520 WATTS ST.
Ralls, TX
Lorenzo- Mary Jo Webb, 88, passed away Tuesday, March 27, 2018. A lifelong resident of Lorenzo, Texas, Mrs. Webb was a daughter of the late Marvin C. Aycock and Jessie Wheeler Aycock. She was raised with her three siblings on a farm in Robertson, Texas. She and her late husband, J.D. Webb, continued the farming life, where they raised their four children. In later years, Mary and J.D. owned and operated Webb Nursery in Idalou, Texas. Living on the farm, Mary and J.D. were avid gardeners and summers were spent picking, canning, and freezing the harvests. She was known for her blue ribbon sweet pickles! Mrs. Webb was a longtime member of the Lorenzo United Methodist Church where she played the organ for 30 years. She had a beautiful voice and was asked to sing at many weddings, funerals, and other activities around the area. She continued playing her piano and singing at her assisted living facility up to the very last weeks of her life. Mary was also known for her art work-she loved to paint and left a legacy of beautiful paintings for her family to treasure. Perhaps her greatest pleasure was spending time with her family. In her later years, she moved to Watkinsville, Georgia with her daughter, Carol and children, to be near her daughter, Melinda and her family. In addition to her parents and husband, she was preceded in death by two sons, Duane Lynn Webb and Steven Jay Webb; one brother, Donald Aycock and one sister, Betty Johnson. Survivors include her daughters, Melinda (Keith) Karnok and Carol Elaine Kainz; six grandchildren, Kristen Karnok, Kara Barnett (Beau), Keith Justin Karnok, Kortney Karnok (Joe Bavone), Dante Kainz and Cailin Kainz; three great-grandchildren, Carlie Cowan, Camron Carter and Cole Carter, and one brother, Wendell Aycock. A private celebration of Mary's life will be held in Watkinsville, Georgia and burial will take place in the Ralls City Cemetery in Ralls, Texas with a small memorial service on Friday, April 6, 2018 at 2:00 p.m. In lieu of flowers, donations may be made to the Alzheimer's Association, 41 Perimeter Center East, Suite 550, Atlanta, GA 30346. Lord and Stephens, West in Athens, Georgia and Adams Funeral Home in Ralls, Texas are in charge of arrangements. www.lordandstephens.com
Published by Lubbock Avalanche-Journal from Apr. 5 to Apr. 6, 2018.
To plant trees in memory, please visit the Sympathy Store.
MEMORIAL EVENTS
To offer your sympathy during this difficult time, you can now have memorial trees planted in a National Forest in memory of your loved one.
Funeral services provided by:
Adams Funeral Home - Ralls
MAKE A DONATION
Please consider a donation as requested by the family.
MEMORIES & CONDOLENCES
0 Entries
Be the first to post a memory or condolences.