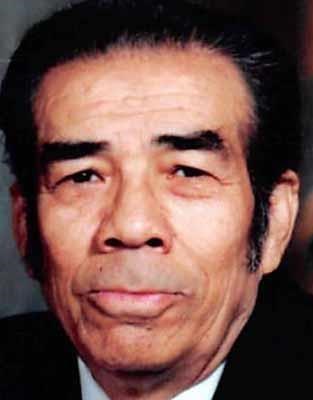 BORN
September 15, 1935
DIED
April 12, 2016
FUNERAL HOME
Resthaven Funeral Home & Cemetery
5740 West 19th Street
Lubbock, TX 79407
Raul R. Gonzalez LUBBOCK-Raul R. Gonzalez, 80, from Lubbock, Texas, also known as Pomp n passed away on April 12, 2016 surrounded by his family. He was born in Sebastian, Texas on Sept. 15, 1935, to Manuel Gonzalez and Maria Rodriguez. He was raised in Harlingen, Texas. He married Hortencia Minjarez (Gonzalez), the love of his life on July 19, 1958, in Lubbock, Texas, and remained married for 57 years. Raul Gonzalez worked at Eagle Picher for almost 20 years and in the hospitality field up to his retirement. He was a member of the Knights of Columbus Council #10181, an usher at St. Joseph's Church, Eucharistic Minister, lifetime member of Sagrado Corazon, and donated throughout his life to Maryknoll Fathers, a charity organization. He was the epitome of unconditional love, perseverance, and an unyielding work ethic. As a result of this unyielding work ethic, his children were able to realize not just their dreams but also fulfill the dream that he and his wife had for their children, a dream that meant that they would achieve a better quality of life, a life that they could only imagine. All of his six children received a college degree and three of them have obtained a Master's degree. In addition to this dream and his marriage of 57 years, his greatest accomplishments, he also ensured that his family was always healthy and happy! He has left an indelible mark in the hearts of everyone who knew him. His legacy of compassion, understanding, and of pure love will forever change how we all view the world. Seeing the world through Papi's eyes meant seeing only the best in everyone, the most positive of outcomes, and the path of least resistance. He loved being with his family, dancing, and laughing. The legacy he leaves behind is priceless and we are better human beings for a being part of his life. He is preceded in death by his parents, Manuel Gonzalez and Maria Rodriguez; brother, Guadalupe Gonzalez; sister, Olga Gonzalez; uncles, Tomas Rodriguez and Jose Montez; and twin grandsons, Gaston and Gage. He is survived by his wife, Hortencia Gonzalez from Lubbock; his children, Juanita Gonzalez from Lubbock, Sylvia Gonzalez Villanueva (Tony) from San Antonio, Jesse Gonzalez (Marcy) from Lubbock, Gloria Gonzalez Lowe from San Antonio, Tommy Gonzalez (Sandy) from El Paso, and Penny Gonzalez Scheiler (Sean) from San Antonio; his grandchildren, Divina and Tori Villanueva, Niki, Lexi, and Sienna Gonzalez, Ashley Lowe Grosso (Gehrig), Arielle and Scotty Lowe, Sagen and Sager Gonzalez; and great-granddaughters, Melonie Grosso and Emerson Villanueva. Visitation will be on Thursday, April 21, 2016, from 2 to 5 p.m. at Resthaven Funeral Home followed by the Rosary at 7 p.m. at Christ the King Cathedral. The mass celebration will be on Friday, April 22, 2016 at 11 a.m. at Christ the King Cathedral. Burial will follow in Resthaven Memorial Park. To leave an online condolence to the family, please visit our website at www.resthavenfuneralhome.com.

To plant trees in memory, please visit our Sympathy Store.
Published by Lubbock Avalanche-Journal on Apr. 20, 2016.
MEMORIAL EVENTS
No memorial events are currently scheduled.
To offer your sympathy during this difficult time, you can now have memorial trees planted in a National Forest in memory of your loved one.
Funeral services provided by:
Resthaven Funeral Home & Cemetery
MEMORIES & CONDOLENCES
8 Entries
Tommy and Sandy--Christina and I want to share our sincere condolences to you and your family on the loss of your Dad. We know the physical loss of an exceptional family patriarch will continue to have a spiritual presence in your family's hearts for many years to come. May you find peace, comfort, and joy in the celebration of your Dad's legacy.--Tommy and Christina
Tommy Camden
May 2, 2016
We want to give our condolences to you, Tia Sylvia and your family on the loss of your dad. I'm sorry we can't be there in person but please know we are there in spirit and heart. May God give you peace and comfort on such a difficult day and rest assured he's in a better place with our Lord. You're always in our hearts. We love you very much!
-Anthony, Rosa, & Noe Jose Flores
Rosa Flores
April 22, 2016
Tommy, please know that you and your family are in my thoughts and prayers. I know this is a very difficult time for all of you, but also know you are a great gift to each other to get through a really sad time.

Maria and James Rhodes
Lubbock, TX
April 21, 2016
It saddens me very deeply to hear through a mutual relative this morning of my uncles passing most recently. Since I learned of this very sad news I have not been able to get my uncle's face out of my thoughts all day. I remember his face very vividly, and it saddens me even more that I did not get the opportunity to get to know him even more. My sincerest and most profound condolences to my auntie, cousins and to the entire family.
Lue G. Montalvo- (310)748-4415
Lue G, Montalvo
April 20, 2016
Tommy and family,
My sincerest condolences. Our prayers are with you during this very difficult time. God is with you and your family, you are not alone.
Respectfully,
Emma Acosta, Ismael Enriquez, Dora Oaxaca, Yvonne Sanchez
Emma Acosta
April 20, 2016
Our sincere sympathy to the family.
April 20, 2016
May God bless you and your family in this time of sorrow.
Ray and Carolina Figueroa
April 17, 2016