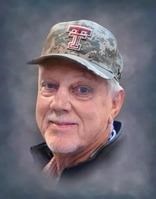 BORN
1947
DIED
2021
FUNERAL HOME
Lake Ridge Chapel and Memorial Designers
6025 82nd St
Lubbock, TX
Steven Wayne Fife
The family of Steven Wayne Fife will celebrate his life of 73 years at 11:00 AM Tuesday, May 4, 2021, at Highland Baptist Church. A time of fellowship and remembrance will be from 6:00 PM to 8:00 PM, Monday, May 3, 2021, at Lake Ridge Chapel and Memorial Designers. He passed peacefully at home on Wednesday, April 28, 2021.
On July 2, 1947, Steve was born to James and Dorothy Elizabeth (Rainey) Fife in Lubbock, TX. Steve spent his early years growing up in the Arnett Benson neighborhood and was an active member in the Boys Club, gaining many childhood friends that he held throughout his entire life. After graduating from Lubbock High under the care and encouragement from Jimmy and Phyllis Fife, he met and married Jerita Freeman Fife, who preceded him in death in 2014. During the early stages of their engagement and marriage, Steve volunteered to serve in the US Army. He served two tours in Vietnam, earning him multiple accolades to include the Bronze Star. Shortly after returning to Lubbock to raise their family, Steve started his lifelong trade as a pipefitter. He was an active member of the Local Union 669 throughout his career and even through retirement. Upon retiring, and the passing of his first wife, he married and loved and cared for Kathy Riley-Fife and her family. Steve was an active member at First Church of the Nazarene before transitioning as an active member at Highland Baptist Church. He was an active member of various officiating organizations. His passion and pursuit of excellence were greatly displayed through various baseball officiating organizations through multiple years. Steve also greatly enjoyed riding his classic Cushman Scooters and playing golf with his friends and sons. Steve was a loving husband, father, grandfather, great grandfather, brother, and best friend to many. He never met a stranger.
Survivors include his wife, Kathy Riley; children, Tamara Fife, Tonya Fife, Theadore (Kristen) Fife, and Michael (Chasidy) Riley; grandchildren, Kourtney (Sixto) Paiz, Tonya, Jake, Ryan, Teddy, Dottie, Grace, Tyler, Nathan, Jack, Duck, Charley, Sam, Kayedon, Karson, and Addison; great-grandchildren, Beaux and Lilli; and a brother, Jimmy (Phyllis) Fife and multiple nephews and nieces.
He was preceded in death by his parents; his first wife, Jerita Fife; a daughter, Phyllis Fife, and two sisters, Diana (Charles) Jennings and Carolyn Reeve.
The family of Steve Fife has designated the Boys & Girls Club of Lubbock at lubbockbgc.org for memorial contributions donated in his memory.

Published by Lubbock Avalanche-Journal from May 1 to May 2, 2021.
To plant trees in memory, please visit the Sympathy Store.
MEMORIAL EVENTS
May
3
Visitation
6:00p.m. - 8:00p.m.
Lake Ridge Chapel and Memorial Designers
6025 82nd St, Lubbock, TX
May
4
Celebration of Life
11:00a.m.
Highland Baptist Church.
TX
Funeral services provided by:
Lake Ridge Chapel and Memorial Designers
MAKE A DONATION
MEMORIES & CONDOLENCES
Sponsored by Lubbock Avalanche-Journal.
2 Entries
I only got to ride with Steve 1 time. We talked on the phone several times and were going to the Concho Vallie ride but he was not able to go. I only herd he had passed yesterday. I did not know him long but he was real nice & A great loss. So sorry.
James Perry
August 19, 2021
I met Steve when came in country (Vietnam) the summer of 1968. I was Steve’s Squad Leader and I can vouch for him being an excellent soldier with outstanding leadership qualities. After Vietnam we drifted apart and made lives for ourselves. We reconnected a couple of years ago and Steve flew down to visit me in Hattiesburg, MS. We went to see his beloved Texas Tech Baseball team play Miss. State in Biloxi. Tech lost every game! While in Mississippi Steve was there for the birth of my granddaughter Emma. Fast forward to this Friday I watched Texas Tech beat U. Of Texas 6-3 in Austin, TX, a game i had invited Steve to come and watch with me. They won for Steve! When you are in combat with someone they become a Brother for life. Steve is and always be my Brother! I’ll miss him dearly but I am looking forward to seeing him when we march together in heaven. Love you Steve, you Brother Quitman Lockley
Quitman Lockley
Served In Military Together
May 1, 2021
Showing 1 - 2 of 2 results