FUNERAL HOME
Davis Funeral Homes & Memorial Park Eastern Ave.
6200 South Eastern Ave
Las Vegas, NV
ALFRED O'DONNELL Alfred J. O'Donnell, beloved husband and father, passed into the arms of his Lord and Savior, Jesus Christ, April 9, 2015. Al was born and raised in Boston, and graduated from North Quincy High School. He married his high school sweetheart, Ruth McCausland, in 1943. Al gave up a promising baseball career with the Boston Braves, (now known as the Atlanta Braves) to join the United States Navy. Al received an honorable discharge after having served in World War II in the South Pacific. At the end of the war, Al attended Massachusetts Technical School, Northeastern University and the Alexander Hamilton Institute. Following graduation, Al was employed by the Raytheon Manufacturing Corporation and later transferred to the Massachusetts Institute of Technology (MIT). During Al's tenure at MIT, he became associated with three professors, Dr. Harold Edgerton, Dr. Kenneth Germeshausin and Dr. Herbert Grier who had formed a partnership to develop the timing and signal distribution system for the arming and firing of all future nuclear and hydrogen bomb detonations in the South Pacific, Alaska, and the Nevada Test Site for the United States Atomic Energy Department. The partnership of the three professors at MIT later become the corporation known as EG&G. In 1952, Al and his family moved to Las Vegas after having been selected by Dr. Grier to open the offices and laboratory of EG&G in Las Vegas in support of the Nevada Test Site. One of Al's greatest achievements came when he was selected by Dr. Jack Clark, Nevada Test Site Director, to be a member of the four-man arming party responsible for making the final check and connections for the detonation of 168 nuclear and hydrogen bombs. Al retired from EG&G after 26 years of service. Al is named in the "First 100," a book published in 1999 which chronicles the 100 most influential people in Nevada during the early years. Al was preceded in death by his wife, of 69 years, Ruth Irene O'Donnell; daughters, (infant) Marjorie O'Donnell and Nancy J. Pearlman; as well as his son, Thomas M. O'Donnell. Al is survived by his daughter, Eileen Brown (Duncan); sons, William (Mary) and Daniel (Debbie) O'Donnell; as well as many grandchildren and great-grandchildren. Al was an active member of his church community and for many years taught Bible Study classes. The family wishes to thank the staff at Sunrise Senior Living, as well as the wonderful care that was provided by Compassionate Care Hospice. Al will be remembered with great love and affection for all who knew and loved him. Viewing will be 1-2 p.m. Sunday, April 26, at Davis Funeral Home, 6200 S. Eastern Ave., Las Vegas. Graveside services will following at Davis Memorial Park. In lieu of flowers, donations can be made to Doctors Without Borders. 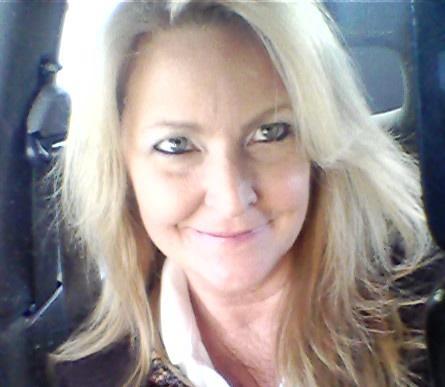 To Eileen & Dan,
I just heard of Al passing today. I feel so humbled and blessed to have known him! He was always cracking jokes and making everyone laugh. I miss him! Hope both of you are doing well. Miss you as well!
Sincerely,
Cheryl Rydzewski #702-858-4519
Concierge
Cheryl Rydzewski
April 14, 2015
Eileen and Duncan: We are so very sorry to learn of your loss. Our hearts go out to you and your family. You will all be in our thoughts and prayers. May you find comfort and strength in the knowledge that he is with God.
Terry and Cindy Daly
April 14, 2015
I had the pleasure of assisting in Al's care many yrs ago (2000). He and I spoke of the military, as I am a Navy Veteran and his long career. At one of his visits to the clinic I was employed by he brought by some pictures of the testing he had been involved in. Pictures that had been declassified. My children used these pictures for their class assignments.
Mr. Al, I truly enjoyed meeting you and I know that you are at peace now. God Blessed you with a wonderful family who will miss you so much.
Thank you Sir for all that you did for our country. I have never forgot you nor will I ever.
God Bles your family.
Barbara Mask
April 14, 2015
Al was a great guy and a terrific storyteller. I am so glad I had the opportunity to interview him for the Classic Las Vegas project. My deepest sympathies to his family.
Lynn Zook
April 13, 2015
Dad, you will always be in my heart and in my life. Ilove you for the man that you brought me up to be and I will be always thankfull for that. I love you forever, Dan.
April 12, 2015
Al and Ruth, You were both dear friends to me and a great inspiration to many at St. Andrew. You will be in my thoughts until we meet again in heaven.
Ruth Pfaff
April 12, 2015
My sympathies to all the loved ones! His homecoming in Heaven must have been grand!
Prayers always Bill and Mary.
Mary Lou Foley
April 12, 2015
I had worked with Al in the insurance business back in the late 70's and he was always a gentleman and always gave me the time of day. So sorry for your loss.
John Hein
April 12, 2015
Showing 1 - 13 of 13 results