CALVIN SHIELDS Calvin A. "Eagle Eye" Shields passed away Tuesday, Jan. 5, 2010. He was born April 28, 1924, in Jacksonville, Fla. He is survived by his son; a sister; and a host of grandsons, granddaughters, nieces, nephews and special friends. For decades, he was recognized, honored and respected by the music world. Calvin lived in Las Vegas for 42 years. At the age of 21, Calvin decided to follow in his father's footsteps, but instead of the piano, he decided to play the drums - but it wasn't his first choice. He loved to joke about how his musical career began. "I went in as a trumpet player and came out a drummer," he laughed and said. In 1945, he was honorably discharged from the U.S. Army. From 1945 to 1956, he traveled from Florida to New York performing with big bands. He landed a few gigs at the Cotton Club and sat in on a few recording sessions at King Records. He joined Tiny Bradshaw's band, who at the time, was best known to the world as the "King of Jitterbug." Later, he played with the Billy Williams Quartet and traveled the world - Japan, Europe, Cuba, Puerto Rico, Canada and Switzerland. He formed, "The Calvin Shields All-Star Band," and played nightly at the Carver House, located on the westside (D and Jackson). He then joined famed singer/actress, Della Reese's band at the Flamingo Hotel. From 1967 to 1973, he traveled from New York to Las Vegas with Ms. Reese. From 1978 to 1984, he became the music director and drummer for Redd Foxx, appearing at hotels such as the Sahara, Landmark and the Hacienda. He was a member of the Valley View Golf Club, the Jazz Society and Second Baptist Church. Visitation will be 3-8 p.m. Friday, Jan. 8, at Davis Funeral Home, 2127 W. Charleston Blvd., Las Vegas, NV 89102. Funeral services will be at 1 p.m. Saturday, Jan. 9, at Second Baptist Church, 500 W. Madison Ave., Las Vegas, NV 89106.

Published by Las Vegas Review-Journal on Jan. 7, 2010.
To plant trees in memory, please visit the Sympathy Store.
MEMORIAL EVENTS
To offer your sympathy during this difficult time, you can now have memorial trees planted in a National Forest in memory of your loved one.
MAKE A DONATION
MEMORIES & CONDOLENCES
11 Entries 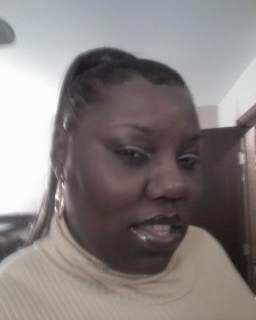 hey papa this is from your one and only grand daughter may you rest and peace love you with all my heart and let my mom know that she is 4ever loved and never 4gotten same 4 u papa
love liguori
liguori carroll
January 11, 2010 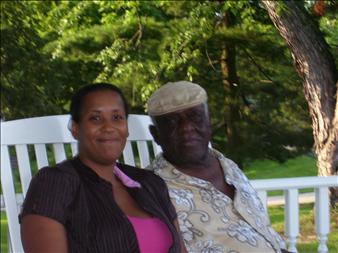 Grandpa Calvin,
rest in peace for you are reunited in heaven with my dearest Aunt Gina and Red Foxx as well as hosts of friends and family members. I will not forget your stern, kind words as you expressed your concerns for my well being this summer.

"Live in the sky
play your jazz on high"

Love,
your grandbaby
Lori Howard
Lori Howard
January 11, 2010
Having known Eagle Eye since early childhood, during the "Glory Days" of Jackson Street, the Carver House, and the historic Westside, I am so proud to say that all of my memories of him are those of joy! He had a way of making you feel as special as it was to be in his presence. What a joy it'll be to watch and hear him on drums again in Gloryland! We love you and will miss you...until then.
Daphanne Lynette Thomas, Ph.D.
January 9, 2010
There is always a need for drummers in Heaven. Eagle Eye will now be a drummer for a band of angels. Rest in peace.
Bonnie & Sharla Juniel
January 8, 2010
I had the great pleasure of meeting Mr Shields at the Mosignor residence, where my mother also lives, I am Cuban as is my mother and we talked about Cuban food and Cuban music and the times he enjoyed both when he traveled there to play, I didn't know him for very long but I truly enjoyed my talks with him, May He Rest in Peace
Alina Alvarez
January 7, 2010
Hey Eagle Eye! Nobody could swing like you man. I learned so much about playing listening to your drumming and your stories. Knowing you will always be among the joys of my life. You will be in my heart whenever I play Jazz Drums...Thank you!
John Nasshan
January 7, 2010
My thoughts and prayers are with you in your time of grief. May your memories bring you comfort.
Joe Locatelli
January 7, 2010
Mr. Shields you will be truly missed here at Monsignor Shallow. Your singing always brought a smile to my face. You are truly someone special and I am so happy I got to know you. May you rest in peace.
Cassandra Garcia
January 7, 2010
Mr. Shields you will truly be missed here at Monsignor Shallow. I can remember you coming into my office singing. You knew how to make me smile. You, your family & close friends are in my prayers. May you rest in peace.
Cassandra Garcia
January 7, 2010
Eagle Eye you will be greatly missed here at Monsignor. I will miss you singing to me in the mornings at the office. You are truly someone special...Rest In Peace
Cassie Garcia
January 7, 2010
My Dear Friend,
You will always have a special place in my heart. Remember how we used to tease each other about having the same first name.ending it with a hearty laugh and a handshake. I will miss you my friend.
Calvin Slay
Calvin Slay
January 7, 2010
Showing 1 - 11 of 11 results