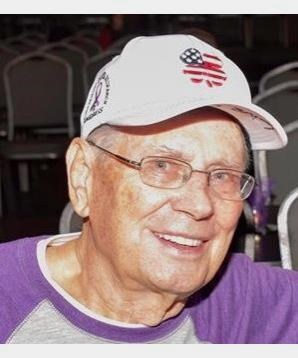 BORN
1940
DIED
2021
Carl R. Brunson, 80, of Las Vegas, NV passed away peacefully at his home surrounded by family on February 22, 2021. Carl was born in Davenport, Iowa July 12, 1940 to Merrill & Mabel Brunson; he graduated Clinton High School class of 1959, and attended the University of Iowa before joining the Iowa State National Guard. In 1963 Carl married his high school sweetheart, Bonnie J. Charnoski; together they raised 3 children and enjoyed 57 amazing years together. Carl joined Franklin Life and moved his family to Las Vegas, NV in 1973. Soon after, Carl & Bonnie opened a Kwik Kopy which morphed over 30+ years into ProForma Prestige Graphics. Carl was a Rotarian and a Booster for the UNLV Athletic Department; he enjoyed supporting the UNLV Football, Basketball, and Golf teams; he coached his sons in Little League baseball, Legion Baseball, and Pop Warner Football; and, he enjoyed camping, playing golf, and spending time with his family - he was a true family man. In 2005 Carl and Bonnie traded their desks for an RV and traveled the USA; they fell in love with Stoneridge in Blanchard, Idaho, and it soon became their summer vacation destination. April 2017 Carl was diagnosed with pancreatic cancer. Initially given a prognosis of 3-6 months, Carl lived 4-years post-diagnosis balancing chemotherapy, surgeries, and appointments with travel, family, and fun. Carl wants his legacy to be education about how to fight and beat pancreatic cancer - with PMA (Positive Mental Attitude), a strong support system of family & friends, an innovative treatment team (thank you UCLA), and good nutrition. Carl was the ultimate Cancer Warrior!

A celebration of life will be held on Carl's birthday, July 12, 2021 at Eagle Point Park in Clinton, Iowa from 1-4pm. In lieu of flowers, please consider donating to an organization close to Carl's heart, the Pancreatic Action Network, PanCan, at secure.pancan.org. The Brunson family invite you to share your memories and photos of Carl at never-gone.com, search Carl Brunson. Services are pending. Monday, July 12, 2021, at Eagle Point Park, Clinton, IA, ,
Published by Las Vegas Review-Journal on Jul. 13, 2021.
To plant trees in memory, please visit the Sympathy Store.
MEMORIAL EVENTS
To offer your sympathy during this difficult time, you can now have memorial trees planted in a National Forest in memory of your loved one.
MAKE A DONATION
MEMORIES & CONDOLENCES
1 Entry
Bonnie & family - I am so very sorry for your loss. Carl was a wonderful man and he will be missed. I worked for Bonnie & Carl at Prestige Graphics in the late 80's and they were two of the finest people I have ever had the pleasure of knowing.
Sandie Harmony
July 16, 2021
Showing 1 - 1 of 1 results