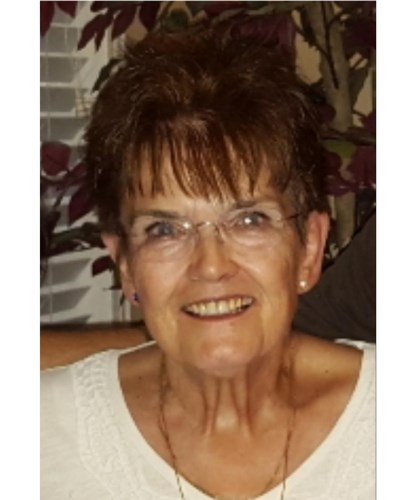 BORN
1944
DIED
2020
ABOUT
Las Vegas High School
Christy M. Sibley 76, of Las Vegas passed away on October 29, 2020. Christy was born June 5, 1944 in Hollywood, CA. She moved to Las Vegas in 1953 and graduated from Las Vegas High School in 1962. After graduation she attended college in Los Angeles to become a dental assistant. After working for a short time in Los Angeles, she moved back to Las Vegas where she also worked as a dental assistant. In 1967 she was hired as a PBX operator at The Dunes Hotel & Country Club. Christy worked at The Dunes as a operator and then Telecommunications manager until it's closing in 1993. She loved her job at The Dunes and the people she worked with. She then went to work at The Fitzgerald, now The D, from 1993 as a PBX supervisor until she retired in 2013.

As per Christy's request there will be no services.

No services scheduled.
Published by Las Vegas Review-Journal on Nov. 22, 2020.
To plant trees in memory, please visit the Sympathy Store.
MEMORIAL EVENTS
To offer your sympathy during this difficult time, you can now have memorial trees planted in a National Forest in memory of your loved one.
MAKE A DONATION
MEMORIES & CONDOLENCES
1 Entry
I had the honor of being both a co-worker and friend with Christy at Fitzgeralds. She was such a kind loving person and we had fun together. I have been trying to get hold of her for many months but unable to contact her. Christy, Kathy and I had many lunches together and laughed together during them. I will certainly miss those lunches and our friendship. I love you Lady. Please rest in peace.
Suzanne Hatch
Friend
November 23, 2020
Showing 1 - 1 of 1 results