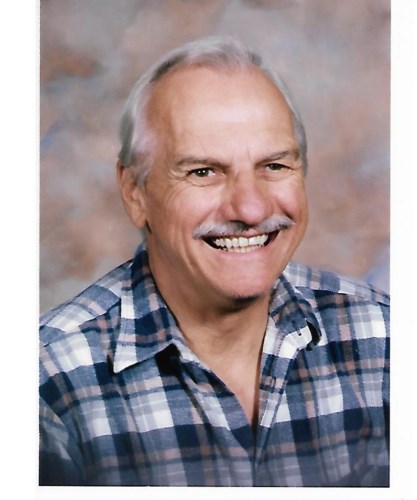 Frank was born in 1926 in Milwaukee, Wisconsin to Cyclia and Frank Siegfried Behnke. Frank enlisted in the Navy in 1943 and served as a 'Gunners mate' during WWII in the Pacific. Using the GI Bill, Frank received his Bachelor degree (Social Studies) and Master degree (Government) from California State University, Los Angeles.

Frank spent many years as an educator with Pasadena High School and Pasadena City College. He later worked for McDonnell Douglas Corporation, Parsons Corporation and Aramco in management development and instructional design.

For his 'retirement' at age 65, Frank returned to his first love of teaching high school for nearly a decade with the Baker Unified District in Inyo County, California.

Frank was happiest at the gun range, in a duck blind, reading Shakespeare or feeding his beloved quail in the backyard of his long-time residence in Boulder City, Nevada.

Memorial donations can be made on behalf of Frank Behnke to: The USO Great Lakes Naval Station, https://www.uso.org/donate/illinois Services previously held.
Published by Las Vegas Review-Journal on Aug. 1, 2021.
To plant trees in memory, please visit the Sympathy Store.
MEMORIAL EVENTS
To offer your sympathy during this difficult time, you can now have memorial trees planted in a National Forest in memory of your loved one.
MAKE A DONATION
MEMORIES & CONDOLENCES
1 Entry
May God's promise found in John 6:40, of the hope to see our loved ones again, comfort your heart and give you peace, strength, and hope in the days ahead.
J.
August 29, 2021
Showing 1 - 1 of 1 results