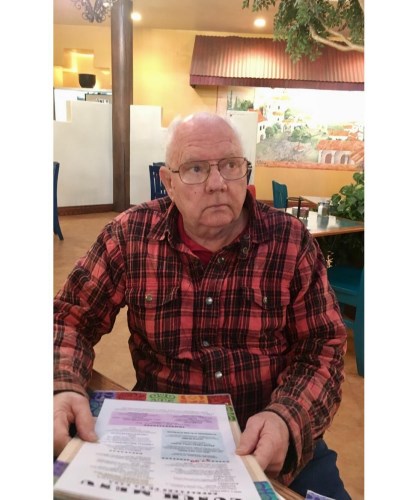 Garth graduated from Las Vegas High School in 1965, then joined the U.S. Air Force. After serving in Vietnam he was stationed at Nellis AFB. He worked as a roofer and estimator for a local roofing company and retired in 2017.

Garth was a golfer, fisherman and all around handyman. He was known for his quick wit and amazing sense of humor. Everyone who knew Garth liked him and he will be missed.

Garth was preceded in death by his son, Daniel. He is survived by his wife, Carole, daughter Misty Mendoza (Ernie), granddaughter Mia Flores, Frenchie Belle, granddogs Biff and Bernadette and grandkitty Delilah.

In lieu of flowers donations will be welcomed to:

No services scheduled.
Published by Las Vegas Review-Journal on Jan. 24, 2021.
To plant trees in memory, please visit the Sympathy Store.
MEMORIAL EVENTS
To offer your sympathy during this difficult time, you can now have memorial trees planted in a National Forest in memory of your loved one.
MAKE A DONATION
MEMORIES & CONDOLENCES
1 Entry
So sorry for your loss, many memories of many years together. Red and Cathi Neal
Hugh Neal and CJ Neal
January 24, 2021
Showing 1 - 1 of 1 results