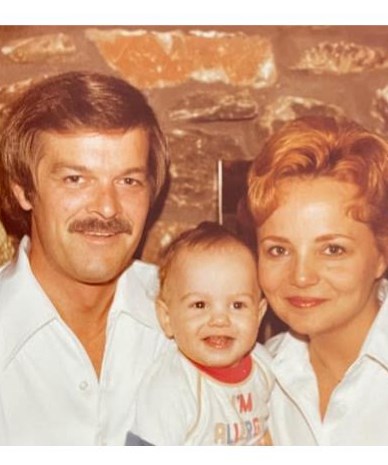 BORN
1940
DIED
2021
Schiestel, Gary A. - Age 80, passed away peacefully in his sleep while living at The Seasons of West Reno, Nevada, July 7th 2021. Gary was born October 20, 1940, the son of the late Francis Schiestel and Dorothy Hadfield {Schiestel} Martinez. He graduated from Flushing H.S., Flushing, Michigan in 1958, achieved an Associate's degree from Mott Community College, Flint, and attended the University of Michigan. Gary was stationed in Korea 1963/64, 501st Military Police Company, finishing his tour of duty at Fort Bliss, Texas. He resided in the Flint area all his life before moving to Las Vegas January 4, 1998 with his wife Penny. He retired as an Assistant Vice President and Branch Manager with 40 years of employment with Citizens Bank. After retiring from Citizens Bank, Gary assumed the position of Business Manager with the St. Jude's Ranch for Children in Boulder City, Nevada, while residing in the Las Vegas area. Gary had repeatedly communicated, "Moving to Las Vegas and working for St. Jude's Ranch for Children were the most inspiring years of my life." Following employment with St. Jude's Ranch, Gary became self-employed as "Designer Window Coverings" for 15 years, providing exceptional service in the Las Vegas area. Gary was a pillar of the community, who was always involved in leading organizations that focused on making the community a better place: Gary is a past member of the East Flint Lions Club; past secretary of the Flint Downtown Lions Club; past president of the Fenton Township Service Club; past president of the Fenton Rotary Club and a Paul Harris Fellow of Rotary; past president of the Holy Optimist Club; past board member of the Fenton Area Chamber of Commerce; a community activist of the Fenton area; and a board member of the Episcopalian Church of Las Vegas. He was respected and adored by many for his work ethic and dedication to his community. Surviving are his son Ryan, his wife Natalie and grandson Murray. Gary was preceded in death by his wife Penny J. Schiestel in 2017 and sister Sharyn Schiestel (Lampe) in 1995. In lieu of flowers, charitable donations can be made to the Fenton Rotary Club at www.fentonrotary.org. Services will be private.

Published by Las Vegas Review-Journal on Jul. 31, 2021.
To plant trees in memory, please visit the Sympathy Store.
MEMORIAL EVENTS
To offer your sympathy during this difficult time, you can now have memorial trees planted in a National Forest in memory of your loved one.
MAKE A DONATION
MEMORIES & CONDOLENCES
0 Entries
Be the first to post a memory or condolences.