Search by Name
KEITH RIVERA
1952 - 2021
BORN
1952
DIED
2021
ABOUT
Las Vegas High School
KEITH RIVERA Keith Allen Rivera was born May 6, 1952, in Las Vegas, Nevada, and passed from this life on January 19, 2021, at his home in Brasada Ranch, Oregon. Keith grew up in Las Vegas, and attended Las Vegas High School. While there he became an accomplished guitarist, and gained renown as a football player. Keith graduated from Las Vegas High School in 1970. His prowess at football gained Keith many scholarship opportunities, and he chose to attend Brigham Young University (BYU), playing first for head Coach Tommy Hudspeth, and then for the legendary Coach LaVell Edwards. During Keith's football career at Brigham Young University, the school won its first WAC championship in 1974, with Keith as an integral part of the team at Defensive End. Keith was widely credited by his teammates as saving the 1974 season with a players-only locker room speech, when the team started the season 0-3, after which the team finished the season 6-0-1. Keith was later named to the 15-Year All-Western Athletic Conference All Star Team, and was named as one of the 50 Greatest Players at BYU since 1953. Keith was drafted by the NFL Detroit Lions, but chose not to pursue professional football. During Keith's time at BYU, he was baptized a member of The Church of Jesus Christ of Latter-Day Saints. He married Vicki (Victoria) Lynn Rencher in the Las Vegas Temple in 1975. After gaining experience in business and management, Keith moved to Anchorage, Alaska, and joined the firm of Dean, Witter Reynolds (now Morgan Stanley) as a financial advisor. Applying his formidable skills of hard work, dedication, and energy, Keith was one of the first in the financial world to travel into the Alaska wilderness by bush plane and dog sled to call on the Native Corporations to assist them in investing their funds. He was very successful in his effort, laying the foundation for a life-long career as a wealth manager. Keith attended the Wharton School of Finance and was awarded the Certified Investment Management Analyst ® (CIMA) designation. Keith later moved to Union Bank of Switzerland (UBS), where he advised individuals, families, and businesses until his untimely passing, operating out of the Bend, Oregon, office. Keith served as the Chairman for "Operation Santa Claus," and was a Board member for the KIDS center. He was a former Chairman of the Center for Economic Research and Forecasting (CERF). Keith brought the same capacity for hard work, attention to detail and commitment to excellence from his work to his leisure activities. He became an accomplished horseman. He was a dedicated and excellent amateur golfer, playing out of his home course at Brasada Ranch. He loved his dogs. Keith's defining characteristic was his interest in and desire to communicate with other people. He loved to talk to anyone he met, any time he met them, anywhere he met them. He leaves behind countless friends and acquaintances, all of whom will miss him. For the last several years, Keith enjoyed attending the Shilo Ranch Church at Brasada Ranch. Keith is survived by his wife of 45 years, Victoria (Rencher), Rivera, and his brother and sister-in- law, Lyle and Timbuck Rivera, and brothers Ron Rivera and Shawn Rivera, brother-in-law and sister-in-law Guy and Meadena Rencher, and brother-in-law and sister-in-law Pete and Linda Rencher. Interment will be a private graveside service at the Redmond Memorial Cemetery, Redmond Oregon, on Tuesday, January 26. A celebration of Keith's life for family and friends will be held at a later date, due to the current pandemic conditions. A suggested charity for contributions in lieu of flowers will be announced when Keith's celebration of life is scheduled.

Published by Las Vegas Review-Journal on Jan. 31, 2021.
To plant trees in memory, please visit the Sympathy Store.
MEMORIAL EVENTS
To offer your sympathy during this difficult time, you can now have memorial trees planted in a National Forest in memory of your loved one.
MAKE A DONATION
MEMORIES & CONDOLENCES
12 Entries
Keith....I cannot believe you are no longer with us here on this Beautiful Earth. We become good friends over the past couple of years. We shared experiences in Lake Chelan, Powell Butte, the Pendleton Roundup and had many wonderful conversations. We believed in the same ideals. I loved his energy, love of life and how he cared so much for Victoria. He had a lot of friends and cared about his community. I am sad that we will not share more moments of fun and adventure.
Keith, you were a monument amongst mankind and I will miss you.
Rich Seiler
Friend
February 25, 2021
Marilyn and I knew Keith for probably 40 years, beginning when he was our financial advisor at Dean Witter in Anchorage. We were all starting out on our Alaska adventure and found Keith's commitment to his clients and friends to be superb. We ultimately followed him to Central Oregon, where he helped us secure our Sisters home. Through the whole time, his devoted service to our financial requirements has been exceptional and his deep friendship enduring. We offer our sincere condolences to Victoria, Keith's office staff and all those who knew him in this difficult time. Jim Barnett
Jim Barnett
Friend
February 15, 2021
Keith was always kind to me and my siblings. We used to love it when he and Aunt Vicky would come to visit. They made life so fun. He will be sorely missed.
Lindsey Rowles
February 14, 2021
I was shocked to hear of Kieth´s passing. We met at Brasada and became great friends during the three years we lived there. After moving away two years ago I missed the time golfing, working out and socializing with Kieth. He was always upbeat and he welcomed our family to the community. While getting to know each other we discovered many similarities in our interests and backgrounds. We were about the same age and loved football, playing the same position as Defensive Linemen and even played against each other our Junior year when Oregon State travelled to BYU (and got beat). I´m glad I wasn´t playing on offense and trying to block him because he was tenacious and tough! I loved the guy and he was a great friend. God bless him and Victoria .
Jerry Hackenbruck
February 11, 2021 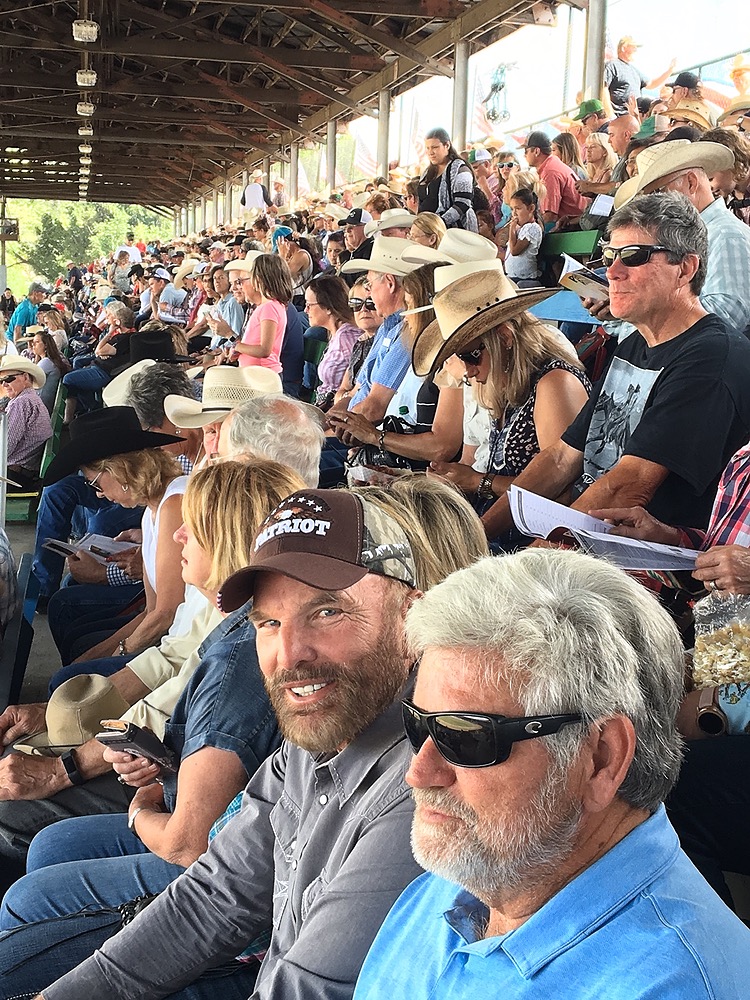 I pray Keith and Paul Geis are playing golf in Heaven!
Patricia Green
February 7, 2021
Keith was my brother-in-law for 45 years, but I considered him my brother. His passing is a huge loss to our family and his many friends. I have never met anyone that had the drive and tenacity that he had. If he set his mind on something he would not give up until he accomplished it. His excellence on the football field carried over into his professional life. He was one of the top producers in the country for years in the field of wealth management. He loved his clients and worked hard for them. He loved life, his family and friends, and went out of his way to help and encourage other people whether he knew them or not. Sadly the deterioration in his health over the last few months was simply not something he could control. I'm really gonna miss this guy. R.I.P. Keith, you left us too soon.
Pete Rencher
February 5, 2021
Although I haven't seen Keith in many years we wete friends at John S, Park and Fremont Jr. High. He was our paperboy during those years. It was great to see that he was very accomplished. Sending prayers to his family. RIP Keith!
Tony Allotta
February 3, 2021
So sorry to hear Keith is gone. I´ve known Keith since we were 14yrs old. I went to high school with him. God Bless
Rick Holden
February 1, 2021 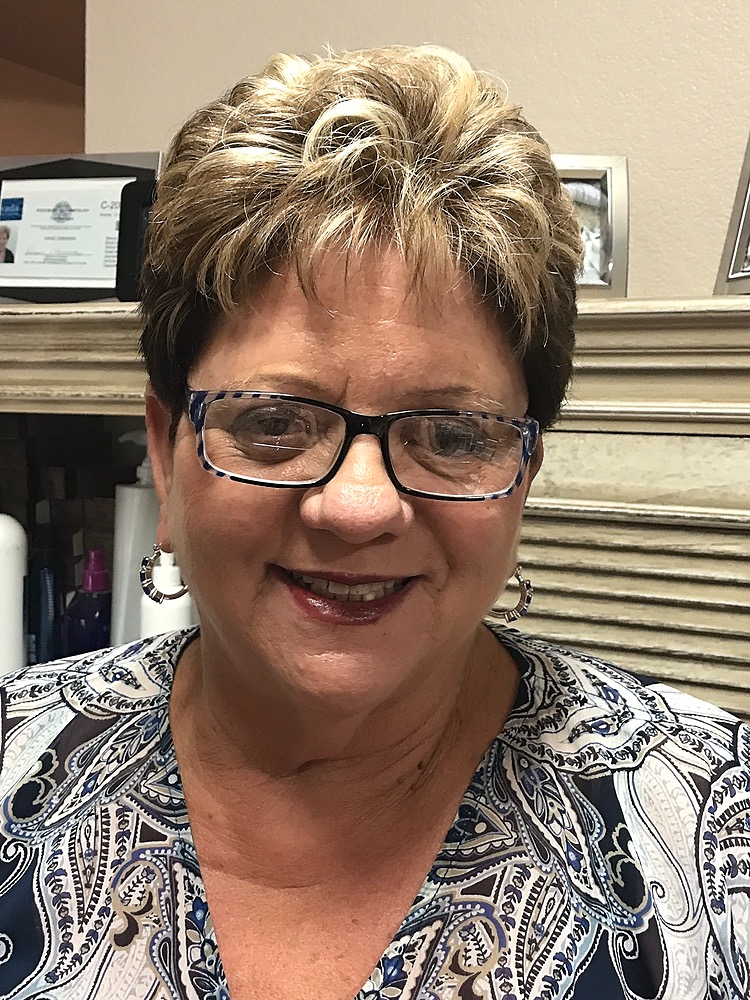 I believe that God has a plan for everyone and he has called you to his place in heaven to continue the wonderful work that you´ve done here on earth you will be missed friends for life Sarah
Sarah Butler Walker
February 1, 2021
High school always gave me a smile and a wink. He really is a super star
Rose Ann Henry
January 31, 2021
Just heard of Kieth´s passing. I am truly sadden by the news. I grow up with Keith in Las Vegas & roomed with him at BYU his senior year. We will miss him! Our prayers are with Vicky & the family.
Greg & Annette Earl
January 31, 2021
I knew Keith in high school. I'm so sorry to hear of his passing. My sincere condolences to his family.
Rose Abramson Lee
January 31, 2021
Showing 1 - 12 of 12 results