BORN
1945
DIED
2014
FUNERAL HOME
Palm Northwest Mortuary and Cemetery
6701 North Jones Blvd
Las Vegas, NV
KENT CLIFFORD Kent Clifford, of Menan, Idaho, and a resident of Las Vegas since 1963, passed away peacefully in his home, with family by his side, the morning of Friday, Jan. 17, 2014. Kent served in the U.S. Army during the Vietnam War as first lieutenant, earning the Silver Star, the Bronze Star, and the Army Commendation Medal. He also served as commander of intelligence for the Las Vegas Metropolitan Police Department. After retiring with the LVMPD, he entered commercial real estate, eventually becoming a CCIM broker for his own business. He has served in numerous leadership positions within The Church of Jesus Christ of Latter-day Saints. He was preceded in death by his parents, Larry Clifford, a World War II veteran, and Gwen Clifford of Menan. He was a husband, of 48 years, to his wife, Sandra DeeAnn Clifford, who survives him. Also left behind to honor his legacy are his children, Greg Clifford, Danny and Lucy Clifford, Denisa and Larry Dexter, and Laurae and Dustin Dwight; and his grandchildren, Jessica Rawson, Riley Rawson, Tori Dexter, Max Dexter, Antonio Clifford, Dalton Dwight and Ashely Clifford; as well as sisters, Lynda Clifford and Sharon McWillis. Viewing will be 5:30-8:30 p.m. Thursday, Jan. 23. There will be a second viewing at 9:30-11 a.m. Friday, Jan. 24, with funeral services following, all at the LDS Church, 3200 Mustang St., Las Vegas, NV 89108. Burial will follow at 12:30 p.m. at Palm Memorial Park-Northwest, 6701 N. Jones Blvd, Las Vegas, NV 89131. In lieu of flowers, the family has requested donations be made to ALS of Nevada through www.ALSofNevada.org Kent Clifford will be remembered as a man of service to all who knew him, and known forever as a man of great faith.

I love you,
Tori
Tori dexter
January 16, 2018
Kent was a good man, a patriot , great peace officer and great human being. Gone too soon. God bless him and his family.

Bob Chersi, La Canada Flintridge, CA
March 18, 2014
Denisa and Dex, I'm very sorry for the loss of your father, Denisa. I lost my dad just 2 years ago this month, and it seems like yesterday. You will remember all the funny, good and loving times, and that is what keeps people alive. Our condolences, Steve and Marilyn Burrows
February 3, 2014
Dear DeAnn and family, we are sending our love and prayers to you and your family. We are so sorry for your loss at this time.
~ friends Bill & Barbara Miller
January 27, 2014
Only just found out via a CityLife article. Kent gave me my first shot in commercial real estate of which the lessons learned and stories told are still with me today. I appreciated it then as I appreciate it now. His positive influences will be felt by many for years to come.
Mark Goodman
January 27, 2014
DeeAnn and family,
I am so very sorry. My prayers and thoughts are with you all during this difficult time. May your hearts be soon filled with wonderful memories and bring you comfort.
With deepest condolences,
Beverly, Wilson & Madison Martinez
Beverly (Miller) Martinez
January 26, 2014
Kent was my supervising broker at Americana. He always had time for questions, he was fair and had integrity beyond reproach. He set a great example and was truly a man of principals. Rest in Peace Kent
Shirley Rappaport
January 25, 2014
DeeAnn and family---Our entire family loved Kent. He was a wonderful, caring Bishop, and a kind, generous friend. We cherish our memories of him, and his influence on our family will be forever appreciated. You are all in our prayers---and we share your loss.
Michael and Ricki Ericksen and Family
January 25, 2014
Thank you for the wonderful example you gave...you will be sadly missed
Denise Miller
January 24, 2014
Bishop Clifford was a great inspiration to our family. He was someone I looked up to for strength and advice. So sorry to hear of his passing. May your and our memories of this great man never fade.
Rock Family Steve, Mark, Eric, and Elene
January 24, 2014
Kent and I were debate partners at Rigby High School. We won and lost a lot of debates but had a lot of fun together. I will miss him very much.
Bill Byrne
January 24, 2014
DeeAnn, Kent was a true friend and a great Bishop for our family. Jennifer, Jason, and Marin loved home dearly. He was a "rock" for them during their teenage years. Marin asked me to give you (DeeAnn) a hug for her. We fondly remember the lake days with your family, as well.
Karl, Terrie Spendlove & Family
January 24, 2014
I have vivid memories of the mountain lion on the wall, and the story of how it got there. I also remember the trips to lake mead and Kent trying to make the weekends fun. I appreciated be welcomed into the family for a few months during the 80's and have never forgotten my many adventures, including moral lessons. My sympathy goes out to all of the Clifford family.

I am so saddened to hear of the passing of Bishop Clifford. He was one of the most important men in my life and I loved him dearly. I was so privileged to call him my Bishop and my Friend.

May you find peace in the knowledge that you will embrace him again.

Much love and prayers to your family,
Allyson (Ericksen) Bernat
January 23, 2014 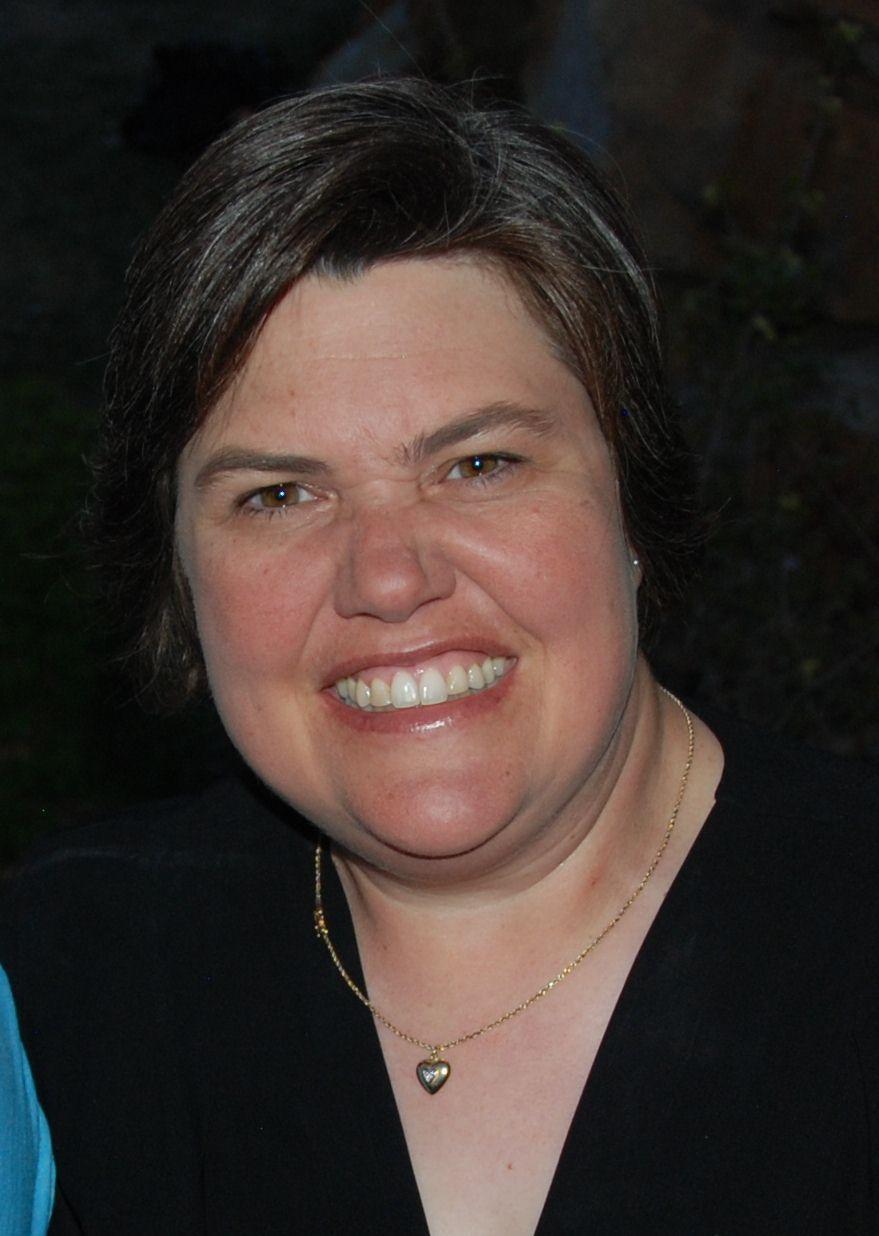 I have wonderful memories of "Brother Clifford" when he was a leader in the youth programs at church. I especially remember his patience and encouragement and insightful and interesting talks that he would give. Condolences and love to the family, especially to my friend Greg.

Jannette Goodman Sherman
January 22, 2014
I lost my best and favorite cousin. He always exhibited great strength yet he was a man of faith and generosity. He was strong and forthright. He believed in a moral and ethical code and what is right is right and what is wrong is wrong! I will surely miss him and my hopes and prayers go out to his wife and family.
Rick Crane
January 22, 2014
Kent was a kind, obedient, caring person whose memory I will always treasure.
Lois Durkee
January 22, 2014
Sorry for all of the family at this loss. Especially sending sympathies to DeeAnn.
Keith & Alice Ann Harrop
January 22, 2014
Kent served as a quality person and a quality REALTOR to everyone that he came in to contact with, he will be sadly missed.
Dawn and Mark Miscevic
January 22, 2014
Dear Clifford family, anyone would have been proud to know and work with Kent. His spirit, dignity and stubbornness made him a strong contender in everything he did especially while fighting the mob and this disease! Dee Ann, I am sure your faith in God provides you the solace that Kent is being cared for as well as you did for him. Now it is time to let God and Kent watch over you the way you did for him.
Dennis Perri
January 22, 2014
We have wonderful childhood memories of playing and working with Kent. Both of us were at the Clifford home many times and shared meals and laughter. Kent is cherised by his family and friends because of his caring nature and joyous sense of humor. We love you Kent and miss you.
Sheldon & Cheryl Nelson
January 22, 2014
We love all of you and our deepest sympathy goes out to you all. Uncle Kent was a wonderful person to all of us. He was an amazing person! All of you are in our hearts and prayers!
Lisa Call
January 22, 2014
We love all of you and our deepest sympathy goes out to you all. Uncle Kent was a wonderful person to all of us. He was an amazing person! All of you are in our hearts and prayers!
Lisa Call
January 22, 2014
We were shocked and saddened to hear of President Clifford's illness and passing. We had great love and respect for this wonderful man. Our hearts and prayers are with his family and we thank them for sharing him with so many as he missed many hours with them in order to serve his Heavenly Father and fellow saints. Much love to you all.
Mark & Alice Slaughter
January 22, 2014
THE MOST INTELLIGENT, FEARLESS & HONORABLE OFFICER WITH WHOM I HAD THE PLEASURE TO WORK. WHEN KENT LEFT THE LVMPD, THE LEGAL COMMUNITY LOST A TRUE VANGUARD. BILL KOOT, CHIEF DEPUTY DISTRICT ATTORNEY, RET.
BILL KOOT
January 22, 2014
Kent was a wonderful man - He was my first boss when I returned from my mission. He was wonderful to work for. His dry sense of humor often made my day. He will be missed. Our family's thoughts and prayers are with you at this time of loss.
Julie Pribyl
January 22, 2014
I only know OF Kent Clifford because of his good works. I think that says alot about a person. "Kent Clifford?" ..."yes, he helped the Jefferies family when they suffered tragidy" I pray your family can find comfort and peace in the days ahead. I am so sorry for your loss.
Barbara Rosenthal
January 22, 2014
Dear Clifford family, our hearts are very heavy with the news of Kent's passing. We pray that you will be comforted at this time. We have such fond memories of the years of friendship and association with Kent and DeeAnn. Love Richard and Kandace Harden.
Richard Harden
January 21, 2014
Dear Clifford family: Hearing about your loss has deeply saddened us, but we know that this is far from what you are going through right now. You are in our thoughts and prayers. He was such a wonderful man...we firmly believe that God will accept him with open arms for all the good he has done.. Our heartfelt sympathy goes out to your family. R&R Venture
Guy and Nonna Russell
January 21, 2014
DeeAnn, We feel your great loss. We were blessed for the opportunity to have been in the company of such a noble and spiritual man. He will be missed by all. He has been an example to me & mine.
The Dahl Family
January 21, 2014
DeeAnn & Family, Were so sorry for your loss and ours. Kent was an amazing man and example to ALL who knew him. He will surely be missed, We will cherish our memories of both of you. Our sympathy and prayers are with you all. Love Janice Ray & Family (Manti & LV)
January 21, 2014
Dear Clifford family,
I am very sorry to hear of Bishop Clifford's passing. I will miss him. He was a great example to me, and I have many fond memories and anecdotes from him that I share frequently. My love and condolences to Dee Ann and family.
Love,
David Magnesen
January 20, 2014
Dear Clifford Family..my heart is so very sad to hear of the loss of your beloved husband ..father and friend.He was such a wonderful man, Bishop..left a HUGE print on my heart..may you feel the comforters love around you during this most difficult time..you all are loved by som many..our prayers and thoughts are with you. LOVE The Dinino Family
cathy Dinino
January 20, 2014
Dee Ann and family: We are so sorry for your loss as well as ours, you and Kent were and still are our oldest and dearest friends. We are on a Mission in Palmyra, New York, due to your influence, and will be unable to attend the services but you will be in our prayers. David and Marti Zohner
January 20, 2014
DeeAnn and family,
We are so saddened to hear of the passing of Bishop Clifford. Please accept our deepest sympathies.
Margaret DaBell and family
January 19, 2014
Showing 1 - 44 of 44 results