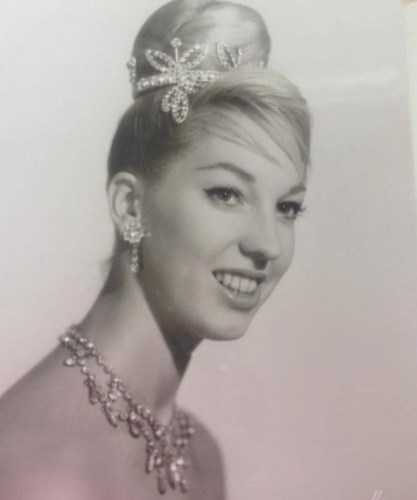 Moira was born on September 14, 1941, in Kettering England. She had a passion and love for dance. She was a student of the Royal Academy of Dance (RAD) in London England, owner & teacher at Kingswood School of Dance in Bristol, England. That love of dance saw Moira later become a member of the world-renowned Bluebell Girls and traveled all over the world and danced in the Lido de Paris in Paris and in the early 1960's in Las Vegas in the Casino de Paris & Viva Les Girls, first at the Dunes Hotel & Casino and later at the Stardust Hotel Casino. Her lifelong friendships made through dancing continued all the way till the end. She also did a few media ad campaigns in the Las Vegas area doing modeling for Universal Models of Las Vegas. Most recently she loved line dancing and even taught a few classes.

After retiring from dancing, she studied and worked to put herself through an aggressive college program where she graduated with a BBA in business administration. Working for several financial institutions in the Las Vegas area as a bank branch manager, accounting, reconciliation, and audit departments. After retiring from banking, she then worked at Dillard's department store at the Galleria Mall in Henderson as a head cashier, auditor, and customer service. She was a member of the American Institute of Professional Bookkeepers, the National Association for Female Executives, Toastmasters International, the Kiwanis Club of Green Valley and volunteer for Child Haven and Child Protective Services. She later supported various Soroptimist clubs in the Las Vegas Valley.

It was at the Dunes Hotel Casino where she met her late husband Joe Yurmanovic and later married Joe on July 14, 1964. She was preceded in death by her husband, Joe, her father Les and mother Phyllis. She is survived by her two children, Ian Yurmanovic, son; Stacey Yurmanovic (David), daughter; and three grandsons, Trent Thompson (Casey), Jordan Yurmanovic and Devan Yurmanovic. She is also survived by her partner Ted Williams and her many friends from over the years.