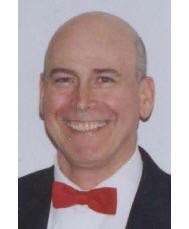 BORN
1943
DIED
2015
OLIVER SHELKSOHN D.O. Sept. 21, 1943-May 20, 2015, Oliver Walter Shelksohn D.O., of Tucson, Ariz., passed away May 20, 2015. He was born in Ely, to Oliver Wendell Shelksohn D.O. and Lillian Kaye Williams. Oliver served in the U.S. Army from 1950 to1954 after graduating from high school. He later went on to attend the University of Nevada, Reno and then the Kansas City College of Osteopathic Medicine, where he received his doctorate in osteopathic medicine. His residency was in general surgery at Detroit Osteopathic Hospital in Detroit. Oliver later relocated with his family to Tucson, Ariz. to begin his practice where he remained for over 25 years and recently had been performing Locum Tenans across multiple states. Oliver received numerous awards and titles during his prestigious career, including Fellow in the American College of Osteopathic Surgeons, President of the Arizona Osteopathic Medical Association (AOMA) and Board Member of Tucson Osteopathic Medical Foundation, among many others. Oliver (Ollie to his friends) was well-loved by everyone who met him and came to know his generosity and kindness. He made new friends easily and people would gravitate towards his big smile and open approach. Oliver always put his family first and foremost and ensured his loved ones were well taken care of. Oliver had a passion for medicine and surgery and deeply enjoyed his profession. He also pursued the latest technology and was continually learning, sharing his excitement about the latest discoveries in a variety of fields, from surgical techniques to gadgets and computers. He was preceded in death by his sister, Eileen Dunson; his wife, Marilynn; first wife, Toni; and son Owen. He is survived by his brother, O. Wayne Shelksohn; his wife Pamela; his children, Christopher, Marcus and Marissa; and his grandchildren, Jordan, Oceana and Orion. Memorial service will be at 2 p.m. Sunday, May 24, at Bring's Broadway Chapel in Tucson.

To plant trees in memory, please visit our Sympathy Store.
Published by Las Vegas Review-Journal on May 23, 2015.
MEMORIAL EVENTS
May
24
Memorial service
2:00p.m.
Bring's Broadway Chapel
6910 East Broadway Boulevard, Tucson, AZ 85710
Funeral services provided by:
Bring's Broadway Chapel
GUEST BOOK
Sponsored by Bring's Broadway Chapel.
3 Entries
I have fond memories of Ollie during his time in Michigan. I am very sorry for your loss. Sincerely,Harvey A. Drapkin,D.O.
June 5, 2015
My deepest sympathy to Dr Shelksohn's family. I worked at Tucson general hospital for 21 year's we were a family there. What a great loss. My heart and prayers to his family. Cindy Harvill-Pennell
Cindy Pennell
May 23, 2015
My condolences to the family. May you find comfort by drawing close to God through prayer. Psalms 83: 18
j b
May 23, 2015