BORN
1941
DIED
2020
ABOUT
Las Vegas High School
RONALD LURIE Ronald Philip Lurie passed away December 22, 2020, a loss that reverberated through his family, friends, and ultimately the Las Vegas community. Born January 23, 1941 in Los Angeles, California, Ron found his real home in the, then, tiny town of Las Vegas. As the city continued to grow, reaching to touch the edges of the valley, Ron's mission was always to leave a better Las Vegas for future generations. His journey towards the development and growth of Las Vegas included his time as a City Councilman from 1973 through 1987, then Mayor from 1987 to 1991. Many long time Las Vegas residents would still call him Mr. Mayor as he walked the floor during his tenure as General Manager of Arizona Charlie's, something that always coaxed a smile from him. Ron was already a veteran of the gaming industry when he stepped into his role as Executive Vice President and General Manager of Arizona Charlie's in 1999. While his role technically called for him to oversee the day-to-day operations of the hotel and casino, his commitment to the employees and guests is where he found his true calling. In 2018, Ron became the Ambassador between the company, guests, and community service agencies when Golden Entertainment acquired Arizona Charlie's before retiring in early 2020. Ron's life-long commitment to bettering the community of Las Vegas, could be seen in diverse areas such as education, youth services and wildlife management and resource conservation. He proudly served numerous organizations, including; Nevada Department of Wildlife Commission, Fraternity of Desert Bighorn Sheep, West Charleston Lion's Club, Boys & Girls Clubs of Las Vegas, and Youth Charities of Southern Nevada. He also served on the board of governors for Valley Hospital and as Chairman of the Patient Advisory Committee. His philanthropic endeavors allowed him to give back to the community that he cared for so much. The only thing that rivaled Ron's love for the community he served for most of his life, was the love he had for his family and friends. Predeceased by his parents, Art and Ellie, and his wife, Beverly. He is survived by his daughter, Ronda; son in law, Adam; their children Jillian and Ryan; his son, Ben and his children, Taylor, Nathan, Emily, and Asher, his sister, Wendy Kahn: brother-in-law Eddie and nephew EJ. Ron cultivated numerous lifelong friendships through all walks of his extraordinary life. Those who knew him, the Ron Lurie outside of the glitz and glam of the neon, knew how truly and deeply he cared for those fortunate enough to call him a friend. Whether they knew him in his early years at Las Vegas High School, during his time serving the city, in his capacity as General Manager, out in the wilds on a legendary turkey hunt, strolling the fairways, at the same coffee shop for breakfast, or in the quiet moments where love and safety mattered most, Ron's friendship was something to be cherished and will continue on in the hearts of everyone he touched. His loss is felt deeply by all who knew him. Services will be private with a Celebration of Life for family and close friends at a later date. The family requests that in lieu of flowers, donations be made to Nathan Adelson Hospice, Boys & Girls Clubs of Southern Nevada or the Fraternity of the Desert Bighorn.

Published by Las Vegas Review-Journal on Dec. 30, 2020.
To plant trees in memory, please visit the Sympathy Store.
MEMORIAL EVENTS
To offer your sympathy during this difficult time, you can now have memorial trees planted in a National Forest in memory of your loved one.
MAKE A DONATION
MEMORIES & CONDOLENCES
10 Entries
Growing up with Ronda and Ben Mr. & Mrs. Lurie will always be a important and wonderful memories!
Michelle Mearls
January 11, 2021
So happy you were a part of our lives. Loved we shared lunch most days at AZC. I will never eat another egg salad sandwich or deviled egg without thinking of you. Rest in peace my friend.
Terry O.
January 1, 2021
We met Ron and his dad Art when we both worked at Wonderworld on Maryland Parkway in 1970. Both great guys. Ron and Art hosted many celebrities at "WOW" in those early Las Vegas days including Elvis and Johnny Carson. Good memories that they made possible.
Liliam and Homer Shell
December 31, 2020
I remember Ron when I was a kid and would go into MODERN MARKET located on what was 5th st next to WOOLWORTH'S..Ron was the box boy and his dad ART was the store manager. those days are just a memory . In later years I would see Ron when he was Mayor walking to his office ..he always remembered me and he would always say hi ..Ron was always personable and friendly.. I was very sorry to hear of his passing... I send my sympathy to Ron's Family ..GOD BLESS HIM & may he rest in ETERNAL PEACE..
DAN RIVERS
December 31, 2020 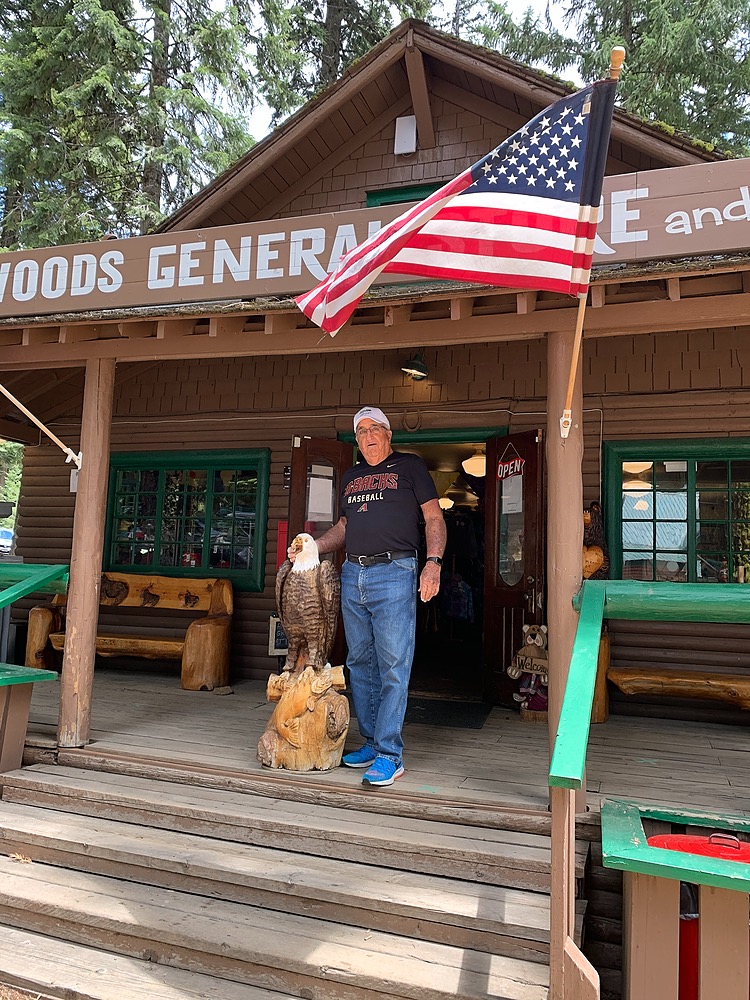 A life well lived is a tribute to one´s self. A life well realized is a tribute to those you love! I´m happy you had the opportunity to experience both!
Debbie P.
December 30, 2020
I met Ron when he ran for City Councilman and became friends when I worked with him at Arizona Charlie's for a number of years. Rest In Peace my friend.
Doug Hardesty
December 30, 2020
Ron, ever one of the good guys and a fabulous big brother to my "little sister". You will be missed as are your Mom and Dad. God bless.
Valerie Moon
December 30, 2020
I worked with Ron when he was the Manager of the Wonder World Store on Maryland Pkwy back in the late 60's and early 70's. Ron was always smiling and considerate of the employees and customers. I did not see Ron until years later when I bumped into him at AZ Charlies. To my amazement Ron remembered my name. He took the time to talk about Wonder World and the fun we had working there. Ron was a wonderful guy and I will not forget him.
William Page, Jr.
December 30, 2020
Prayers and condolences to a Las Vegas icon, legend and friend. Rest easy
Rudy Duran
December 29, 2020
Such an honer to know Ron. He was a true tribute to the positive side of Las Vegas and spent his time promoting all that was good. Ron will be forever missed by us and all that were fortunate enough to know him
Donald and Joah johnson
December 29, 2020
Showing 1 - 10 of 10 results