BORN
1934
DIED
2021
FUNERAL HOME
Davis Funeral Homes Rainbow Chapel Rainbow Blvd.
1401 S. Rainbow Blvd.
Las Vegas, NV
STERLING MAX DOUBRAVA, MD, JD Sterling Max Doubrava, M.D., J.D. passed away peacefully July 28, 2021, in Las Vegas, Nevada. He was born August 26, 1934, in Cleveland, Ohio. He married his wife, Joan, June 21, 1957. He attended Johns Hopkins University and graduated from the University of Buffalo School of Medicine in 1959. He trained in anesthesiology at the University of Oklahoma. He practiced anesthesia in Oklahoma, Wisconsin, Arizona, and South Dakota before settling in Las Vegas in 1973. He was a board-certified anesthesiologist until he retired in 2014. Before retiring, he graduated from the UNLV Boyd School of Law in 2003. He was highly regarded in the medical community and the general aviation community in Southern Nevada. His parents, Sterling and Kathryn; and his only, sister Marilyn Kreiner, preceded him in death. He is survived by his wife of sixty-four years, Joan; and his five children, Michael (Michelle), Karen Prelerson (James), Mark (Sabrina), Diane (Kerry Neese), and Matthew (Winona). Ten grandchildren and seven great-grand-children also survive him. Visitation in Las Vegas will be at Davis Funeral Home, 1401 South Rainbow Boulevard, Las Vegas, Nevada 89146 from 3-7 p.m. Tuesday, August 3. A private service and burial will be held in Twinsburg, Ohio. In lieu of flowers, donations can be made to the Doubrava UNLV Medical Student Scholarship Endowment, Fund #1232 c/o UNLV Foundation http://engage.unlv.edu/tribute

Published by Las Vegas Review-Journal on Aug. 1, 2021.
To plant trees in memory, please visit the Sympathy Store.
MEMORIAL EVENTS
Aug
3
Visitation
3:00p.m. - 7:00p.m.
Davis Funeral Homes Rainbow Chapel Rainbow Blvd.
1401 S. Rainbow Blvd., Las Vegas, NV
Funeral services provided by:
Davis Funeral Homes Rainbow Chapel Rainbow Blvd.
MAKE A DONATION
MEMORIES & CONDOLENCES
Sponsored by Davis Funeral Homes Rainbow Chapel Rainbow Blvd..
12 Entries
May the love of friends and family carry you through your grief.
Jim Cross
August 3, 2021
My thoughts, prayers and love to the family. I was blessed to have met Max and his lovely wife through their daughter Karen. Truly a wonderful man. He is missed already.
Julie Shoop
August 2, 2021
Prayers and Gods blessings for your family right now. My dad loved working with Max. They made a good team. Dad always spoke fondly of him. Max, Joan, Pete and Ruth were part the early medical community in Las Vegas. May the good memories carry you through this difficult time. Love, Tracy Morris, Troy Morris and Ruth Fennel.
Tracy Fennel Morris
Friend
August 2, 2021
Dr. Doubrava is my memory of the "old" Las Vegas group of doctors.The smile was so good to see and you knew this doctor would take care of your patient. RIP Dr. D
Lori Zollotuchen Yardley R.N.
Work
August 2, 2021 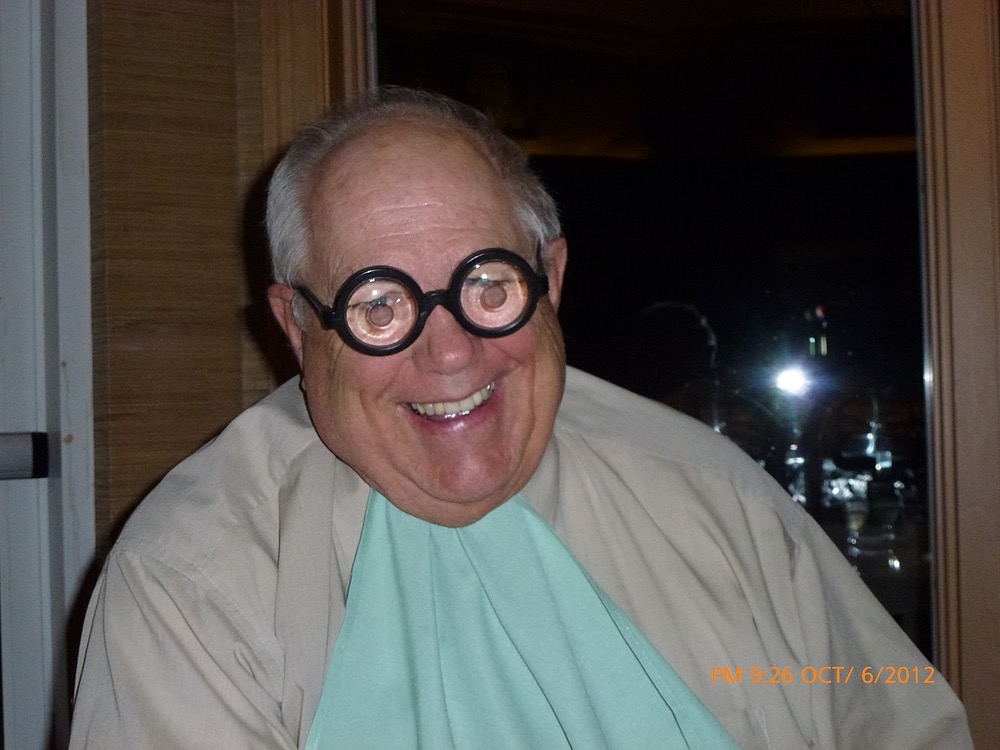 Max was one great person! He always kept us laughing especially at reunions, the photo is from our 60th. Loved to clown around but, was also a kind friend and great listener. I am so sorry you had to lose him.
Jane Willeman
School
August 1, 2021
Joan, Mark, Diane and family, I am so very sorry for the loss of your beloved father. My thoughts and prayers are with you all. In Sympathy, Abbi Silver
Justice Abbi Silver
August 1, 2021
So sorry to hear of Max's passing. He was a joy to be around and had a boundless sense of humor. I will miss his smile and joyful self.
Les Slifkin
August 1, 2021
Dear Joan, I wanted to tell you how sad I am for you. Losing Max is a very hard thing. Please know that if I can do anything to help please let me know. It would be an honor.
Connie Ballard
Friend
August 1, 2021
Our thoughts and prayers are with you all during this difficult time.
Jim and Madeline Whitney
August 1, 2021
Dr. Doubrava was my doctor while living in Las Vegas. Not only was he good but he also was kind to all his patients. He shall be missed.
Dottie Biggs
Work
August 1, 2021
My sincere condolences to you and the family. Max was always a kind and good practitioner of Anesthesia. He was always in good spirits and I never saw him without a smile. I will always remember him as a friend and although we did not see each other often I will miss him. My sympathy and condolences. Leonard Raizin
Leonard Raizin
August 1, 2021
Joan & Family, so very sorry to learn of Max's passing, such a loss you & yours & community. Max will be missed. Call if there's anything we can do, much love, Jo An
Jo An Cooper, AZ Cooper Group
Friend
August 1, 2021
Showing 1 - 12 of 12 results