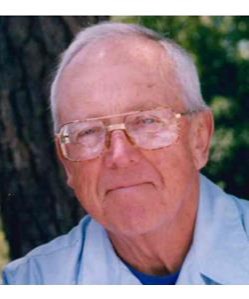 BORN
1928
DIED
2021
Virgil Leo Birgen passed away Monday morning June 21, 2021 in Las Vegas, Nevada while in hospice after a long battle with multiple forms of cancer. He was 92 years old.

Virgil was born October 31, 1928 to Michael and Caroline (Determan) Birgen on a farm outside Mitchell, South Dakota, where he was the youngest of seven children. He was baptized immediately because he was small and not expected to live long. He grew up during the depression on a farm in the dust bowl where he was educated in a one room schoolhouse ten miles from the nearest post office. He graduated from Beresford High School in 1947 and enlisted in the Air Force in 1948. He was honorably discharged in 1952 and settled in Southern California.

Virgil met Donna Kill at the Aragon Ballroom in Santa Monica, California where Lawrence Welk was playing. He made the best decision of his life when he asked her to dance and has reaped a lifetime of benefits. They were married August 19, 1954, and the marriage lasted over 65 years. Their union produced seven children, fourteen grandchildren and four great grandchildren. Virgil worked as an air-conditioning and refrigeration technician at Chevron Oil Field Research maintaining the air-conditioners in the computer labs, but he also invested in real estate on the side. He was the hardest working individual you could hope to encounter in any lifetime with a good sense for money and more luck than one man deserves.

Virgil was a devout member of the Catholic Church. He was a third-degree Knight of Columbus from 1963 until his death. He volunteered extensively at St. Paul of the Cross Parish in La Mirada, California, Our Lady of Guadalupe Parish in La Habra, California, St. Bruno's Parish in Whittier, California and St. Elizabeth Ann Seton Parish in Las Vegas, Nevada. Virgil loved camping and took great joy in a tradition of hiking the Grand Canyon as a family every ten years. He also enjoyed pitching horseshoes and took pride in winning the Nevada State Elder Championships in 2007 and 2008 as well as first place in his class at the World Tournament in Ardmore, Oklahoma in 2007.