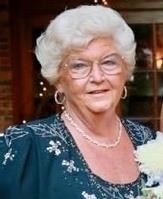 BORN
1940
DIED
2021
Dianne (Brewer) Bailey
March 19, 1940 - June 12, 2021
Forsyth, Georgia -
Dianne (Brewer) Bailey, 81, of Forsyth, GA died on Saturday, June 12, 2021, at Emory University Hospital Midtown, after complications from COPD.
Mrs. Bailey was born in McRae, GA on March 19, 1940, the daughter of the late Charles Austin Brewer and the late Mary Sue Walker. She was brought up by her beloved grandmother and grandfather, Mae Belle Brewer Browning and Levy Browning. They instilled in her the love of school and the importance of hard work. Her grandparents shaped her into the independent woman she became.
On November 9, 1958, she married the late John Robert Bailey, and together they raised three children in Macon, GA. During this time, Mrs. Bailey worked first at Enterprise Aluminum and then continued her career for several years at Geico Insurance.
DeeDee, as she was known to her grandchildren and great-grandchildren, will be missed for her quick wit, her fierce independence, her love of all animals (especially dogs), and her unfailing ability to tell it like she saw it.
However, she was probably best known for her uncanny ability to catch a fish. She spent an untold number of hours fishing in middle Georgia and on her beloved St John's River in Florida. She loved to share her passion of fishing with her children and her grandchildren. When she was not fishing or watching true crime shows and College Football (especially UGA), she could often be found making wonderful southern foods for her family and friends.
She leaves to cherish her memory, daughter, Merica (Jeff) Morris of Macon,GA; son, David (Kelli) Bailey of Forsyth, GA; son, Darryl Bailey of Macon, GA; six grandchildren; Grant, Harrison and Anderson Bailey, Jessica (Eric) Sellers, Stacey (Casey) Whalen, Connor Morris, and three great-grandchildren, Hadley and Walker Whalen and Miller Sellers.
A Celebration of Dianne's Life will be held at David & Kelli Bailey's home on Saturday, June 19th, 2021 at 4:00PM. Address – 212 S Lee Street, Forsyth, GA 31029.
Interment will be private.

To plant trees in memory, please visit our Sympathy Store.
Published by The Telegraph on Jun. 15, 2021.
MEMORIAL EVENTS
Jun
19
Celebration of Life
4:00p.m.
David & Kelli Bailey's home
212 S Lee Street, Forsyth, GA
MEMORIES & CONDOLENCES
Sponsored by Macon Telegraph.
2 Entries
Merica, Darryl and David,
We pray that you can have hope in tomorrow, faith in the everlasting and comfort in the love of God, family and friends.
Love,
The Jerri Morris Family
Jerri Morris
Family
June 15, 2021
May God bless you and your family in this time of sorrow.
Candi Morris Miller
Friend
June 15, 2021
Showing 1 - 2 of 2 results