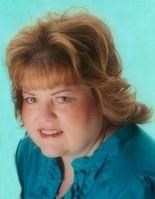 BORN
1961
DIED
2019
FUNERAL HOME
McCullough Funeral Home
417 South Houston Lake Road
Warner Robins, GA
Elizabeth René Sluder Hammond
February 4, 1961 - January 22, 2019
Warner Robins, GA- René Hammond joined her Heavenly Father on the evening of Tuesday, January 22, 2019. She was 57 years old.
Born in Murfreesboro, Tennessee on February 4, 1961, René was the only child to Ronald and Carol Sluder. She graduated from Warner Robins High School in 1979 and married, Ken, her high school sweetheart the following year. René and Ken had two children and she was blessed to be a stay at home mother for 13 years. She was also a chiropractic assistant for Gosline Chiropractic Clinic.
René was a faithful member of Shirley Hills Baptist Church where her spiritual gift of hospitality shined. Her familiar face and welcoming smile made everyone who walked in the door feel at home. René was a wonderful cook and entertainer, as well. She was known for her much-anticipated annual "Christmas Open House" as she invited tons of people over to bring them together. René was also instrumental in keeping everyone from the WRHS Class of '79 connected. Her husband's strongest supporter (especially during his time as a Deacon), her children and grandchildren's biggest fan, and her parents' dedicated daughter and caregiver, René will be deeply missed by each and every person who knew her.
She leaves her memory behind with her devoted husband of 38 years, Ken Hammond; children, Jason Hammond (Nicole) and Mallory Tucker (Jared); grandchildren, Levi and Lily James and Phoebe Hammond; parents, Ronald B. and Carol Ann Sluder; in-laws, Carl and Marie Hammond; brother-in-law, Warren Hammond (Patricia); nephews; and longtime best friend, Pam Cliffe and family.
Visitation will be Friday, January 25, 2019, from 6:00 p.m. until 8:00 p.m. at McCullough Funeral Home. A funeral service will be held at 11:00 a.m. on Saturday, January 26, 2019 at Shirley Hills Baptist Church with Pastor Andy Cook and Pastor Jacob Green officiating. René will be laid to rest at 1:00 p.m. in Evergreen Cemetery in Erwin, Tennessee on Monday, January 28, 2019.
The family will accept flowers or donations may be given in memory of René to Shirley Hills Baptist Church Building Fund, 615 Corder Rd., Warner Robins, GA 31088.
Go to www.mcculloughfh.com to sign the Online Registry for the family. McCullough Funeral Home and Crematory has the privilege of being entrusted with Mrs. Hammond's arrangements.

Published by The Telegraph on Jan. 24, 2019.
To plant trees in memory, please visit the Sympathy Store.
MEMORIAL EVENTS
To offer your sympathy during this difficult time, you can now have memorial trees planted in a National Forest in memory of your loved one.
Funeral services provided by:
McCullough Funeral Home
MAKE A DONATION
MEMORIES & CONDOLENCES
3 Entries
Special note to Ken: We are only too familiar with the path down which you are now walking. It is a very difficult path known only to those who have preceded you. You are in our thoughts and prayers every day.
Pam and Roland
January 29, 2019
My heartfelt condolences may the God who binds up the brokenhearted and comforts all who mourn sustain you now and in the days ahead Isaiah 61:1,2
January 26, 2019
Condolences to Ken, and the Hammond family. Our prayers are with you all. \
Sincerely, Acute Medical Staff (2 Main)...
Acute Medical
January 25, 2019
Showing 1 - 3 of 3 results