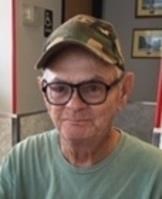 FUNERAL HOME
Watson-Hunt Funeral Home - Perry
1208 Main Street
Perry, GA
FRANK WRIGHT
August 26, 1941 - December 2, 2018
PERRY, GA- Frank Earl Wright, 77, passed away peacefully on Sunday, December 2, 2018, after a courageous battle with cancer. The family will visit with friends on Thursday, December 6, 2018, at 1:00 p.m., and the funeral service will begin at 2:00 p.m. in the Chapel at Watson-Hunt Funeral Home. Interment will be in Perry Memorial Gardens immediately following the services. In lieu of flowers, the family respectfully requests memorial contributions to Heart of Georgia Hospice, 1120 Morningside Drive, Perry, Georgia 31069.
Mr. Wright was born in Macon on August 26, 1941, to the late Earl and Lillian Wright. He was a hard-worker all of his life and had only been retired a few years. Frank had been a farmer for a long time, spending quality time with his family harvesting and canning through the years. He also worked with Mid-State Paving for 19 years operating equipment to paint stripes on roadways. He enjoyed "scrapping," collecting treasures from others' roadside discardings and repairing them for others to continue using. He was known for fixing bicycles and distributing to kids in the neighborhood. One of Frank's favorite pastimes, though, was being the best Papaw he could be, spending time with his granddaughter, Kristin, and special nieces and nephews. He also loved fishing, forever in dire search of that sweet fishing hole. He was preceded in death by his loving and faithful wife of 38 years, Betty Jean McCommon Wright.
Left to cherish the memories of Frank are his devoted children – his son, Dale Swain of Perry, and his daughter and son-in-law, David and Dana Suiters of New Port Richey, FL; his granddaughter, Kristin Suiters; his brother-in-law, Norman McCommon, Jr.; his sisters-in-law, Reba Menard (Jean), Frances Jones, and Evelyn Wilson; his brothers, Tommy Wright and Gary Wright; and several nieces and nephews.
Condolences for the family may be left in the online guestbook at www.watsonhunt.com. Watson-Hunt Funeral Home has been entrusted with the arrangements.

Published by The Telegraph on Dec. 4, 2018.
To plant trees in memory, please visit the Sympathy Store.
MEMORIAL EVENTS
To offer your sympathy during this difficult time, you can now have memorial trees planted in a National Forest in memory of your loved one.
Funeral services provided by:
Watson-Hunt Funeral Home - Perry
MAKE A DONATION
MEMORIES & CONDOLENCES
5 Entries
Our deepest sympathy to all of Frank's family. We are thinking and praying for you all.
With Love, Debbie & Terry Greathouse.
Debbie Greathouse
Family
December 6, 2018
Sorry for your loss may there be comfort in knowing that god cares for you. 1 Peter 5:6&7
BH
December 4, 2018
My deepest condolences. Papaw was the sweetest man and always had the warmest hugs. Take comfort in knowing that now you have a special guardian angel to watch over you.
Edna Bianco
December 4, 2018
To Frank's Family, May the love of friends and family carry you through your grief. RIP FRANK.
Ann & Ted Layson
December 3, 2018
Offering our deepest condolences during this difficult time.
The Staff of Watson-Hunt Funeral Home
December 4, 2018
Showing 1 - 5 of 5 results