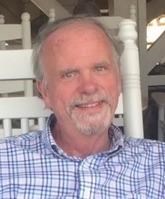 BORN
1950
DIED
2021
FUNERAL HOME
Snow's Memorial Chapel - Bass Road
1419 Bass Road
Macon, GA
John Howard Johnson
July 13, 1950 - March 17, 2021
Macon, Georgia - John Howard Johnson, 70, passed away on Wednesday, March 17, 2021 at Pine Pointe Hospice in Macon, GA after a courageous battle with Alzheimer's. A Funeral Mass will be said on Monday, March 22, 2021 at 11:00 a.m. at St. Joseph Catholic Church with Father Scott Winchell officiating. A visitation will be held from 6:00 p.m. to 7:00 p.m. with a Rosary beginning at 7:00 p.m. on Sunday, March 21, 2021 at Snow's Memorial Chapel, Bass Road. Burial will be in Riverside Cemetery, Madison St. entrance. Face mask and social distancing are required. In lieu of flowers, donations may be made to St. Joseph Catholic Church or Mt. De Sales Academy.
John was born in Macon, Georgia to the late Howard Huhn and Elizabeth Carpenter Johnson. John graduated from Mark Smith High School and he attended Georgia Tech and graduated from Southern Tech.
John spent his entire career at the Pepsi Cola Bottling Company of Macon, Dublin and Barnesville, Inc., beginning as a delivery driver and retiring as President upon it sale in 2001. The company, founded by his grandfather Howard Maddox Johnson in 1936, proudly served over 19 counties in Middle Georgia. John was also the President of the Board of Directors of Georgia Southeastern Beverage Association (Georgia Beverage), as well as the President of the Board of Directors at Southeast Canners, Columbus, GA. Southeast Canners was a canner, he and his father helped start and build with other independent Pepsi franchise owners in the southeast. John received numerous awards for his integrity and leadership, as well as sales generated by his team. After his retirement, he served as an advisor to Southeast Canners, as well as served as a caregiver to both beloved mother, Elizabeth and his cousin, John Winton. John was always available to lend an ear or a hand to everyone he knew.
He attended St. Joseph's Catholic Church in Macon, GA and was a very active, if not very anonymous, donor and member who found great peace within its wall.
John loved the outdoors and his family's farm, even after traveling around the whole world. He was a dear friend to many, especially the J. Wayne Downs Family. Known for his kind demeanor and his loyal spirit, he spent most nights over the past 40 years with the family grilling out dinner, enjoying each other's company at local restaurants and going on long runs and eventual walks with Wayne while solving all the world's problems together. John was infamous for his routine schedule and his generosity to the employees that worked at his favorite establishments, especially at The Waffle House on Riverside Dr. and Jeneane's Downtown and Michael on Mulberry. He and Wayne were a breakfast fixture at both for years, with many thinking they were brothers, due to their constant "bickering" and insistence on special jelly that was kept in the back for them only.
Preceded in death by his parents and his beloved friend, Patricia (Patty) G. Downs, formerly of Macon, GA. He is survived by his sisters; Shirley Ann Krueger (Mike) of St. Simons, GA and Laura Jane Johnson Stephens (John) of Orlando, FL., nieces; DeDee Aiken Nystrom, Ashley Aiken Wiley (Gregg), and Kimberly Roberts (Brian) and great-nieces; Jessica Ann Nystrom and Maiah Ann Wiley. Additionally, he is survived by his best friend, J. Wayne Downs of Macon, GA; his surrogate sons; Jason W. Downs of Brunswick, Jared W. (Kathryn) Downs of St. Simons Island, GA and Justin (Patti) Downs of St. Simons Island, GA; as well as his Godchildren; Emma Downs, Anna Hughes Downs, and Jeffrey Downs, along with a special new addition, Mary Margret Downs all of St. Simons Island, GA.
Our love and gratitude goes out to Mattie Jones, Mitz Williams and Van Shivers for the wonderful care given to John.
Visit www.snowsmacon.com to express condolences.
Snow's Memorial Chapel, Bass Road has charge of the arrangements.