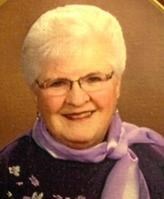 BORN
1946
DIED
2021
FUNERAL HOME
Heritage Memorial Funeral Home & Crematory
701 CARL VINSON PKWY
Warner Robins, GA
Linda Carol Rieck
July 5, 1946 - December 1, 2021
Macon, Georgia -
Linda C. Rieck, 75, was called home to the loving arms of our LORD and Savior Jesus Christ on December 1, 2021. Born in Walterboro, South Carolina, Linda grew up in Brunswick, Georgia where she graduated from Glynn Academy High School in June 1964. She spent two more years there furthering her education at Brunswick Jr. College as it opened in the Fall. She was awarded an Associate of Arts Degree in 1966 before transferring on to Georgia Southern where she earned her Bachelor of Science in Education Degree in 1968. That summer Linda moved to Waycross, Georgia to work as a summer youth director in a local church before beginning her teaching career in elementary education with the Waycross City School System. In January, 1970, she moved to Warner Robins where she joined the teaching staff of Linwood Elementary School, one of the Department of Defense Schools on Robins Air Force Base. While teaching there, she earned her Master of Education Degree from Georgia College in Milledgeville in 1975. Opportunity again arose in 1993-94 school year to train and become certified as a Reading Recovery Teacher through Georgia State University in Atlanta. From that year forward Linda worked half of her school day instructing struggling first graders in a one-to-one setting in reading and writing and the second half of each day instructing a first grade class in math, science, and social studies. In June 2001, Linwood Elementary School was closed as a Department of Defense school and Linda retired with 32 years of federal service teaching military dependents. In late July that year she began a seven-year stretch with the Houston County School System working in Reading Recovery helping struggling first graders accelerate their learning in reading and writing so they could succeed in a regular classroom. She worked three years at Pearl Stephens Elementary and four years at Miller Elementary. In June 2008, after completing a teaching career that spanned 40 years, Linda completely retired to pursue other interests.
She had a life-changing experience in her life in February of 1993 which open the door for her to do summer mission work during the summers. Starting in 1997 through 2008 she was able to make a summer mission trip to Marseille, France, Northern Italy, The Netherlands, Alaska, Zambia, and Zimbabwe in Africa, as well as Lake Kariba, carrying the Gospel message abroad.
In 2010, the door was opened for Linda to begin teaching a Senior Adult Ladies Sunday School Class at second Baptist church in Warner Robins and continued in that capacity until the door of opportunity opened in late 2017 for her to move to Carlyle Place Retirement Community in Macon. Carlyle is a life care community providing all levels of care from independent living to skilled nursing home care. She moved into independent living on December 1, 2017. God still opened doors of opportunity to do some teaching there and Linda was able to take part in the weekly worship service there at Carlyle Place by bringing a short message on the third Sunday morning of each month, along with enjoying the amenities of her new home.
Preceding her in death were her parents: Roland and Evelyn Rieck, grandparents: Leslie and Lacey Reese.
She is survived by her sisters; Diana Payne (Ty) of Jacksonville, Florida; Sandra Rollings of Macon; Debby Tucker (Ken) of Tallahassee, Florida; and Patti Smith of Hillsboro, Oregon; several aunts and uncles, nieces and nephews as well as great-nieces and nephews.
In lieu of flowers, donations may be made to Lizella Baptist Church or Appalachian Ministry through the Rehoboth Baptist Association in Warner Robins. A special thank you to longtime friends Joe and Barbara Collins for their love, friendship, and help and administrating all of my end-of-life affairs.
A Funeral Service is scheduled for Monday, December 6, 2021, 11:00AM in the Chapel of Heritage Memorial Funeral Home in Warner Robins. A Visitation is scheduled for Monday from 10:00AM to 11:00AM, one hour before the service. Pastor Chris Minton will officiate.
Please go to www.heritagemfh.com to sign the online guest registry and leave a personal condolence. Funeral arrangements will be handled by Heritage Memorial Funeral Home & Crematory with entombment in the Parkway Memorial Gardens, Resurrection Mausoleum.