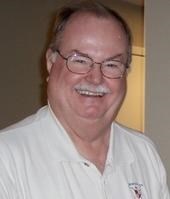 BORN
1944
DIED
2021
FUNERAL HOME
Robert Toale and Sons Funeral Home at Palms Memorial Park
170 Honore Ave
Sarasota, FL
Raymond "Gary" Walsh
January 1, 1944 - October 24, 2021
Sarasota, Florida - Raymond "GARY" Walsh, died on October 24, 2021. He was the son of Raymond J. and Emma (Jorgensen) Walsh, born and raised in Roselle, NJ. Gary had a successful career in the insurance industry until his retirement. In 2000 Gary moved from Macon, GA to Sarasota, Florida to spend his golden years and marry the love of his life, Penelope (Opdyke) Walsh.
Gary was an outgoing and caring person who brought these qualities to all he did. He loved to engage in conversation and be enthusiastically involved in his community and neighborhood. Gary was a long-time member of St. Margaret of Scotland Episcopal Church, Sarasota, FL - a dedicated parishioner, always ready to serve God and his church in many capacities. One of his greatest achievements was completing the Education for Ministry study under the guidance of The University of the South School of Theology. Gary had a love for playing golf and learning to fly a plane, but his fondest moments were spending time with his wife and his family, especially his grandchildren.
Gary is survived by his wife of 21 years, Penelope "Penny" J. (Opdyke) Walsh. He is also survived by his children: daughter, Sheri Ventura (Marty) of SC; his son, Kenneth Walsh (Lainie) of VA; his daughter, Linda Dame (Todd) of PA; his son, Daniel Walsh (Amanda) of GA; his (step) daughter, Kimberley Payne (Steve) of FL; and his (step) son, Ian Gray (Hillary) of SC; and his twelve grandchildren: Emily, Aaron, Mason, Abigail (Abby), Jessica, Sarah, Allison, Rowan, Larken, Jackson, Gunnar and Ansel.
A Memorial Service and Celebration of Life will be held at St. Margaret of Scotland Episcopal Church, 8700 Clark Road (State Road 72), Sarasota, FL on January 1, 2022 at 11:00AM with a reception to follow at the Church.
In lieu of flowers, donations can be made to the American Diabetes Association or to the St Margaret of Scotland Episcopal Church Music Endowment Fund or to the St Margaret of Scotland Episcopal Church General Endowment Fund.
Funeral arrangements are made through Robert Toale & Sons Funeral Home, 170 Honore Avenue, Sarasota, FL

Published by The Telegraph on Nov. 14, 2021.
To plant trees in memory, please visit the Sympathy Store.
MEMORIAL EVENTS
Jan
1
Memorial service
11:00a.m.
St. Margaret of Scotland Episcopal Church
8700 Clark Road, Sarasota, FL
Funeral services provided by:
Robert Toale and Sons Funeral Home at Palms Memorial Park
MAKE A DONATION
Please consider a donation as requested by the family.
MEMORIES & CONDOLENCES
Sponsored by Macon Telegraph.
1 Entry
We were saddened to hear about Gary. He was a great guy, and a selfless church leader.
The Bridges Family
Friend
November 15, 2021
Showing 1 - 1 of 1 results