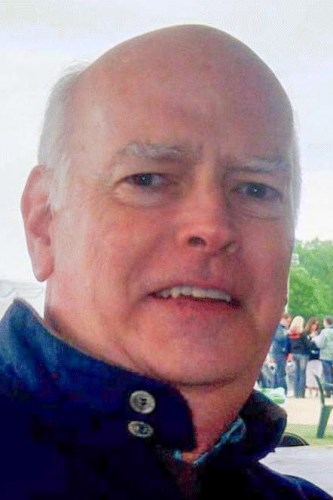 Professionally, Bob practiced law with the U.S. Attorney's offices in Chicago, Denver, and Honolulu before transitioning to private practice in Honolulu with the law firm of Goodsill Anderson Quinn & Stifel. When Bob, his wife, and daughter moved back to "the mainland," he worked for the Wisconsin Department of Revenue as Deputy Chief Counsel in Madison, Wis. After several years of barely surviving Wisconsin winters, Bob retired for the first time and moved back to Hawaii. The law firm of Goodsill Anderson Quinn & Stifel welcomed Bob back and he worked there until his retirement in 2019 at the age of 70. Bob was truly "one of the good guys." He was honest, hardworking, and fair in all aspects of his life.

Bob is survived by his daughter, Lilly Hackman; and former wife (but forever friend), Robin Hackman, both of Madison, Wis. We are heartbroken that we were not able to be with Bob in his final moments, but we take some comfort in knowing that he passed away in what he always called "his spiritual home," Hawaii.

There will be no services. If you would like to donate in Bob's memory, please consider one of his favorite charities: Catholic Charities, USA or The Hawaiian Humane Society.

To plant trees in memory, please visit our Sympathy Store.
Published by Madison.com on Sep. 20, 2020.
MEMORIAL EVENTS
No memorial events are currently scheduled.
To offer your sympathy during this difficult time, you can now have memorial trees planted in a National Forest in memory of your loved one.
GUEST BOOK
2 Entries
Too many great and poignant memories to recall, except to say "Hack" was a man of impeccable character, superior intellect and in our youth a very close friend.
Jack Beam 773 332 0502
September 22, 2020
Dear Lilly and Robin, I am so very sorry for your loss!! My heart goes out to both of you!! With love, Jim and Lori LaCour family d
Lori LaCour
September 21, 2020