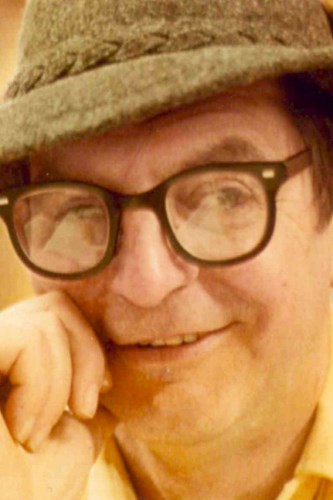 SUN PRAIRIE - Arnold H. Tucker, 87, passed away at his home in Sun Prairie, Wis., on Oct. 17, 2020. Born on Dec. 5, 1932, in Rice Lake, Wis., he was the son of Howard B. and Vivian C. (Crosby) Tucker. His early education began at the Wisconsin School for the Blind in Janesville due to congenital glaucoma. He later graduated from the Winter, Wis., High School. Unsure about what to do beyond high school, his sister convinced him to attend the University of Wisconsin so he could watch Big 10 football. He graduated from the UW School of Pharmacy in 1954 with honors, so that adventure didn't turn out half bad. After college, Arnold returned to Northern Wisconsin to establish Tuckers Drug Store, Inc., in Park Falls.

In 1957, Arnold married Marjorie "Nan" Haggerty, and they welcomed their son, Thomas, in 1960. Nan preceded Arnold in death in 1974. Arnold married Alice Hepner Knotts in 1977, and their daughter, Emily, was born one year later. Arnold continued his lifelong quest for learning and earned an advanced degree in Health Care Administration from the University of Minnesota. Due to diminishing vision, he accepted an appointment to serve as CEO of Flambeau Medical Center in Park Falls. In 1980, he returned to his pharmacy roots, where he built a thriving, small town, independent pharmacy known to the Park Falls locals as Park Pharmacy. As Tuckers Drug Store, Inc. continued to grow, Arnold established North Central IV Home Care, a home infusion service that would meet the home health care needs in northern Wisconsin - one of his proudest accomplishments.

In 1997, Arnold realized his life ambition to not fall victim to a disability and provide for himself and his family had been satisfied. In retirement, Arnold and Alice hosted foreign exchange students from Germany and Kazakhstan, and enjoyed overseas travel to visit friends and ancestral areas. The couple eventually settled in Sun Prairie to be closer to family, medical attention, and Arnold's philanthropic interests. Arnold served as a board member for the Wisconsin Council of the Blind and Visually Impaired for many years and was honored to receive the "Backyard Hero Award" for his services as a diabetic educator and chairing the Council's Finance Committee. Arnold served his local community in every way he could. He was a 32nd degree Mason, a member of the Zor Shrine, Lions Club, JayCees, Park Falls Chamber Ambassadors, Zor Flambeau Clowns, Flambeau Ramblers Barbershop Chorus, Lakeland Barbershop Choir and others. He was a Life Member of the UW Alumni Association, and avid Badgers sports fan. Arnold enjoyed attending concerts at and supporting the Overture Center for the Arts.

He was predeceased by his parents; wife, Nan and their newborn son; a dear cousin, Vernice (Bena) Wiley; and his guide dog, Ward. Arnold is survived by his devoted wife, partner and best friend, Alice and their daughter, Emily (Joseph) Perushek of Baraboo; his son, Thomas (Tammy) Tucker of Merrill; and Alice's daughter, Kimberly (Peter) Jeffers of Chippewa Falls. Also surviving are his sister, Gladys Ruegger of Shell Lake; seven grandchildren; five great-grandchildren; nieces, nephews and many friends.

The family would like to acknowledge a dear friend and nurse, Susan, and the wonderful staff at Agrace Hospice who assisted Arnold in his final weeks. Although he could not see at the very end of his life, his finely tuned mind recognized the voice and smile of a friend or loved one, enjoyed music and delighted in the roar of a football crowd.

There will be no public services at this time.

To plant trees in memory, please visit our Sympathy Store.
Published by Madison.com on Oct. 25, 2020.
MEMORIAL EVENTS
No memorial events are currently scheduled.
To offer your sympathy during this difficult time, you can now have memorial trees planted in a National Forest in memory of your loved one.
Funeral services provided by:
Cress Funeral & Cremation Service - Sun Prairie
GUEST BOOK
1 Entry
Offering our deepest condolences during this difficult time.
The Staff of Cress Funeral & Cremation Service
October 25, 2020