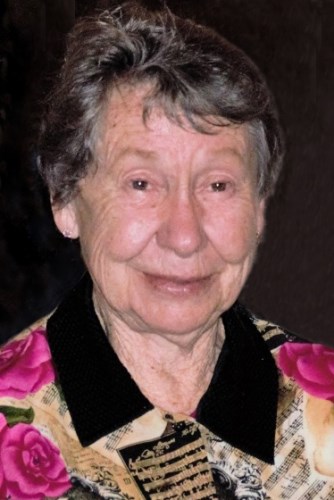 MADISON - Barbara J. Clark, age 82, passed away Thursday, Jan. 7, 2021, at Four Winds Manor. Barbara Jean Pyle was born on Dec. 30, 1938, in Maud, Okla., and grew up in rural Oklahoma. She met her husband, Orville V. Clark, as a teenager while waitressing at a café near Oklahoma University, where he was a student. They married and had their son, Randell V. Clark. The family moved several times, from Oklahoma City to State College, Pa., to Missoula, Mont., until Orville landed his second professorship position at UW-Green Bay, in 1970.

Barbara worked for many years volunteering at the Buy and Sell Shop on Green Bay's campus. In restocking the student shop, she developed her lifelong passion for bargain hunting and rummage sales. Her enjoyment for bargain hunting and for gardening continued into her later years. After a divorce, she moved to Madison to be near her son, and worked many years as a Shopko sales associate, in Monona. She received numerous accolades for her friendly and personal service, before retiring. Barbara resided at Sonrisas, in Verona, for many years, made new friends and enjoyed many group outings. Serious health issues moved her into Four Winds Manor, her last two and a half years.

Barbara was preceded in death by her parents, Jesse and Laura Pyle; her sisters, Opal (Bill) Harwell and Ola (Luke) Montgomery; brother, Raymond Adams; former husband, Orville; and her brother, Eugene (Clara) Pyle. She is survived by her son, Randell; daughter-in-law, Karen; sister, Carol Morrison (Tommy); and many nieces and nephews.

Funeral services will be held at GUNDERSON EAST FUNERAL AND CREMATION CARE, 5203 Monona Drive, Madison, at 2 p.m. on Wednesday, Jan. 20, 2021, with Chaplain Steve Zwettler presiding. A visitation will be held at the funeral home from 1 p.m. until the time of the service on Wednesday. Due to COVID-19 guidelines, social distancing and face masks are required.

The family wishes to thank Sharon Rook, the staff of Sonrisas and Four Winds Manor for all their friendship and care given to Barbara. In lieu of flowers, donations may be made to the Salvation Army, Second Harvest, or charity of choice. Online condolences may be made at www.gundersonfh.com.