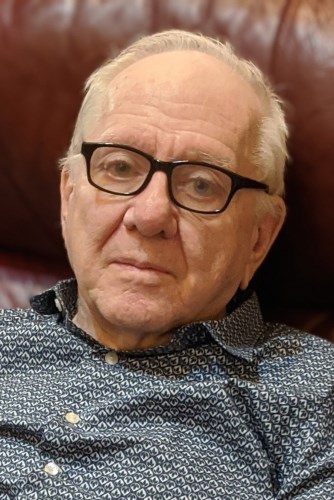 MADISON - Charles Graham "Charlie" Hill Jr. died peacefully in his home on Friday, March 26, 2021. He was born in Elmira, N.Y., on July 28, 1937, the son of Charles Graham Hill and Ethel Pfleegor Hill. He graduated as valedictorian of his high school class at Elmira Free Academy in 1955, and went on to earn a doctorate in chemical engineering from the Massachusetts Institute of Technology in 1964. After serving as an assistant professor at MIT in 1964-65 and first lieutenant and captain at the U.S. Army Nuclear Defense Laboratory in Maryland from 1965-67, Charlie joined the faculty of the University of Wisconsin-Madison's Department of Chemical Engineering-where he worked for the next 39 years.

Throughout his tenure with the UW, Professor Hill was known as an outstanding teacher and mentor. He received more than 20 awards for excellence in the classroom, and authored a widely used textbook, "An Introduction to Chemical Engineering Kinetics and Reactor Design." Charlie served as associate chair and then chair of the department for many years, and held a courtesy appointment as Professor of Food Science and a seat on the Executive Committee of the Environmental Chemistry and Technology Program in recognition of his contributions to interdisciplinary research. Perhaps some of Charlie's fondest professional memories, though, are of his time spent teaching the Operations and Process summer lab course-a unique opportunity for students to simulate "real-world" lab conditions in Madison, London, Vienna, or the city of Oviedo in Spain.

Charlie was an avid sports enthusiast, participating in pickup basketball games with graduate students and other faculty until his late 60s and rooting for the Boston Celtics as well as the Red Sox, Packers, and UW Badgers athletic teams. He was also an active member of Madison's welcoming Contra Dance community, and enjoyed traveling to attend Contra Dance festivals in the Virgin Islands and elsewhere. Charlie coached his daughters' teams in the Madison School Community Recreational leagues from tee-ball through to fast-pitch softball, instilling the values of being a team player, putting forth maximum effort, and demonstrating good sportsmanship.

Charlie wed Katharine M. Koon on July 11, 1964. They shared many happy years together, but were divorced in 2001. They are very proud of their three daughters and their accomplishments: Elizabeth "Betsi" Hill (Rachid Tbahi) of Briarcliff Manor, N.Y.; Deborah "Deb" Medsker (David) of Dublin, Ohio; and Cynthia Sagues of Austin, Texas. Charlie is survived by his former wife; his three daughters; and six grandchildren, Yasmin Hill, Zakaria Tbahi, Garrett and Amy Medsker, and Thomas and Sara Sagues. He was predeceased by his parents; and by his brother, Robert "Bob" Hill of Elmira, N.Y.; and sister, Dorothy "Dottie" Smith of Indian River Shores, Fla. He will be greatly missed by his family, friends, colleagues and former students.

The family would like to express particular thanks to Charlie's caregivers, Joan Smithback of Oregon, Wis., Connie Jameson of Monroe, Wis., and Andee Macleod of Oregon, Wis., for their compassion and dedication to ensuring Charlie's comfort over the course of his illness. Charlie also wanted to thank Jose Coca Prados of Oviedo, Spain, and Hugo Garcia Galindo of Veracruz, Mexico, for broadening his horizons and enriching his life with their close friendship and collaboration over the past several decades. Charlie expressed similar gratitude for his friends and colleagues at the UW Department of Chemical and Biological Engineering-particularly Thatcher Root, with whom Charlie co-authored the second edition of his textbook; and Rafael Chavez, another close friend for many years.

In lieu of flowers, donations in Professor Hill's memory may be sent to the Charles Graham and Ethel Pfleegor Hill Family Scholarship Fund at the University of Wisconsin Foundation, which supports the UW Department of Chemical and Biological Engineering's collaborative international undergraduate courses in Europe-enabling students to participate who could not otherwise afford the opportunity.

A memorial service will be scheduled for Charlie at a later date, when public health conditions are more conducive to in-person gatherings. If you'd like to be notified once the service has been scheduled, please leave a comment in the digital guestbook so that a member of the family can contact you.

To plant trees in memory, please visit our Sympathy Store.
Published by Madison.com on Mar. 31, 2021.
MEMORIAL EVENTS
No memorial events are currently scheduled.
To offer your sympathy during this difficult time, you can now have memorial trees planted in a National Forest in memory of your loved one.
GUEST BOOK
10 Entries
My condolences to Professor Hill's family. He was my academic advisor while getting my undergrad at Madison and my teacher at London Summer Lab in the summer of 1999. I appreciated his approach to teaching through questioning. He was always challenging us in a way that made us learn vs just being told what to do.
Jaime (Vitense) Gervais
April 1, 2021
Charlie was an extraordinary man who touched countless lives on many shores and in many ways. He was a dear friend and will be greatly missed. Farewell Charlie, rest in peace. Kathi, Betsi, Deb, Cynthia and family please accept my deepest Sympathy.
Elizabeth Nair
April 1, 2021
We are so sorry for your loss. Please let us know when the memorial service will be. (Charlie and Tom were colleagues in the Chem.E. Dept. since 19990.)
Tom and Dee Kuech
April 1, 2021
I had the great fortune to met Charlie around 25 years ago, since then we collaborated until his retirement. Charlie was an "Angel" living among us. He was an extraordinary example of human and profesional excelence. Charlie had the most remarkable generous personality with all colleagues and friends I ever known, My students and me will miss your smart and familiar treatment. His dead is an enormous lose, but I am sure that God has received him with love and sympathy. He was a great person and I will miss for ever!
Cristina Otero
April 1, 2021
My sincere sympathies to your family. What a beautiful tribute to such a scholarly man who spent many years sharing his knowledge to many others...
Marylou Hill
March 31, 2021
I´m so sorry Deb and family! You´re dad was an amazing guy! I would like to be notified when you have scheduled a service. Sending hugs.
Heather DiPrima Hasman
March 31, 2021
I am so sorry for your loss. Sending prayers and sympathy to you all.
Mary Heimbecker
March 31, 2021
In 1965 I took Charlie's Chemical Kinetics and Reactor Design course. When I joined the Food Science Department at UW, my interest had been triggered by Charlie to focus my research on kinetics of reactions in foods, especially vitamins. Advice from Charlie was often ought and he readily agreed to be consulted when I ran into problems. He was a great colleague. Rest in Peace, Charlie.
Daryl Lund Professor Emeritus UW
March 31, 2021
Cynthia, Betsi and Deb - I'm so sorry for your loss. What an amazing life your father lived. What an incredible legacy he leaves. Thinking of you and your families - wishing you peace.
Sheryl Gasser
March 31, 2021
I am sorry Charlie has left this world. It will have less snap, mental vigor, dry humor and thoughtfulness with his absence. Charlie was a good friend and we had many things in common. He will be greatly missed.
Katy Schalles
March 31, 2021