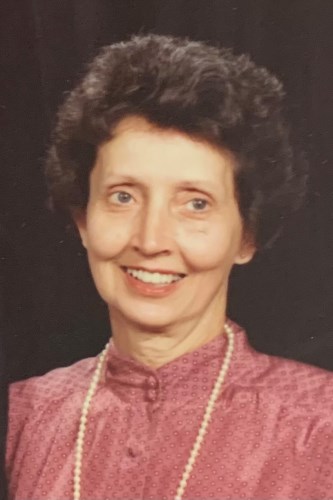 BELLEVUE, Wash. - Cindy Durham (nee Marcene Louan Renken), age 94, passed away from natural causes on Jan. 22, 2021, in Bellevue, Wash., having lived life to its fullest. Cindy was born and raised on a farm near Talmage, Neb. With her father's encouragement, she traveled to Lincoln to study at the Sophy Teeter School of Nursing with the goal of becoming a flight attendant. She proudly served in the U.S. Cadet Nurse Corps, becoming a registered nurse in 1948 and keeping current with educational requirements her whole life. While working as a nurse, she met Leonard ("Len") E. Durham, the love of her life, who became an officer in the U.S. Air Force. They were married for 65 years until Len's passing in 2012. Being a military wife suited Cindy, pursuing her lifelong passion for travel. Together they served tours across the world, including Japan, France, California, Hawaii and D.C. In 2007, they moved to the Nolen Shores Condos in Madison to be near their son and his spouse and children, to help with Quarra Stone Company, their son's business and to attend Edgewood High School sporting events. In 2015, Cindy moved to Washington State to be closer to her daughters and grandchildren. Cindy visited all 50 statesand all seven continents and meticulously documented her travels. Her children and grandchildren continue her legacy of travel.

Cindy's homes were tastefully designed with touches of Japanese and French culture. In Fairfax, Va., she won many Surrey Square holiday decoration awards. She hosted exchange students and corresponded with friends from all over the world.

Cindy was very active in her children's lives, providing them with the opportunities she never had on the farm. Her children achieved the highest scouting honors, were encouraged to learn musical instruments and pursue higher education. Cindy was the original "soccer mom," rooting for her children, grandchildren, and their teammates.

Cindy worked as a volunteer at the White House Correspondence Office for 37 years under seven different administrations, from Richard Nixon to George W. Bush. Coming from a small Nebraska farm, she never dreamed of having lunch in the East Room, participating in the White House Easter Egg Rolls and greeting dignitaries.

She was modest, hardworking, polite, well dressed, and an engaging conversationalist. She test drove sports cars, loved dogs, celebrated birthdays with enthusiasm, and laughed often! She loved her grandchildren unconditionally, and they were devoted to her. Cindy touched many lives and will be greatly missed by all.

Cindy is survived by her three children, Kay of Oregon, James (Cathy) of Wisconsin, and Ann of Washington; five grandchildren, Ashley, Drake, Aleah, Lincoln and Renna; four great-grandchildren, Rowan, Anna, Clark and Claire; her sister, Joan Larsen and her husband, Lee, of Nebraska; her beloved friends, Bill and Ginny Kieran; her godsons, Chris, Brian and their families; and her petite golden-doodle, Bentley. She is predeceased by her husband, Len; and her grandson, Nathan ("Nate") Cowan.

Cindy will be laid to rest at Arlington National Cemetery next to Len.

Memorials are suggested to PAWS or UNMC College of Nursing.

To plant trees in memory, please visit our Sympathy Store.
Published by Madison.com on Feb. 21, 2021.
MEMORIAL EVENTS
No memorial events are currently scheduled.
To offer your sympathy during this difficult time, you can now have memorial trees planted in a National Forest in memory of your loved one.
Funeral services provided by:
Flintoft's Funeral Home and Crematory
GUEST BOOK
3 Entries
Aunt Cindy was an amazing woman. She helped me grow confidence in myself, help me mature and opened her door to me for a few months. She was and is an angel. People say an angel received their wings when they pass, this woman had her wings right her on earth, she was a giving, patient, and just a spectacular person. Her smile was the best. I will never forget her.
Sheri Horvath
March 1, 2021
Kay, Jim, Ann I´m so sorry to hear about the death of your mom. Your parents were so fun to be around and I have great memories of when you all came into town. They were such great friends to my parents and I picture them all together now doing something fun and crazy. The gang is back together again! My deepest sympathies Marcia Hernon (daughter of Rich and Joyce Lewis)
Marcia (Lewis) Hernon
February 22, 2021
I have such fond memories of Cindy! Living right next door she was an integral part of my daily life from childhood and no doubt had some influence on my character. She carried herself with such confidence and poise, that was unlike the average housewife/mom, and it always left me in awe. I am forever grateful for the many experiences she shared with me. So many visits to the White House, shows at the Kennedy Center and chauffeured rides in Lens fancy cars. I loved the Bentley but I think the MG was my favorite! My mom always thought of Cindy as a dear friend and sends her condolences as well. I bet my dad and Len are fixing up a fancy car together and are there to welcome Cindy!
If the Durham family is ever in the old neighborhood, please don’t hesitate to stop by and say hello!
Krissie Harrington
Neighbor
February 21, 2021