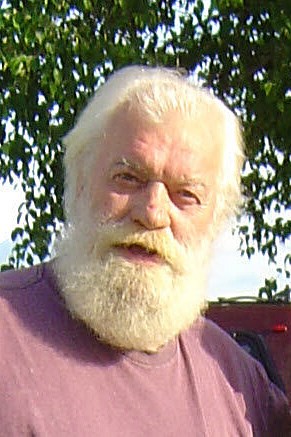 PLAIN - David Robert Beerbohm, of rural Plain, Wis., passed away unexpectedly at the age of 76 on Oct. 5, 2021. Dave was born in Watertown, Wis., on Oct. 28, 1944, to William and Bernice (Wright) Beerbohm. He graduated from Watertown High School, where he took four years of trade school instead of an academic path, culminating in a wealth of knowledge in various trades. He built homes and later went on to pursue his passion as a master upholsterer.

Dave was an avid storyteller and had a set of classic tales he'd pull off the shelf, each telling more animated than the last. He also had a reputation as class clown and jokester of the family when he was younger, according to his mother and siblings. The fact that he still had packages delivered to him at the "You Better Get Kraz-E Ranch" illustrates that this sense of humor never left him even as he aged.

Throughout his life, Dave enjoyed the great outdoors, hunting, fishing, trapping, and camping with the family. He also enjoyed leisurely drives to nowhere, watching for wildlife and the fall colors. When he wasn't outside, he spent time in his workshop where he expressed his talents as a woodworker and an inventor of sorts, making countless creations out of found and recycled objects, including his series of "psychedelic birdhouses" and more recently, a souped-up deer hunting shack, complete with a solar-powered radio and television. He generously shared his artistic woodworking pieces with family and friends, and gave his time and talents helping whoever needed it. Dave was also the sole proprietor of Bob's Bicycle Shop, a fictional business he regularly snuck into his phone greetings and others played along with. His daughter Cassie is still wondering when he'll finish replacing the streamers on her handlebars. We don't know much about death but one thing is certain-if anything follows Dave into the afterlife, it will be a trail of laughter and smiles.

Dave is survived by his wife of 18 years and partner for many more, Veronica Schmidt; daughter, Cassie Feltz of Madison; special stepson, Anthony (Sheila) Klauer of Sun Prairie; and sons, Scott (Jill), Joseph (Shirley), Todd, and Paul Beerbohm of Watertown. He is also survived by his siblings, Caroline Evans and Donald (Zona) Beerbohm of Johnson Creek; grandchildren, Owen and Maxwell Feltz, treasured Serenity Klauer, Jenna Hutchins, and Jordan, Brandon, and Alicia Beerbohm; a great-granddaughter, Nelly Beerbohm; brothers-in-law and special friends, Brian Schmidt and Allen Timm of Watertown; and many other relatives and friends.

Dave was preceded in death by his parents; siblings, Karen Timm, Shirley Mallow, and William Jr., Larry, and Jerry Beerbohm; and his beloved dog, Drake. From all of us still left on this earth-we'll see you on the flip flop, Dave.

A private celebration of life will be held at a future date. Gunderson Funeral and Cremation Care is assisting the family with arrangements. Memories may be shared at www.gundersonfh.com.

Published by Madison.com on Oct. 10, 2021.
To plant trees in memory, please visit the Sympathy Store.
MEMORIAL EVENTS
To offer your sympathy during this difficult time, you can now have memorial trees planted in a National Forest in memory of your loved one.
Funeral services provided by:
Gunderson Funeral Home - Madison
MAKE A DONATION
MEMORIES & CONDOLENCES
Sponsored by Gunderson Funeral Home - Madison.
1 Entry
Thinking of you and missing you always. Love you, Dad.
Cassie
Family
October 10, 2021
Showing 1 - 1 of 1 results