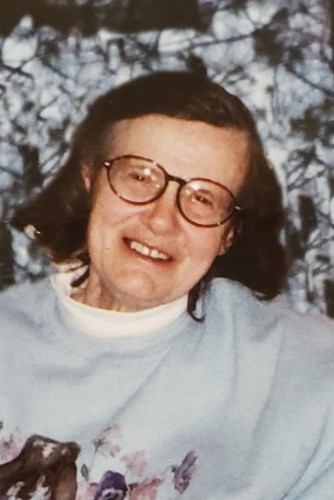 Doris was born July 21, 1935, to George and Lena (Laufenberg) Wagner in Middleton, Wis. She married Earl Maier on Aug. 12, 1954, at St. Peter's Catholic Church in Ashton, Wis. They first farmed outside of Westport and then moved to Marshall in 1969 and farmed there for many years.

Doris' loves were her family, the farm, and reading whenever she could. She was a gentle, loving person, always willing to listen to her children's and grandchildren's concerns with the promise they would be in her prayers.

She was preceded in death by her husband, Earl, in 1999; her son, Thomas Maier Sr., in 2017; her parents, George and Lena; siblings, Father Donald Wagner, Delores Wagner, Stanley and Wagner; and two infants.

Funeral services will be on Friday, July 16 at 11 a.m. at ST. JOHN'S CATHOLIC CHURCH in Waunakee, with Monsignor Gunn and Pater Jorge Miramontes concelebrating the Mass. Visitation is on Thursday, July 15 from 5 p.m. to 7 p.m. at the WINN-CRESS FUNERAL HOME in Waunakee, where a rosary will be recited at 7 p.m. There will also be visitation at the church on Friday from 10 a.m. until the time of the services. Burial will take place in the church cemetery.