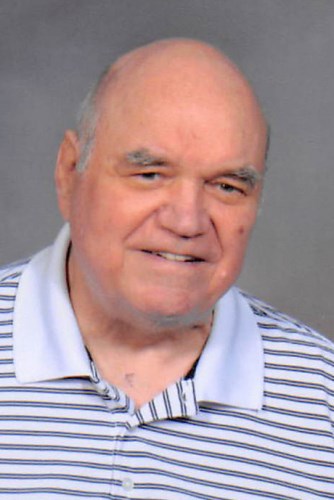 STOUGHTON – Edward Joseph Starostovic Jr., age 87, of Stoughton, passed away on Wednesday, Dec. 16, 2020. He was born on April 8, 1933, in Chicago, Ill., the son of Edward Sr. and Ester Ruth (Guinee) Starostovic. At age 15, Ed met Marilyn Anne Mucek. They were high school sweethearts that eventually were married on June 23, 1956. They had four daughters, Lynn, Ann, Karen and Susie.

Ed served in the U.S. Army during the Korean War from 1953 to 1955. Following the service, Ed pursued an education at the Illinois Institute of Technology where he earned a Bachelor of Arts degree in 1958. Immediately thereafter, he moved his family to Wausau, Wis., where he became owner of the Structural Plywood Company (renamed PFS) in addition to being manager at Wausau Homes. He had a very successful career as both an entrepreneur and a registered professional engineer in several different states. He moved his family one last time to Stoughton, Wis., in 1972. Over the years, he bought and sold more than a few companies, including TECO (sister corporation of PFS) in Madison, Wis., and Rowe Pottery Works in Cambridge, Wis.

As a respected leader in his field, in addition to his primary roles, Ed held many board, council, and chair positions with companies and associations such as the Wausau Area Regional Plan Commission, Automated Builder, AST International, formerly known as the American Society of Testing and Materials, the National Association of Home Builders, Industrialized and Modular Buildings, the President's National Manufactured Housing, and the Wood Heating Alliance.

Ed served as a delegate for the United States-USSR Technical Exchange Agreement in Washington, D.C., since 1977. He was a part-time lecturer on factory-built housing at the University of Wisconsin-Madison.

Ed has maintained involvement with several prestigious groups, such as the International Association of Electrical Inspectors, the Forest Products Society, the American Society for Quality, and the National Institute of Building Sciences. He participated on the steering, main, and modular housing committee reports to Congress in 1988. Further industry association to his credit includes authoring multiple articles to various peer-reviewed journals.

Throughout his career, Ed has gained acknowledgment for his achievements. Notably, he received an E. Kurtz Award from the National Association of Building Manufacturers in 1972. He was also the recipient of the S.A. Walters Chairman Award from the Building Systems Council in 1989. In recognition of his numerous accomplishments, Ed was previously selected for inclusion in the 50th and 72nd editions of Who's Who in America, the 20th and 21st editions of Who's Who in the Midwest, and the 10th edition of Who's Who in the World. Although he was happy to have been honored with these accolades, he considered the highlight of his work to be learning over time how to work and develop with the people around him. In his free time, Ed enjoyed studying wild birds and working with plants.

Due to COVID-19 mass gathering restrictions, a private burial will be held at Lutheran South Cemetery. A public celebration of his life will be held on Saturday, April 3, 2021, at a site and time yet to be determined. The family would like to extend thanks to St. Croix Hospice and SSM Health for their loving care given to Ed. Online condolences may be made at www.gundersonfh.com. 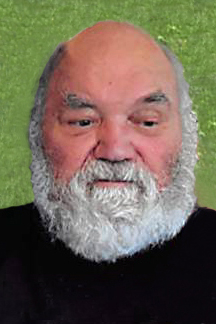 To plant trees in memory, please visit our Sympathy Store.
Published by Madison.com on Dec. 20, 2020.
MEMORIAL EVENTS
Jul
10
Celebration of Life
Stoughton VFW
GUEST BOOK
1 Entry
Thinking of all Edward meant to me: growing up together he was like my brother, visiting over the years I enjoyed his fellowship. I will miss him. Prayers for you, Marilyn.
Bob knaack
December 22, 2020