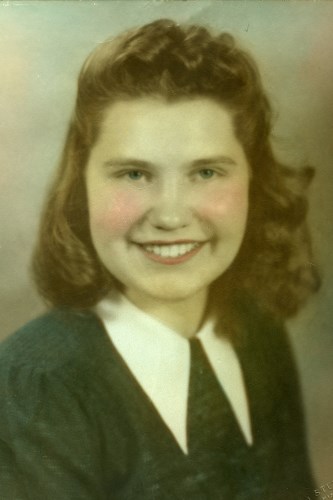 MADISON – Fern Helen (Hammerstrom) Baard died just one day before her 95th birthday on Monday, Feb. 1, 2021, from injuries sustained in a fall on New Year's Eve. Fern was born on Feb. 2, 1926, in Luck, Wis., to Carl "Boo" and Florence (Carlson) Hammerstrom.

Fern grew up near Luck, Wis., with her older sister, Jane. She graduated from Luck High School in 1944 and received a degree in social work from Hamline University in 1950.

Fern met Robert Baard at a dance, and they were married on Sept. 10, 1949, in the Atlas United Methodist Church in Polk County, Wis. Sadly, Fern's mother, Florence, died soon afterwards. Fern and Bob lived in many Wisconsin cities before coming to Madison in 1959. They had four children, Rebecca, Barbara, Paul and Ronald. On May 9, 1985, Bob died from lung cancer. Barb died on Aug. 1, 2020, six months before her mother.

Fern worked for the Dane County Department of Human Services as a social worker for over 30 years, and retired in 1991. She was a longstanding member of Trinity United Methodist Church. Fern developed many lifelong friendships through work and church.

In 2008, Fern moved to Wynwood Assisted Living, which later became Brookdale Madison West. She lived in her apartment at Brookdale until a month before she died. Fern was grateful for all the care provided to her by her son, Paul, and daughter-in-law, Sandee. Fern and Paul enjoyed having coffee together several times a week.

Fern was a warm, caring, generous person who was always interested in the lives of others. She kept in touch with friends and family over the years through cards, letters and phone calls. She was an amazing piano player and continued to play up until a few years before she died. Fern loved to cook and was famous for her homemade buns, which were always a part of family celebrations. Fern and her sister, Jane, were very close and loved spending time together with their families.

Fern is survived by her children, Becky Martel, Paul (Sandee Schuster) Baard, and Ron (Mary) Baard; nieces and nephews, Sarah, Rachel, Carl, Jeanne, and Daniel; grandchildren, Lauren and Karin; great-grandchildren, Caleb and Sophie; other family and many friends. She was preceded in death by her husband, Bob; daughter, Barb; sister, Jane; and her parents.

The family would like to thank past and present staff of Brookdale Madison West for their care and friendship throughout the years. A special thank you also goes to Agrace HospiceCare and Oak Park Nursing & Rehab Center for their compassionate care after Fern's fall.

Due to current COVID-19 restrictions, the family is planning a combined Celebration of Life for both Fern and Barb at a later date, tentatively June 26. 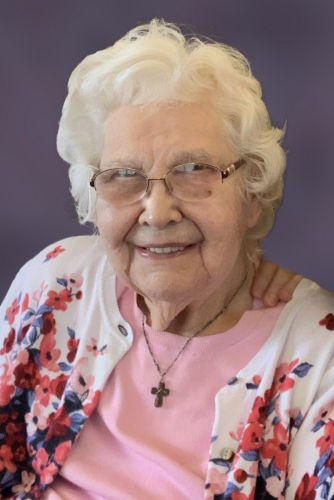 To plant trees in memory, please visit our Sympathy Store.
Published by Madison.com on Feb. 14, 2021.
MEMORIAL EVENTS
No memorial events are currently scheduled.
To offer your sympathy during this difficult time, you can now have memorial trees planted in a National Forest in memory of your loved one.
Funeral services provided by:
Ryan Funeral Home - West Side Chapel - Madison
GUEST BOOK
1 Entry
Fern was such a kind person at church. I so enjoyed singing Christmas carols and visiting.
Karen M
February 16, 2021