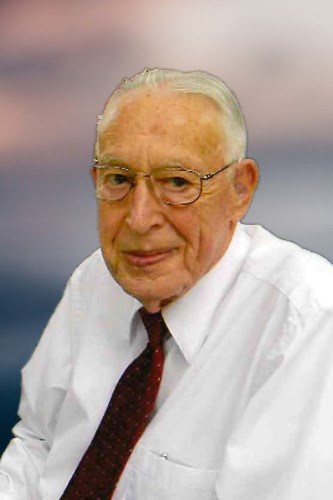 MADISON - Fred Currier, age 94, a long-time resident of Madison, Wis., passed away due to COVID.

Fred was born and raised on a farm in Kensington, Kan. He served in the U.S. Navy, in the Pacific theatre, in World War II. After the war, he returned to the farm for 10 years. He then moved to Madison, where he attended Madison Business College, earning an associate degree.

Fred met the love of his life, Lillian Michaelis, at a dance, and they married in 1956. They were married 55 years until her death in 2012. They lived in Madison for 42 years. He built their home with his own hands. He built homes, was an insurance agent, a realtor, and worked for the State of Wisconsin and the Higher Education Aids Board. He and Lillian enjoyed raising their two boys and traveling, especially back to Kansas, the mountain west states, and to visit historical sites. They retired and moved to Homosassa, Fla., for several years. They eventually moved back to Wisconsin to be closer to family.

Most of all, Fred enjoyed his family. He loved to fish, hunt and collect guns. He was a member of the American Legion, VFW and was a Mason for 69 years. He was a 32 degree Scottish Rite Mason. He cared deeply about others, supporting many charities that were close to his beliefs and heart.

Fred is survived by his sons, John (Peggy) and Guy "Rick" (Laura) Currier; his sister, Mary Young; sister-in-law, Reggie Michaelis; many nieces and nephews; seven grandchildren; and four great-grandchildren. A memorial service will be arranged at a safer date and time.

To plant trees in memory, please visit our Sympathy Store.
Published by Madison.com on Jan. 6, 2021.
MEMORIAL EVENTS
No memorial events are currently scheduled.
To offer your sympathy during this difficult time, you can now have memorial trees planted in a National Forest in memory of your loved one.
Funeral services provided by:
Cress Funeral Home & Cremation Services - Waunakee
GUEST BOOK
2 Entries
I knew Lil and Fred very well; they were a beautiful couple. I know Fred is now in heaven with Lil; together again. May God bless them both. Mary Lytle
Mary Lytle
January 6, 2021
I loved working with Fred at the Higher Educational Aid Board (later WHEC). He was a warm, kind man with a wonderful sense of humor. I'm glad he had such a good long life. God Bless you, Fred!
Diane Puchta
January 6, 2021