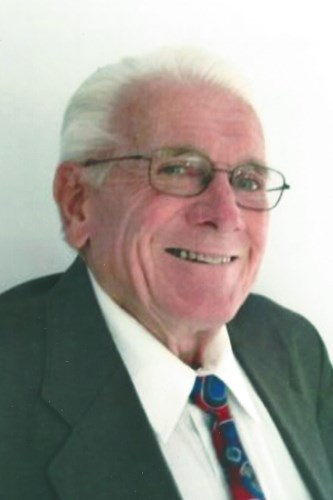 ARLINGTON - Harold A. Currie was loved by all who knew him for his generosity and positivity. He passed away quickly and peacefully on Aug. 26, 2021, after a long battle with COPD and heart issues.

He was born on Feb. 7, 1944, in Madison, to Andrew Mair and Margaret Pearl (Wilkinson) Currie. Harold graduated from Poynette High School and attended the University of Wisconsin-Madison. He was a dairy farmer for over 50 years on his family's beautiful third-generation farm and then enjoyed driving truck in his retirement. Married for 54 years, he met his wife, Annette, dancing on the big floating wood floor of the Park Ponderosa Ballroom in McFarland. Harold and Annette had two children, Angela and Adam.

Early in their marriage, Harold and Annette enjoyed curling and snowmobiling. They helped to found the Arlington Prairie Drifters Snowmobile Club and also the Arlington Firemen's Festival Annual Truck Pulls. Harold had a passion for convertible cars – he owned several in his lifetime, but his favorite was a wine-colored 1963 Galaxy with white interior, and most recently, he could be seen cruising his "little red car," a Pontiac Solstice. Harold was in the U.S. Air Force and was a National Guard member. He also served as commander at the Poynette American Legion where he was proud to have helped renovate the Poynette Veterans Memorial.

He was preceded in death by his parents; and sister, Mary Margaret Fitzgerald. He is survived by his brother, Harland; wife, Annette; daughter, Angela Zbornik (Travis); son, Adam (Leah); grandchildren, Sadie Pearl and Connor; and extended family.

He will be greatly missed.

A celebration of life will be held Sept. 11 from 11 a.m. to 4 p.m. at the POYNETTE AMERICAN LEGION, with military funeral honors and prayer at noon.