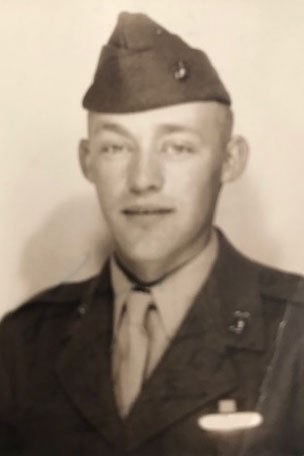 Herbert enlisted in the U.S. Marine Corps in 1954 at the age of 17, and retired in 1974 after serving 20 years. His travels included Greece, Okinawa, and a tour of duty in Vietnam. After returning to Sun Prairie, he worked at the Oconomowoc Canning Co. in Sun Prairie and took care of the warming house for the Wetmore Park ice rink. During this time, he operated Herb's Lock and Key as a locksmith. He greatly enjoyed all of the people that he had an opportunity to serve. He was an avid fan of slots at Ho-Chunk Casino. He enjoyed fishing, hunting, poker playing at family get-togethers, and even found time to be grumpy.

He was preceded in death by his parents; sister, Emelle Fulton, her husband, William Fulton, and their sons, Dale and Gale Fulton; and sisters-in-law and brothers-in-law, Mary and Frances Koch, Art and Gertie Morschauser, Archie Skogman, Virgil and Cheryl Morschauser, William Mueller, and John Morschauser.

Per his request, no service will be held. 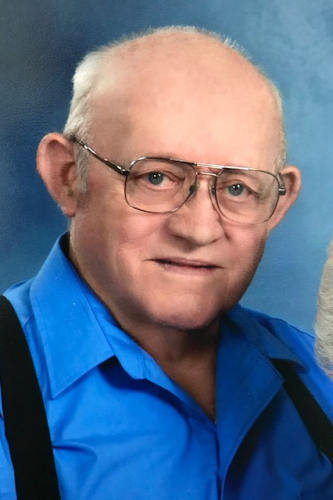 To plant trees in memory, please visit our Sympathy Store.
Published by Madison.com on Feb. 14, 2021.
MEMORIAL EVENTS
No memorial events are currently scheduled.
To offer your sympathy during this difficult time, you can now have memorial trees planted in a National Forest in memory of your loved one.
Funeral services provided by:
Tuschen-Newcomer Funeral Home
GUEST BOOK
4 Entries
Clara, sorry for your loss. I was your paperboy 50 years ago and always enjoyed seeing you and Herb. You are the most cheerful person I know, and Herb had a million stories. I don't think anyone bought that "grumpy" bit. He was a big teddy bear.
Tim Larson
February 21, 2021
Clara and Family, My deepest sympathy to you on Herb's passing. I was saddened to hear of his passing. It was truly an honor and privilege to know and care for him for those years. He really was special and I always so enjoyed our visits. He tried to be grumpy but mostly he was tough and through it all caring and honest to the bone. Don't think anyone had to guess where they stood with Herb. He will certainly be missed. And Clara do take care of yourself now. Would love to tell you that in person if it was not for this pandemic. Greg Motl
Greg Motl
February 16, 2021
So sorry for the loss of Uncle Herby. I have many fond memories of "My Buddy"
Happy Herby. A lot of friendly teasing between him and me. I will miss him.
Rosetta Hockett
Family
February 15, 2021
The Feuling family, so sorry for your loss.
Joe Wickham
February 15, 2021